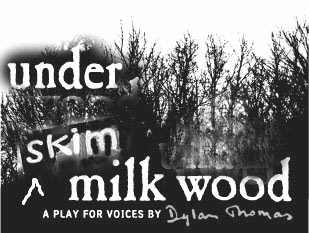 As I was saying (and in this I am approaching the windbaggedness of my own chosen subject), there is one particular work which is considered his Masterpiece. This is Under Milk Wood, in which the ravelled and burlap-clad townsfolk of Llareggub (which is, surprise-surprise, nudge-nudge, wink-wink, "Buggerall"spelled  backwards) declare themselves as if each one of them stood on a soapbox in the Town Square.

It's pretentious, it's showy, it's writing that calls attention to itself, a thing I loathe beyond description. I've probably reviewed 350 books in my time (and if that sounds like a lot, I did one a week for a long time, and doesn't that add up, folks? Or can't you do math?). It's verbal fireworks, it's "oooooooh" and "ahhhhhh" and "oh, isn't it marvelous", which (like all showing off and verbal swaggering) it isn't. 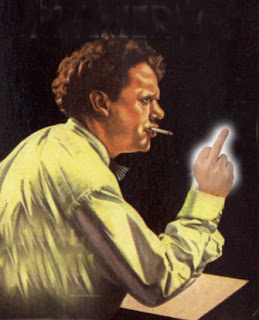 In my tireless and demanding research for this thing, I discovered how many different versions of this "play for voices" have been produced over the years. God knows how it was supposed to be presented: each player standing in front of the audience with a paper bag over their head? (for after all, each one has an annoying habit of introducing him/herself so there won't be any confusion: "Fiddle-dee-dee, I am Mr. Prothero the Butcher! Come and see my meat!" And stuff like that.) 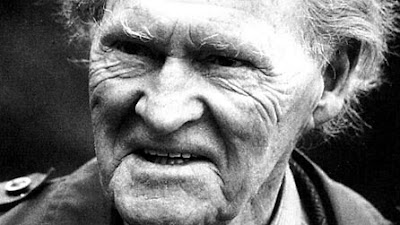 The thing was made into a movie, of course, with Richard Burton playing the town drunk. I discovered today that there was a highly-praised dance version, though how you can dance in Welsh is simply beyond me.

What next, I wonder? Under Milk Wood performed in American Sign Language? With semaphores, or maybe in Morse code? How about Dylan Thomas on Ice? 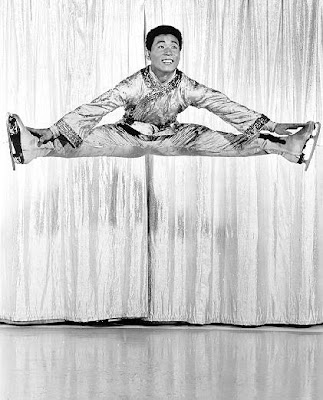 There's no end to it, it seems. In my exhaustive (and exhausting) research,  I stumbled upon a far better writer who never got his due because he was too busy fuming bitterly about how his famous rival Dylan Thomas got all the babes, even if his prick was as limp as a pickled eel from the Llanfairwlllpggygygogoch Tavern.

His attempt to copy Dylan Thomas almost succeeded until he got partway through the play and broke into one of his inebriated rants. Plus people were just a little puzzled by his name: Dullyn ("Cosmo") Thomas: didn't he look just a little bit like Kramer from Seinfeld? SinceSeinfeld wouldn't be invented for another 40 years, it was a strange comparison to make.

So here, without any reservations except for the quality and relevance of the work, I present a heretofore ignored and neglected masterpiece. 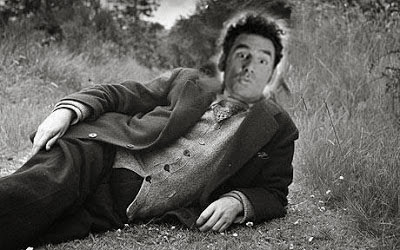 Hark! Listen ye! Come closer, closer! until ye can breathe in me foul alcoholic breath. For I am about to tell’ee of many things! Of many things, yes! that you are not interested in. Of many quaint people! Of many quaint folk in the buffling, baffling, blustering, blistering darkness, buffooning like circus-tents in the sussurating Swansea spring, of many fair quair folk who aren’t like anybody, see, 'cause I just made ‘em up on the spot.

Come see, everybody, how this imaginary Welsh town carved out of malt and marzipan made Dylan Thomas rich! And an injustice it was, too. It was Dullyn Thomas that got here first, which is how this rip-roaring cascade of clichés got started. I’m like to rip his fat sodden gullet out and wring his crapulous neck like a chicken! But that is a tale for another time. For Mr. Thomas now holds up the wall of the pub, and as he holds it up, he begins to remember. . . 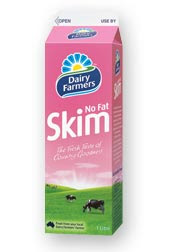 About the old lady, Mrs. Teacozy, who used to sit on her front porch and wonder when the tide would come in. Which is strange, because Mrs. Teacozy lived 450 miles inland.

About Mr. Prothero, the scientist, who blew off his hair doing an experiment in the bedroom and lost his wife’s favour forever, for he blew off his dick at the same time.

(Which is a shockingly earthy, sexual, explicit thing to say. Oh my goodness, Dylan Thomas is such a sensualist and was probably great in bed.) 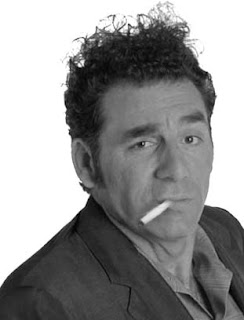 Second voice: Frankly, this play’s so dead, I can’t distinguish it.

Third voice: Extinguished, are you?

Fifth voice: Yes let us gasp at the wordplay as if we’re seeing the fireworks. Which in fact we are. 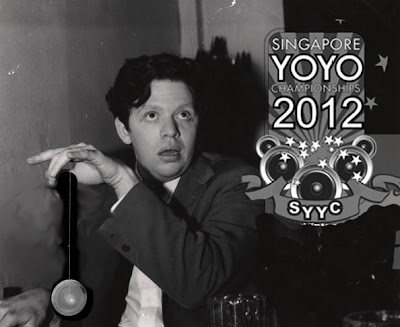 Mr. Curmudgeon: And you mean to say, me lad, that you don’t think of all this play-writin’ business as just a lot of literary showin’-off?

Me lad: Yes, me Mr. Curmudgeon. It IS a lot of literary showin’-off, but that’s just the point.

Mr. Curmudgeon: The showin’ off? 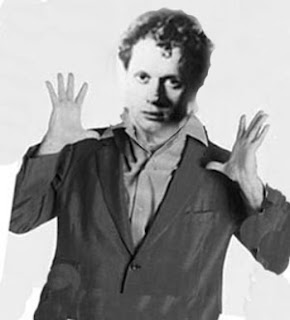 Plump Young Lady in the Bushes: And then I seduced him, aye. I rolled around in the grass gettin’ me dress dairty, and I opened me legs and I sinned and sinned until me diaphragm exploded.

Fifteenth voice: Oh Mr. Playwright, please,please isn’t it about time this play got started? I meansay, up to now it just doesn’t seem to have much of a point.

Mr. Cadwalladwrrwrr: Oh but the point is, I drownded at sea fifty years ago and it were wonderful. Now the fishes swim through me eye sockets and eat me brain.

Mrs. Cadwall-whatever: You bastard, get back into bed and sarrvice me! 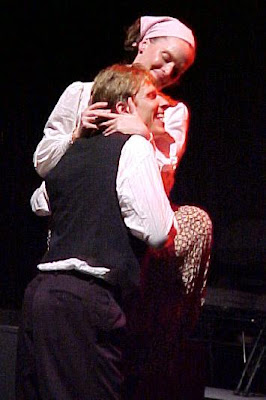 (Oh, the earthiness! The bawdiness! The Chaucerian attempts at naughtiness!)

So. Ye heark. Heark ye, for the citizens of Blowitoutyourarse are about to Speak. They don’t have much to say but that never slowed down that other Mr. Thomas up until now. Moreover, I am about to reveal his Literary Secret, his method. He collared some lad in the White Horse pub and had him scrawl down any-such-thing because he had a publisher’s advance, see? So it was time for him to get right poetical-like.

Miscellaneous voice:  Yes. Nothing inspires the poet like a few dozen pints of Guinness, a pathetic publisher’s advance that’s already spent and a towering deadline, after which will follow a timely and merciless lawsuit. So it were time Mr. Thomas began to write about his imaginary little village, which to avoid being sued for libel he renamed Lllargybargybrwllltwlltwwlt – 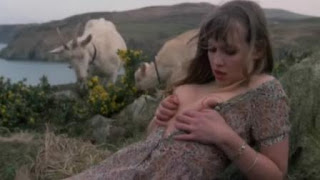 Another Plump Young Lady, but not as seductive:
- which keeps on changin’ its spellin’ -         just to confuse the tourists – who come to here to Blowarse, as we like to call it, to see the heavin’  bleedin' whales in  the place of his boyhood – that other Thomas, I mean, the one who could write –

(Oh, the tight-lipped pastor – such wicked mirth at his expense!)

Dylan Thomas:  There are no whales in .

(All voices, in unison): Just wails! 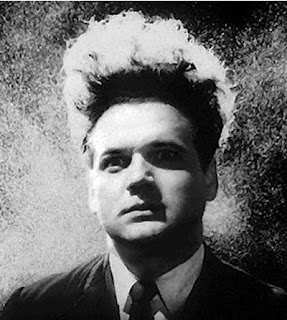