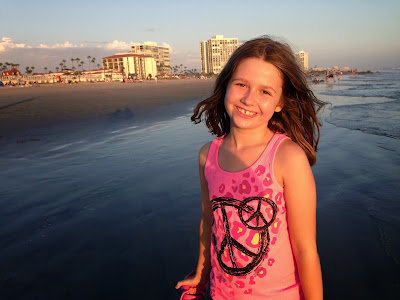 I have a ton of beautiful photos from my grandkids' vacation in California (in which they did seven theme parks in seven days!), but I haven't had time to sort through all of them. Meantime here's one of California girl Caitlin, looking particularly radiant, the sun bringing out the hint of red in her hair. Caitlin, the eldest grandchild, whom I watched get born, will soon turn ten. I remember ten. . . The Beatles had their first appearance on the Ed Sullivan Show on February 9, 1964, my tenth birthday. A couple of months earlier came the Kennedy assassination (a post in itself, I think, because my memories of it are both distinct and very bizarre.) And Grade 5, now there's a topic: I was involved in one of those infamous educational experiments of the '60s in which there was no curriculum and children were supposed to learn everything at their own pace, according to their own inclinations and interests. Needless to say, no one learned anything all year.

The world this California chestnut-haired girl is growing up in is so radically different. Better and worse at the same time. There's a lot I can't help her with because I don't know what the hell it means. I often feel I'm falling farther and farther behind, but behind what? A bullshit system I want no part of. Sometimes I think that if it weren't for the grandkids, I'd turn into a sour old crank. 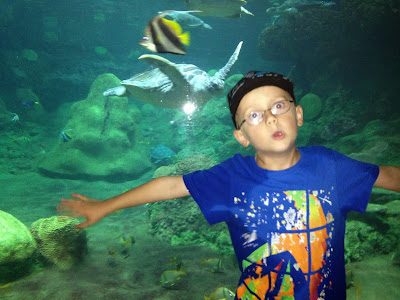 Not much has turned out the way I thought. Dreams have come true in fragments, fractions (and I was never very good at those). Most haven't come true at all. And I'm not even sure what I did wrong.

Against the odds, in spite of a rotten and sometimes horrific childhood full of every conceivable kind of (completely denied) abuse, I have co-created a wonderful family that now spans into the next generation. This isn't supposed to happen. It's yet another one of those homilies I hate, beliefs or sayings people swallow whole without thinking about them: "You can't give away what you never received." 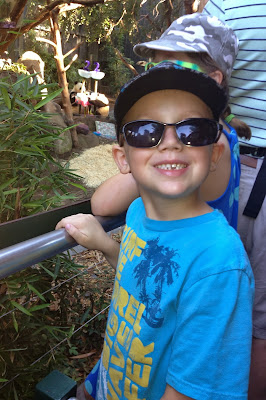 Horse pucky! You can so, and I am living proof. I'm the best grandma in the world, and I was a pretty good mother considering I had virtually no mothering myself, nil experience, had never held a baby, and disliked children.

I have however had that hideous experience of "friends" somehow replicating the most soul-destroying aspects of my upbringing, in full knowledge of  how devastating their behaviour is. Then acting as if they don't know what you're talking about. 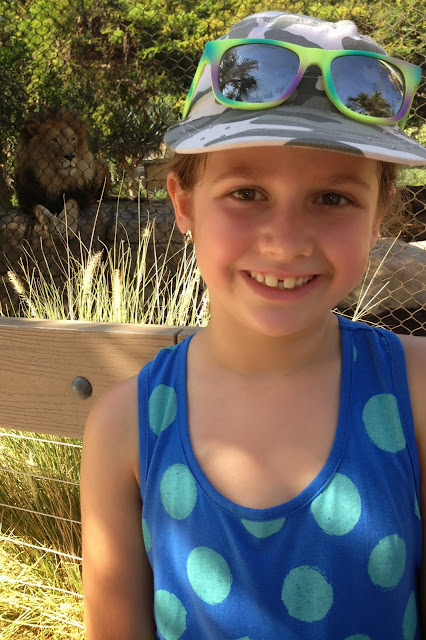 So this is my life? I guess so. God, that rain out there is hard.