's prime minister, Kevin Rudd, a devout Christian, has stared down a pastor on live television and cited scripture while delivering a stirring defence of gay marriage.

In footage that has since gone viral on the internet, Mr Rudd declared that "people don't choose their sexuality" and said if The Bible were taken literally, slavery would still be legal.

His impassioned defence of his decision to throw his support behind same sex marriage came in response to a Christian pastor who asked on a chat show featuring audience questions: "Kevin, if you call yourself a Christian, why don't you believe the words of Jesus in The Bible?"

Mr Rudd, facing defeat in Australia's election on Saturday, responded: "Well mate if I was going to have that view, The Bible also says that slavery is a natural condition. Because said in the New Testament: slaves be obedient to your masters. And therefore we should have all fought for the confederacy in the US Civil War. I mean for goodness sake. The human condition and social conditions change."

Mr Rudd said be believed his decision to support gay marriage was in line with The Bible's emphasis on "universal love".

"I concluded in my conscience, through an informed conscience and a Christian conscience, it was the right thing to do," he told ABC TV's Q&A show. 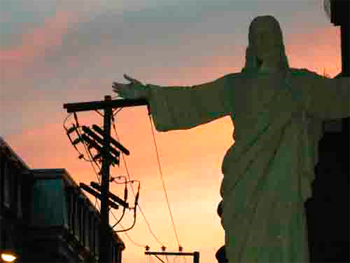 This amazing four minutes is making the rounds. It proves that it's possible to have a lightbulb come on regarding your former beliefs, not just flip-flopping to garner votes but realizing in the clear light of day that human beings in all their diversity deserve compassion, understanding and a fair shake.

The glazed eyes and bolted doors apparent in the faces of the audience speak volumes about their own limited beliefs, and this misguided pastor with the ominous "Republic" shirt (?) seems ill at ease and even afraid. Rudd speaks with poise, confidence, and heartfelt conviction, and with a refreshing absence of shouting, fist-pounding and empty rhetoric.

After studying it formally for 15 years and even teaching classes, I know my Bible pretty well, and I challenge conservative Christians to find any kind of statement from Jesus on homosexuality. It simply isn't there. And yes, Saint Paul, who could pound fists with the best of them, not only stated that slaves should obey their masters, but that wives should "submit themselves" to their husbands! Rudd didn't need to pull this one out, and to his credit he didn't, but he certainly could have.

Does this mean we should just toss the Bible away as irrelevant to 2013 and all its multiplicity of views?  In the words of theologian Marcus Borg, it's possible to take scripture "seriously, but not literally." I think that Jesus so embodied near-unthinkable changes in human consciousness that he was put to death for it.  But who has that sort of guts, these days? 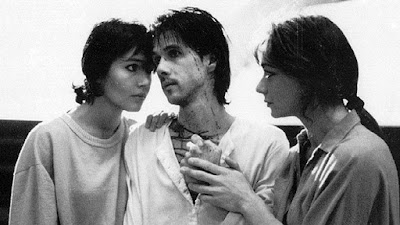 Posted by Margaret Gunning at 10:32 AM No comments: