As an addendum to my Raise Giant Frogs nightmare post of a few days ago, here is a phenomenon of nature which I hitherto knew nothing about.

When you startle a frog, it screams.

Sometimes it sounds like a prolonged cat-yowl, or a balloon with the air slowly leaking out of the opening.

One wonders at the purpose of the scream, but it would seem to be either self-protective (the people in this video aren't necessarily being very nice to the frogs, and in some cases are actually provoking them) or a general alarm to the whole frog-pond. Human alert - whoop, whoop!

I never knew frogs screamed before, or that frogs could play video games, lunging at screens that have rapidly-moving buglike images on them. Clever? Yes. . . but not TOO clever. Frog might swallow the whole damn thing.

Girl on the Clock: Harold is everywhere!


How did this ever happen? Perhaps the YouTube video is now unplayable, but I don't think so. Did I delete this post (or a facsimile of it) about the incredible Sofia Vergara Cover Girl makeup ad in which she dangles from a huge clock just like You Know Who?

Anyway, it was here, and then it wasn't. And now it's here again, and I have no idea why I deleted it in the first place, except that maybe I was having one of "those days" when I thought that everything I did was pointless and would never get off the ground.

I don't know if it's my imagination, but I don't think it is: Harold Lloyd seems to be everywhere these days. A few months ago I saw this ad and was astonished. Vergara isn't nearly as cute as Harold, and her heavy accent makes the slogan come out as, "Ea-see, grea-see, beaudd-iful Coavr Grrl."

So what is going on here? How much of it is real, and how much is wishful thinking on my part? 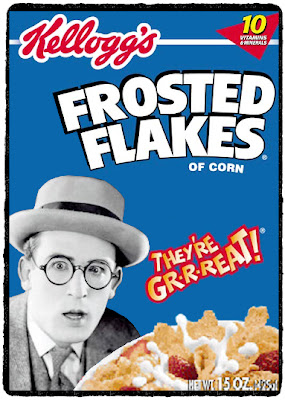 The 2 1/2 people who religiously follow this blog (one-and-half of whom are Matt Paust) will realize that my sole obsession over the past five years or so has been Harold Lloyd and my novel centred around his life and career, The Glass Character. After moaning for several years that no one in publishing would give me the time of day, a publisher DID give me the time of day and I signed a contract. To my relief and joy, it will be coming out in the spring with Thistledown Press.

So what will happen then? Will doors swing open for this novel, will I be able to tell my story the way I've longed to for years? Has Harold really penetrated the popular culture the way he did back in 1923? There's something oddly contemporary about him, with his natty suit, specs and neat straw boater. No outlandish makeup, no crossed eyes or facepulling or stony non-expression. Did he have a gimmick? Not really. I think he was merely good. 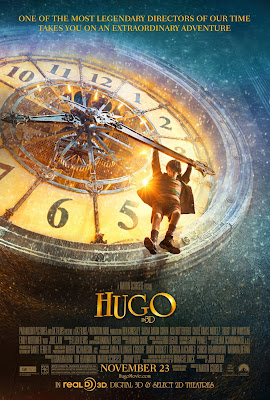 It's hard to be possessed by something, to not know where it will take you, but at the same time it's incredibly exciting. Some performers don't go away, or else - eerily, we know not how - they come back. It has been a long trudge, with many a twist and turn, and wherever "there" is, I'm not there yet. Do I enjoy the journey? Sometimes. But other times, dear God, I just want to stop for a drink of water. 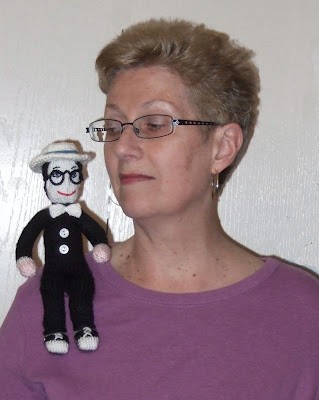 
Posted by Margaret Gunning at 11:25 AM No comments: