THE FLY: a cautionary tale

Never trust a clown with a social disease

His Satanic Majesty, the Milkster, is back. All it took is one mis-reference in my last post (i. e. the title of a Harold Lloyd movie, The Milky Way) to trip off the awful synapses, releasing the nightmare miasma of my Milky memories.

Though Milky never actually inspired a suicide cult, he could have. You could just as easily put cyanide in Twin Pines milk, couldn't you? Actually, it might even be more pleasant to take. And there's something else about Twin Pines. . . 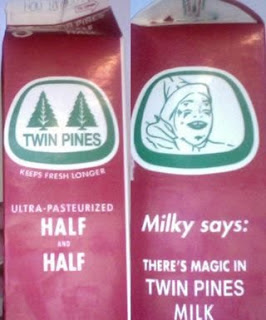 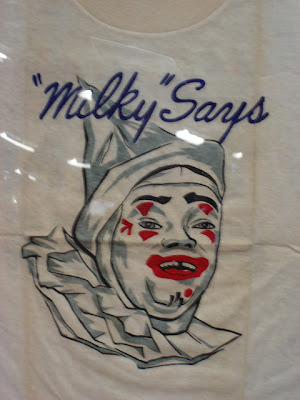 I have no idea what this is or how it got here. It just appeared like boils from a plague. It could be a very, very stained old tshirt, but why leave us hanging with such a motto? "Milky" Says - WHAT?? Maybe you turned the shirt over and it said "blow me".

I always suspected Milky had superior mathematical skills, and now I know it. Just look at this fraction here, it's unbelievable, isn't it? Never mind that it looks like his mother made that suit out of an old bedsheet. He was on a different system from all the rest of us.The system of clowns whose  brains had been eaten away by social diseases contracted during their low-budget Shrine Circus days. The system of hot dirty canvas and heaving sawdust and straining ropes. The stench of animal dung and the screams of little children. 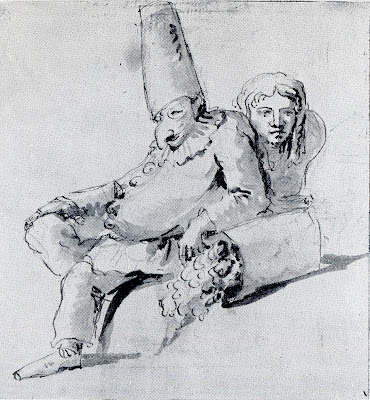