Dancing in the light: little ballerinas 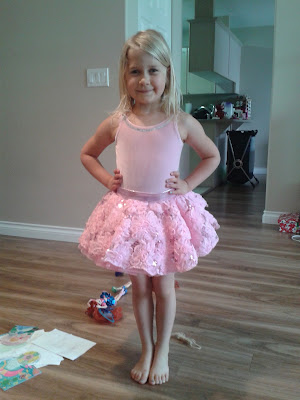 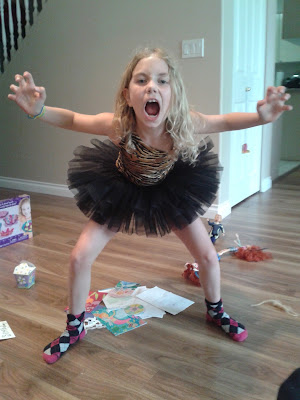 Lauren and Erica Gunning (remember their names!) eagerly anticipate their dance recital on June 1. Their numbers are top secret, but I did sneak in on a rehearsal of Erica's spectacular turn as a jungle beast in Madagascar. The black tutu is a nice touch, but I am not sure the Monster High pink-and-black argyle socks quite match. As for Lauren, she's poofy pink sweetness (with sequins!)

And now. . . for our National Anthem

O Canada!
Land of our forefathers
your brow is wreathed with a glorious garland of flowers.
Because your arm can wield the sword,
and it is ready to carry the cross.
your history is an epic
Of the most brilliant exploits.
Your valour steeped in faith

The Canadian National Anthem may be many things, but one thing it ain't is colorful.

It's all those endless "stand on guard"s. And that stolid bit about "true patriot love/in all thy sons command", which people don't understand at all and want to eliminate altogether because it includes the poisonous word "sons". 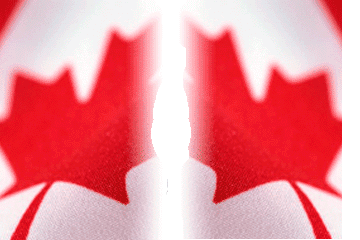 For those who've never encountered it before, here it is, the one we use now,  sung at sports events by people who generally forget the words:

That's three "stand on guards", but in an earlier version there were, I think, five.

Most Canadians are only vaguely aware that our national anthem was originally written in French. We "took" French in school - it was mandatory to "take" French, and one of the things we took was O Canada. We even had to sing it in French once in a while, as an exercise, but not once was it ever translated into English. Now that strikes me as completely bizarre. Didn't they want us to know?

Just from my sadly-limited French vocabulary, I had some idea the English words didn't match up, but this - this is a Grand Canyon of difference. Because you can't translate an anthem word-for-word and have it make sense, and because a more naturalistic translation won't scan properly and fit within the tune, the original lyric was basically scrapped. In English-speaking Canada, it has been virtually lost, though bits of it poke through when it's sung before hockey games.

Since Callixa Lavallee ( who wrote the original tune in 1880 to celebrate St. Jean de Baptiste Day) wasn't around any more, O Canada could be rewritten any way the minions of dullness wanted. Thus it was replaced by something about as glorious as a bowl of Cream of Wheat. To fit our stereotypical national character, it's kind of dull. Non-violent, of course! No hint of battles, of "the rocket's red glare", "bombs bursting in air" and all that stuff we say we hate in the American anthem. But ah, go back to the original and you'll find a bit of 19th century European poetry celebrating epic battles and glorious victories.

All that "true patriot love" stuff was originally "your brow is wreathed with a glorious garland of flowers". I'd say that's a shade of difference. Giving the lie to the usual Canadian boast that OUR anthem isn't "violent like the one in the States", we have "your arm can wield the sword" (and, even more subversive, references to carrying the cross - how Papist!).

In fact the whole thing is so much more epic, on such a grand scale, with words like "brilliant exploits" and "valour" (and even, God forbid, "faith"!). But in English, those words just don't fit the musical framework. And there's something about them that's just a little. . . unCanadian. So we're left with an anthem that has all the character of a well-chewed piece of gum, something that is (to use Madonna's famous description of Lady Gaga) sadly reductive.

Posted by Margaret Gunning at 12:10 AM 2 comments: