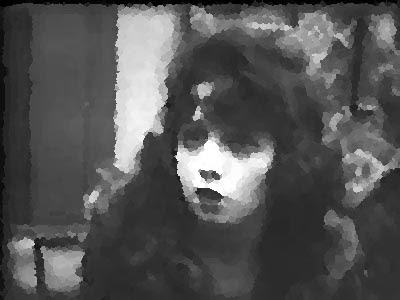 You shouldn't ought-a start looking at pictures of people like Caruso. . .


(Were we looking at Caruso?) 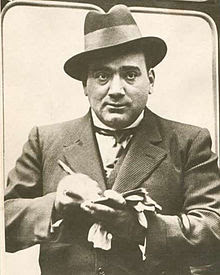 . . . cuz as soon as we start to look at pictures of people like Caruso, it reminds us of somebody else. . . 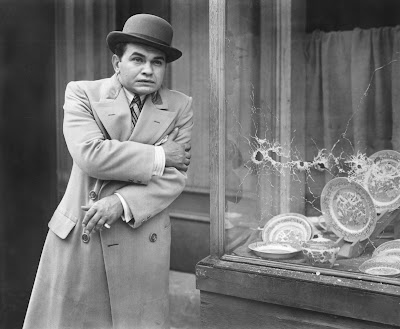 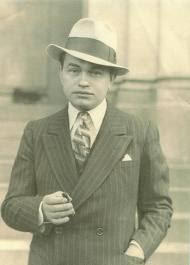 But then, there was this guy who really WAS a tough guy. . . 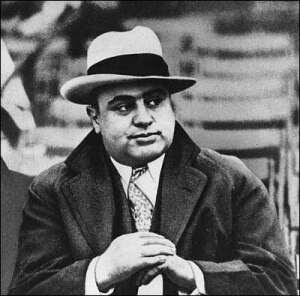 
. . . and den dis other guy who looks suspiciously like someone else we know. . .


one Charlie The Gent: 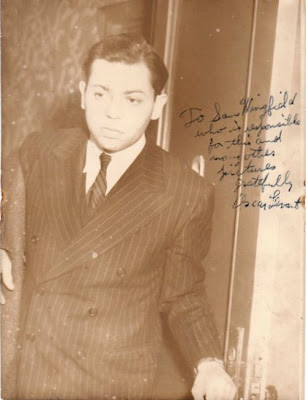 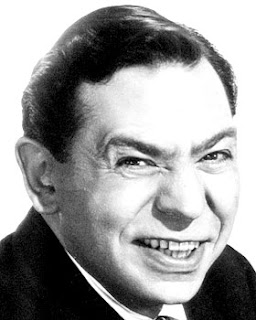 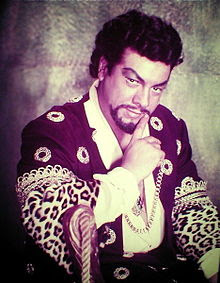 Posted by Margaret Gunning at 8:30 PM No comments:

This is it (so you'd better listen!)

Well, this is it. I promised myself I wouldn't post 29 versions of Vesti la Giubba, so I had to choose one. So many of them have things to recommend them. Bjoerling even had tears streaming down my face from his tender pronunciation of  "Columbina" (the wounded core of the aria) and the tiny, bewildered, hopeless head-shake that went with it. Kudos also to Placido Domingo for staging it "properly", not IN costume but looking at his costume (and himself) in utter contempt.

Most of these don't have a visual, which meant I wasn't as distracted, and most also have shitty sound quality, which is too bad. I try to imagine this one with pristine modern acoustics. More than that, I try to imagine being in the room with him. I've never experienced it, but I have heard the power and beauty of being close to a superb singer is unbelievable.

There are many versions of Lanza singing this, since it's kind of the old nag of opera, and he sounds different in each one. I think "classical" singers scorned him because he "went Hollywood", made a whole lot of highly sentimental films (still worth watching for the singing) and record albums of popular music that sold like mad.

I don't know what I think of him as a person, and he died awfully young, his health destroyed mostly by booze and food. Some of the singers I heard today had better (smoother, more melodious, or even more powerful) vocal equipment, and a few were better actors (Domingo!), but this version has a nearly-crazed quality, a sense he is about to break loose and do something absolutely terrible. Which is what Pagliaccio is all about. He just sings it, letting the music produce the drama. Bravo, bravissimo.

Posted by Margaret Gunning at 11:58 AM 3 comments:

Laugh, laugh, I thought I'd die

Put on the costume,
and the face in white powder.
The people pay, and laugh when they please.
And if Harlequin invites away Colombina
laugh, Pagliaccio, and everyone will
applaud!

Change into laughs the spasms of pain;
into a grimace the tears of pain, Ah!
Laugh, Pagliaccio,
for your love is broken!
Laugh of the pain, that poisons your
heart! 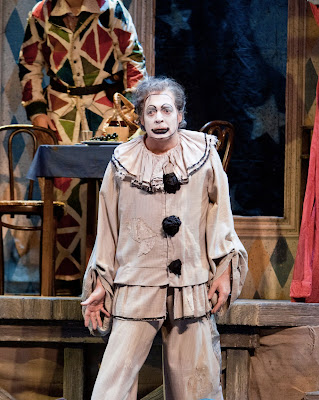 POST-POST. This is a strange one, a discovery that happened late at night. I
NEVER used to stay up so late, so I'm not sure what's happening to me. I get a
little delirious.

Clowns obsess me, and most of them creep me out. His Milks, Milky the Clown, has to be the creepiest, in part because he wears a traditional Pagliaccio white ruffled costume with a pointy hat that reminds me of nothing more than a KKK uniform.

While dredging through old files to see what might be worth resurrecting, I came across a strange thing: the Italian words to Vesti la Giubba (perhaps the
best-known operatic aria, sometimes known erroneously as Laugh, Clown, Laugh) down the left side of the page, with a line-by-line English translation
on the right. 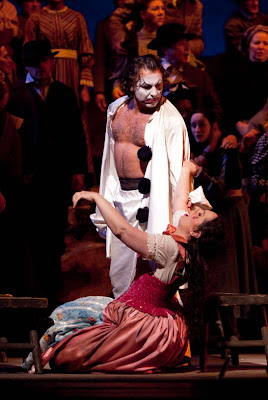 I was struck by the symmetry of it, and the startling nature of the literal
translation. "Recitar!" literally means "recite", or in a broader sense, "tell
it" or "perform it" (a "recital" isn't reciting, after all, but a public
performance). Put it out there, not just the clown show, but - tell them, or
perhaps (I don't know enough Italian) "tell them your story, you cowardly
bastard (referring to himself). I may be way off in all this, of course, in
which case "recitar!" says it all.

I decided to dig up some old footage of Caruso, if it existed, and hit pay dirt
right away, with an eerie clip of him performing Vesti in full Milky the Clown
garb. This footage has a dreamlike quality that I played around with, reversing
the video in places to make a sort of loop. Then I thought of the heartbreaking
performance of Placido Domingo, who stages it the RIGHT way for once. 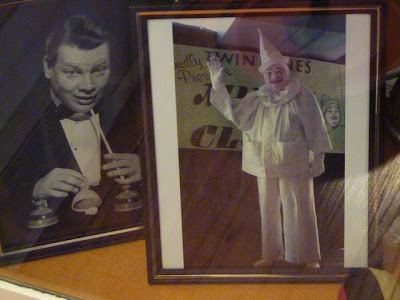 Instead of coming onstage already wearing his "motley", he picks up the limp rag of costume and looks at it in loathing, nearly tearing it apart at the end before dragging it offstage behind him like chains. While he sings, he looks at himself in the mirror and smears white greasepaint on his face in despair. Though my Italian is limited to three words (amore, Lamborgini and Chef Boy-Ar-Dee), even Ican tell that "vesti la giubba" is in the imperative: "put on the costume, you idiot, it's time to get out there again even if your heart is falling out of your chest". This betrays, heartbreakingly, Pagliaccio's
self-loathing and despair.

This is a slightly different version of Vesti. It's silent. Well, why not? Why
can't we have a silent aria? Because it's idiotic, no doubt. The music is
everything. So here, I present the Other Side.