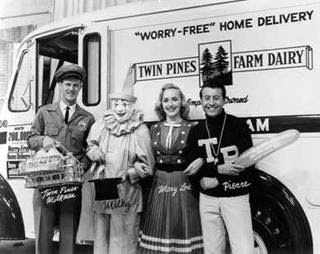 Everybody knew that Milky the Clown was in the dairy business. I suppose it could have been worse, but what do we really know about these Twin Pines guys (posing here with His Milks himself)? The girl is sweet enough, and her pleated skirt reads, "Mary Lou". Pierre (with a giant TP on his turtleneck, presumably for Twin Pines) is wielding what looks like an enormous loaf of French bread (but at least he's not wearing a beret). The friendly milkman is just that - the friendly milkman, the same kind of milkman I knew as a child with his glass bottles clinking away. Except that when I was a kid, the milk was delivered by horse and wagon. 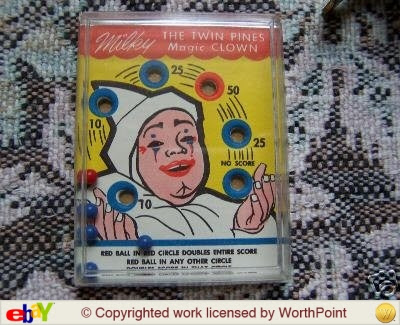 Amazingly, these little hand-held games can still be had on eBay. It's sort of like a maze where you have to get little balls in the holes. They were given out as prizes on Milky's Party Time, in which they had a feature called Stars of the Future (baton-twirling, juggling, etc.) This was as forerunner of America's Got Talent. 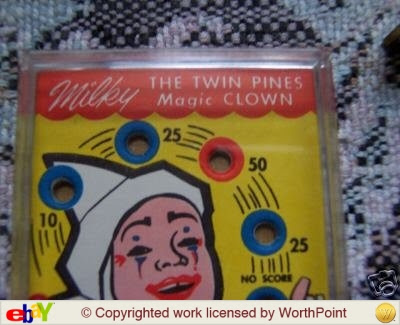 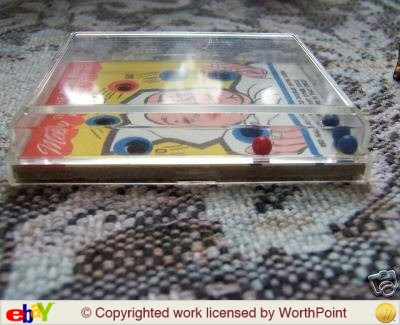 I don't know why this is posed on snakeskin. Looks a little ominous to me. I should look up the price on eBay. 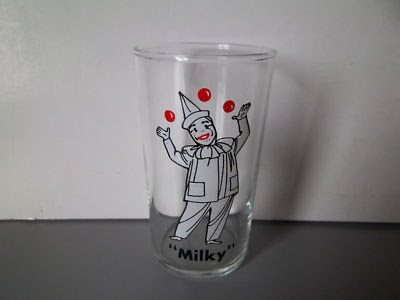 Milky on a (milk) glass. Looks plastic, but they didn't really have plastic glasses back then. Cheers! 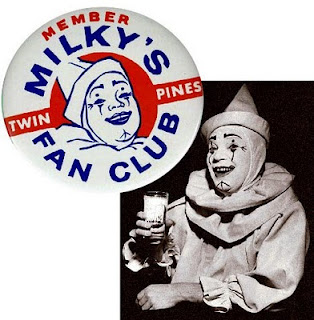 Milky's Fan Club official button. I never was a member, not much of a joiner. 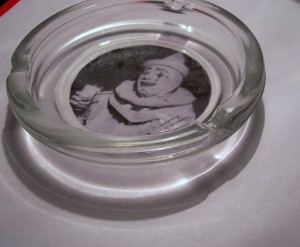 Yes, you're seeing this right. It's a Milky the Clown ashtray. The little beggars had already seen Fred and Wilma Flintstone sucking on Winstons, so what harm could it do?

Then again, maybe it's a hoax, like my Scully and Mulder fridge magnet in the shape of a flower.