For reasons unknown, I can no longer post a YouTube video in the usual way. I have to do back-flips and stuff (i. e. I can't browse, but already have to know the name of it in order to find it!). This however is worth any kerfuffle. I'm not a mountain music fan, but this stuff! Mountain dulcimer can be excruciating, like playing stretched wires (which I guess it is), but these two make it sound golden. She's a tad sedate and he's really groovin' (holding his instrument aslant as if it will soon tip right off his lap). But when they look at each other at the end. . . it's the sweetest moment. 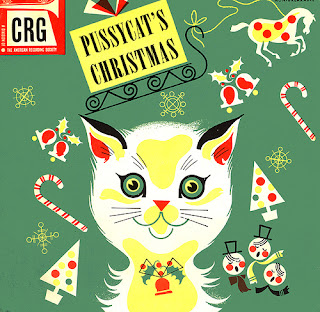 I'm always digging around for the wacky 78 rpm recordings of my childhood, especially the Children's Record Guild collection, a sort of record-of-the-month club that mailed you a new recording for something like $2. We didn't subscribe to this, but were given a whole whack of recordings, 50 or 60 of them maybe, by someone whose kids must either have never played them, or were so careful they didn't even leave a scratch on them. 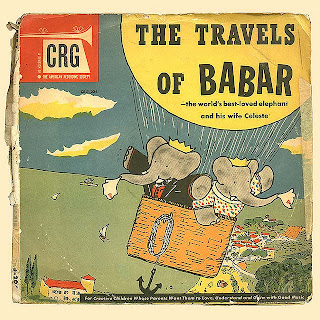 Some records represented the force-feeding of classical music, with Cinderella accompanied by music from Prokofiev's ballet and Midsummer Night's Dream by Mendelssohn's incidental music. This was all part of a general indoctrination I suffered through: almost everything I heard, saw, smelled or touched (or tasted?) had to be oriented towards "good" music. No other music (not even "that rock 'n roll music" I later came to love) existed in our tiny stifling universe.

Thus came various musical punishments: Victor Borge narrating some sort of swill about "Piccolo, Saxie and Company"; Rusty in Orchestraville, a morality tale about what happens to little boys who don't practice the piano; Willie, the Whale who Wanted to Sing at the Met (already covered in a previous post, so let's not go there again). And something about the history of the orchestra which, I remember, began with a smarmy narrator saying, "Well, well, well! Here is an orchesta!" And here I thought it was a cheese blintz. 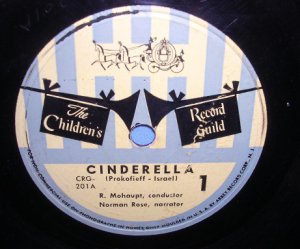 It really was a narrowing education, not a broadening one. We should have known something about mountain music, about jazz and blues, but my father looked down on these renegade forms as if they didn't exist. I think it came from his background of dire poverty, his ignorance of any music except for the excruciatingly bad English music-hall stuff he grew up with. He was always terrified of being found out and even deliberately erased his Cockney accent on arriving in Canada.

I remember (and even found on YouTube once) a Children's Record Guild 78 rpm recording - might have been by the Weavers, in fact - of a song called Round and Round the Christmas Tree, which is the same tune as this dulcimer duet. I think of the fluidity of this kind of music, passed along by memory and never written down. The fact that Appalachian music has echoed through the generations with its integrity intact fascinates me. No Children's Record Guild required: they had memories then, and ears to hear.

Posted by Margaret Gunning at 4:24 PM No comments: