I was going to play the lead in a stage play about Alice in Wonderland.

I don’t think I was me in this dream. I was much younger than my present age, and in fact, much younger than I have ever been. I was some sort of innocent, almost a waif. I was running around with long blonde hair flying behind me. Other people from the play were kind of milling around in various settings, mostly in a high school (I think this was an amateur performance), but I had no idea who they were, even though we had apparently been rehearsing this play together for months.

Though I remembered the rehearsals and I seemed to remember knowing the play very well, I suddenly realized I had no idea how the play started, what the first couple of pages of dialogue were. It was simply blank. Since I was playing the lead, I had to know. I knew I was in it somehow and wondered if it was kind of like the scene where the White Rabbit (always late) rushes past her before she falls into the rabbit hole. Or did she step through the mirror? 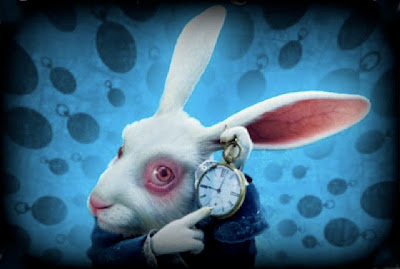 There was a director of the play somewhere but I couldn’t find him. No one seemed to know where he was, but I could picture him, what he was like. None of the other players seemed to recognize or acknowledge me and brushed off all my anxious questions. At one point I (who at this point looked like a little girl living in the 1960s) went on a sort of strange computer that reminded me of the Wizard of Oz's contraption behind the curtain, and tried to find out something about the play on the internet. I thought I could download the script so I could at least read it onstage and not be a total fool. I pictured myself just improvising my lines but realized it would throthe other actors completely off and infuriate them and bring the play to a grinding halt. 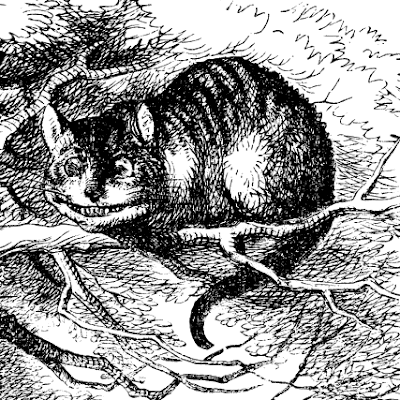 I saw a sort of glass plate with lettering embossed on it and wondered if I could make one with my name on it, if it would somehow help. The glass was sort of amber-colored and it was plate-sized but irregular, like a blob of sealing wax. I think it had some sort of emblem or crest on it. As I became more bewildered and frantic about what was going on, I suddenly realized I had no idea of the content of this play. I could not remember a single line in it, though I still remembered rehearsing for months. I started running around desperately asking people if they had a copy of the script. All of them shrugged and went on talking to whoever they were talking to. (All these people were young adults, maybe 20s or early 30s, much older than me.) They acted as if I had no connection to the play whatsoever and should just go away. 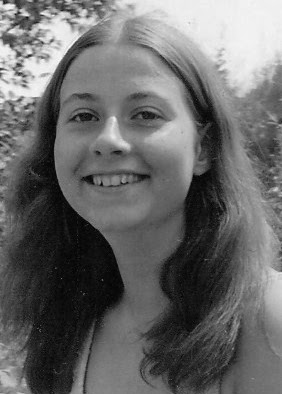 Then I found a plastic bag and it had some sort of report written on it, printed on it. It said something along the lines of: when she first arrived here, she looked very unkempt and dishevelled. Now she has improved her appearance greatly and is obviously much more attractive. I realized I was reading a psychiatric report and that it was about me. 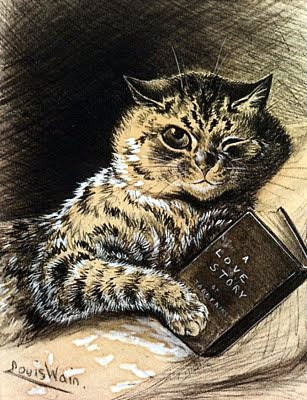 I kept trying to figure out who the director was. He had an unusual voice and it seemed English. I kept thinking of the movie/book 1984 and George Orwell. Though I never saw him, I kept thinking I heard his voice. I thought that if I asked HIM if he had a copy of the script, I could at least get the first page. I knew he didn’t have one however, because nobody did. Then I decided he must be that guy on Mad Men, the Englishman they called Moneypenny, Lane Pryce. Lane Pryce committed suicide by hanging himself in his office during the last season. He tried to commit suicide with carbon monoxide in a new Jaguar his wife had just given him (Sterling Cooper Draper Pryce had just landed the prestigious Jaguar acoount), but it wouldn’t start, one of the drawbacks to effectively marketing it. 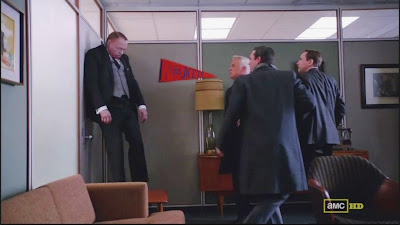 Just now I realize I only saw this Lane Pryce actor in one other thing, the movie about Sylvia Plath with Gwyneth Paltrow. It was a very poorly-done thing and Paltrow was pallid and uninteresting as Plath, but in one scene, this Moneypenny was talking to her about suicide and how he had tried it once, “but you’ve got to keep going!”. This seemed ironic in light of the Lane Pryce character’s suicide.

But maybe it wasn’t Moneypenny at all: it seemed more like Oliver Sacks, the bizarre genius who studies people with mental disorders like so many insects impaled on pins.

The whole dream was a vague nightmare of pointlessly bustling around, realizing that the play was about to begin, that I was playing the lead, and that I had absolutely no idea of what was in the script. I was trying to scrape together some sort of knowledge of  in Wonderland and kept coming up with a rabbit. At one point all the cast members were supposed to produce a picture of what their spouses looked like, and I tried to find a picture of a rabbit, just the face, a brown one. 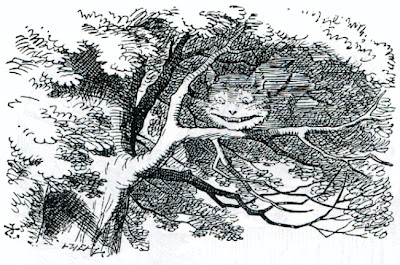 It wasn’t until I woke up and grogged out of bed that I made another connection, with the Marina Bychkova Enchanted Dolls. My current favourite is a doll named Alice, who represents Bychkova’s “reimagining” of in Wonderland. The doll has enormous blue eyes brimming with tears, elaborate costumes and long blonde hair. She both enchants and scares me because along with abandonment and terror, I see anger in her eyes, even a hint of rage. 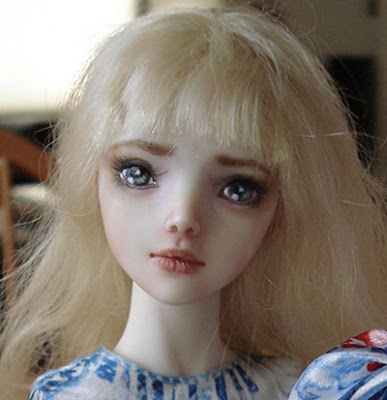 Unlike Dorothy in The Wizard of Oz, does not have comrades or companions, just a series of encounters with grotesque figures like the hookah-smoking caterpillar, the Queen of Hearts and the Cheshire Cat whose smile hangs disembodied in the air. She fell into this twilight nightmare down a hole, or, in another story, was sucked into a reverse world behind the mirror. In neither case did she choose the journey. 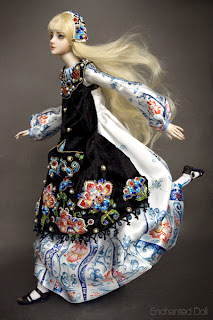 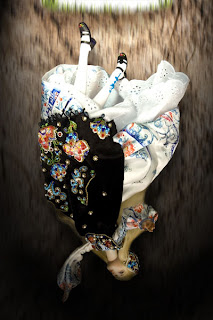 And then, the final realization.  My mother's name is Alice. It's also my middle name. 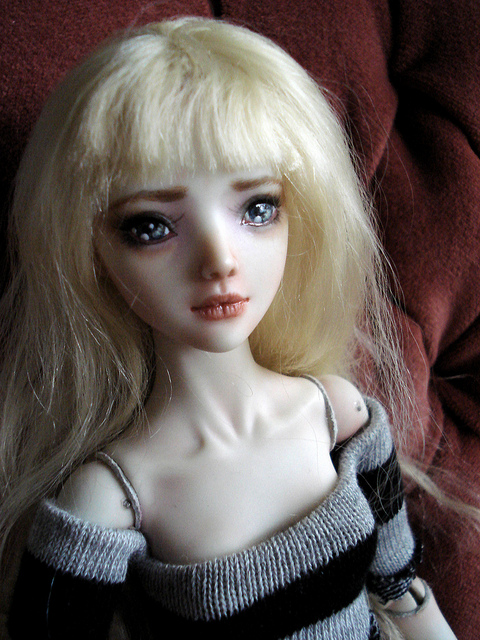 BLOGGER'S NOTE. I had a lot of trouble with this post. It just did not want to co-operate. Since I love fonts, I sometimes try to transfer a post from Word into Blogger, and usually the "foreign" font transfers OK. This time it seemed to work - God, how I hate "seemed to", it's the story of my LIFE - until I previewed it and saw that it had flipped back into boring old Times New Roman, my least favorite font.

I fucked around with it, screaming, as it jumped all over the place. Google Chrome has its advantages, but it does weird things. I notice that if I go back on Internet Explorer, however, half my recent gifs don't work or don't even appear at all. They view fine on Chrome but either don't move on Internet, or just jump a little bit, half a gif.  WTF??? It can't look one way on Explorer and another way on Chrome, can it? A post is a post, isn't it? What sort of demon lurks in my computer?

I fought and fought and compromised, but then saw that parts of the text hadn't changed over to Georgia (the least-obnoxious fonts on Blogger) or had even changed size. I hate to look even now, for fear of what else it has done to my post. The gifs may be totally useless, after spending all that time making them.

Anyway, I hope the spirit of this transfers somehow, because it was one of the more interesting dreams I've had lately, with a few of those "ohhhhhh" moments, odd bits of significance that still don't add up to very much.