Family photos: with a twist 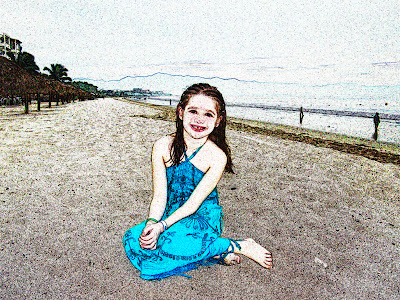 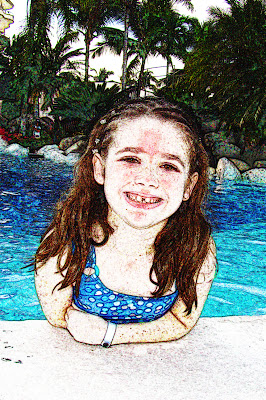 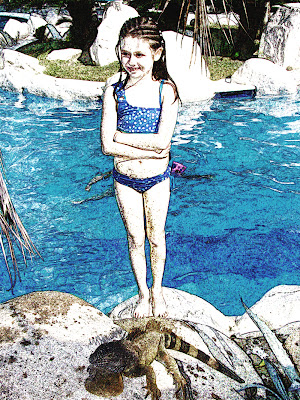 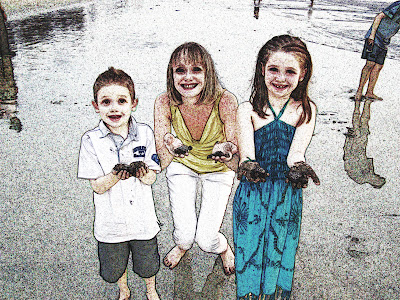 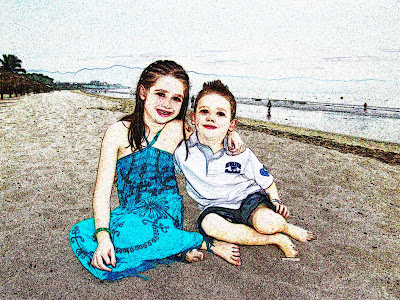 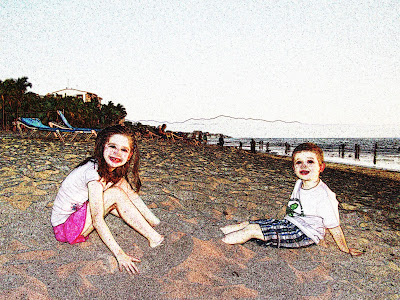 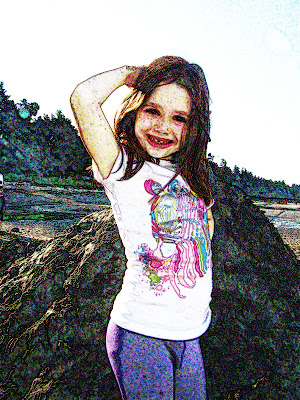 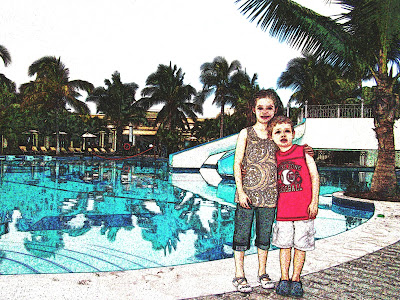 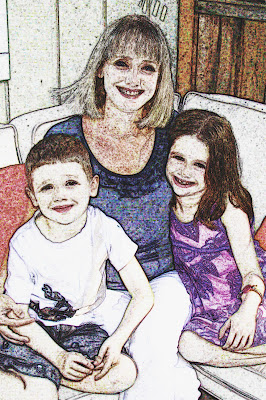 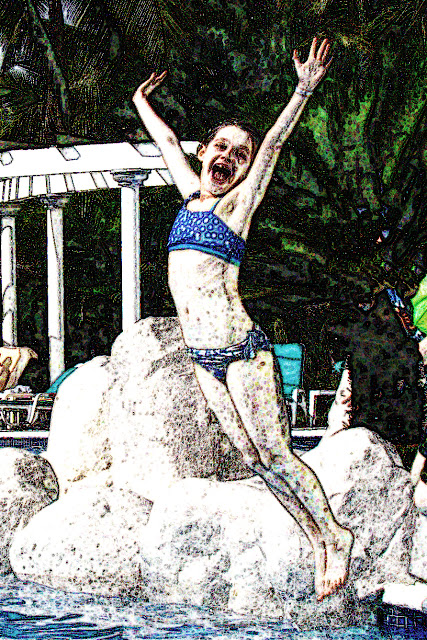 When I stumbled upon a program that would make a photo look sort-of-like a drawing or painting, I was quickly hooked. Spent hours on these, trying to get them just right. Some of the really promising ones just turn to mud, don't work at all. They look sort of grainy and lithographic, like certain illustrations in children's books.

Pictures are weird and spooky and have all sorts of depths in them. While cleaning up some very old family photos for my mother-in-law's memorial get-together, I played with brightness and contrast, and lo - out popped details that no one had ever seen before. These were mostly black and white photographs that were about 2 1/2 inches square. You could only see faces and partial bodies. But after I tinkered and enlarged a bit, POP!

Sometimes whole people emerged, ghostly. Or just a face, a face of someone I never knew but whose DNA runs in my kids' and grandkids' veins. A telephone appeared, probably the first one ever made, with no dial on it. You didn't dial phones in 1930. You had to yell "operator, operator" and jiggle the cradle if the connection broke off, a habit which persisted until about 1998 (especially in the movies). Right, so pushing down on it will bring the person back.

I found my husband's first stuffed animal, a ghastly thing that looked like it had gone bad. In the picture he was maybe three years old and clutching it like there was no tomorrow. Until I highlighted it, it was just a grey wash. Maybe I should've left it that way?