The murdering Mom: welcome to 2013 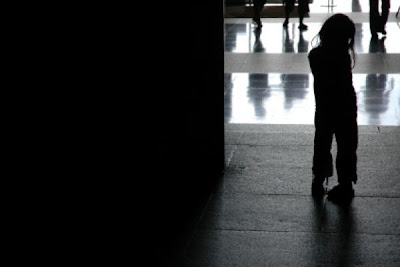 Ottawa police are investigating what appears to be a double murder and suicide after the bodies of a woman and her two children were found in the basement of their west Ottawa home.

Police were called to the home at 25 Granite Ridge Dr. in the community of Stittsville at about 5:30 p.m. ET, according to a media release.

The father of the children found the bodies, police sources told CBC News, and was later questioned by police.

Investigators suspect the mother — identified by acquaintances as Alison Easton, though police sources say she also sometimes went by the name Alison Corchis — was responsible for the deaths of the couple's son Alex, 10, and daughter Katie, 6.

A sharp weapon was used, but police sources would not say what type. It was a "disturbing scene," they added.

A neighbour, Jeff Wilk, said the woman living at 25 Granite Ridge was a Neighbourhood Watch co-ordinator. She introduced herself to Wilk's family when they moved into the neighbourhood more than a year ago, and gave them a welcome package. 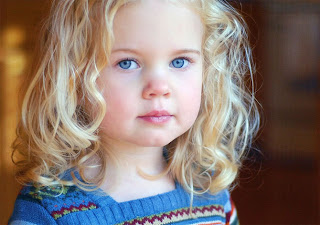 She was often seen walking her children to and from nearby Stittsville Public School on Granite Ridge Drive, Wilk said by phone.

Neighbour Tonya Marczak says her daughter was best friends with one of the victims. (CBC)
"They seemed like such nice people. To hear that there's three dead, it's just devastating," Marczak said. "I don't understand how this happens, I don't, especially when I've got little kids of my own." 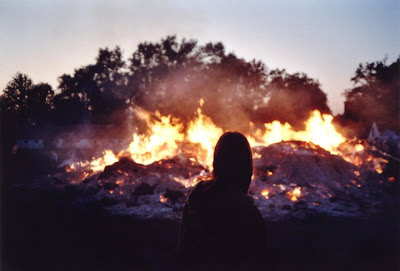 Marczak said she told her children there was a fire at the home, and nothing else. She said her daughter was best friends with Katy, who had just celebrated her birthday with a fancy dress-up tea party last weekend.

"I honestly don't know what to tell them at this point," she said. "Do I send them to school tomorrow, do I not? I have no idea."

The two children went to school across the street. Katie was in kindergarten; Alex was in Grade 5. Neighbours said their mother stayed at home.

The major crimes unit is handling the investigation.

No further details were released. 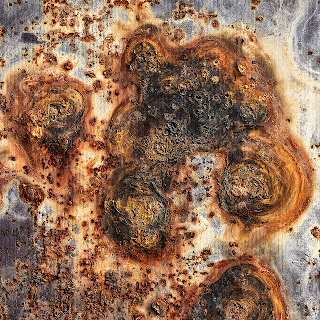 The more I contemplate this hideous story - and believe me, I'm trying NOT to contemplate it too deeply - the more overwhelming the sick, twisting feeling in my gut becomes.

WHAT IS WRONG WITH PEOPLE? I know this is not what you're supposed to ask. And I won't list all the school shootings and movie theatre shootings and political rally shootings and unbalanced kids all over the place opening fire because they're - what? "Disaffected"?

I won't list them because you already know. But why would a mother, a "nice" person, a block parent, do this to her children, hack them apart with a knife? People are exceedingly hard to kill, that is, if you have no firearms, and in good old non-violent, pacifistic Canada, we don't have any of those awful things around. 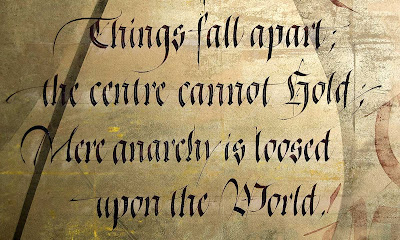 The same best friend who had that nice birthday party just the week before. Then was hacked to pieces with a knife - by her mother.

Folks, are you listening? Stop texting for a second (because you're really not saying anything anyway). There is something wrong here, something terribly, disastrously wrong with people on a very significant and ever-escalating scale. Fifty years ago I remember there were vehement complaints that we had become a depersonalized, technology-driven society, that our every move was being scrutinized by a sinister Big Brother, and that there was "too much violence on television". Now violence is standard, along with rigorous denials that it does any harm. And no one seems to care any more that their every waking moment is studied and recorded.

So what the hell is going on?

Do all these horrific events somehow make such inexplicable acts "thinkable"? Do people just flip out, lose it, and why? Do people have no self-control any more? Is rage simmering beneath the surface in even the most unlikely individuals? 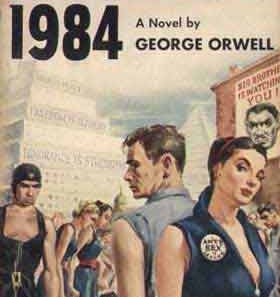 I push it away, as most people push it away, because we have to go on living, don't we? But I never had to explain this horror to my own children, who grew up in the '80s, not centuries ago.

In order to stay OK,to avoid an abyss of depression and horror, we all have to dance along the edge and pretend everything's fine, that it's just a few nut cases that we don't need to be bothered with.

But this wasn't some socially-isolated kid who lived in the basement of his parents' home and played video games all day. This wasn't some gun-obsessed sociopath who had been bullied for so long that one day he just snapped.

This was a MOTHER killing her KIDS. There is no reason, none whatsoever, that justifies her killing even one of them, let alone a sweet little girl fresh from her sixth birthday party. In a final act of ruthless nihilism, the mother then killed herself (the story doesn't say how). 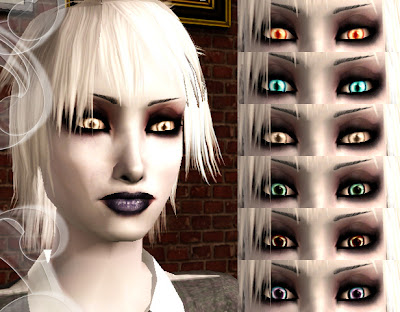 It's nonsensical, aberrant, crazy. Craziness existed before now, of course, but not in this blatant, malignant, macabre way, and not to this extent, where stories like this are now coming out, not every month, not every week, but every day.

Do you want to know how I found this story? It was a slow day. I needed something to write about. I decided to peruse the daily news. Opened the page,and bam. There it was, the top story!

Again. And this time, the worst it could possibly be. 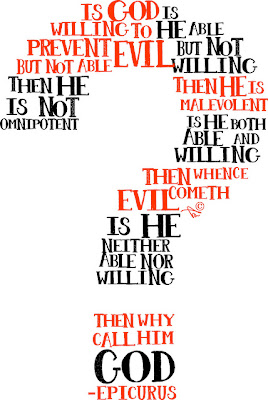 There has to be a "why", in spite of the fact that there is now a curious void around this subject. Social commentators aren't saying anything, aren't coming out with the often-tiresome theories they used to rant about 20 years ago.

They have been shocked into silence. Nobody knows what to say.

I have a few ideas, but I am always laughed out of the park when I propose them. We DO live in a void where gadgets are taking the place of human contact. We DO live in a culture where violence is such a commonplace, such a way of life that it has become virtually invisible. Like so many things, it passes without comment. We just don't notice any more.

It seems there is a new taboo: the taboo of "WHY". Don't go there, or we won't be able to cope with it at all.

We teeter on the edge. If we project fifty years into the future, will Earth even be recognizable? Global warming is just tickling our noses now. We have fucked the Earth, fucked it royal, and in spite of some late-blooming and valorous efforts to repent, I fear it's too late. 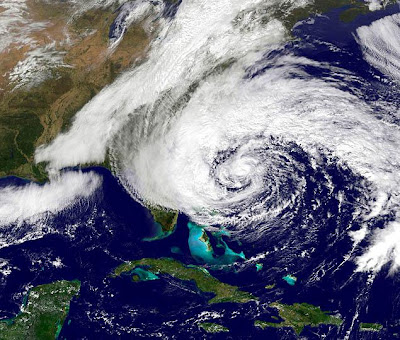 My grandchildren won't live to be grandparents because the earth will melt down and fall apart. Why do we see all these climactic disasters now, these floods, droughts, storms, these freakish tsunami-like conditions in places formerly given over to tourism and high-end shopping?

Because the climate goes in cycles! It has always been this way -which means, of course, that everything will soon return to "normal". It'll all go back to four neatly-delineated seasons, green pastures and still waters, and a safe and predictable life on Sunnybrook Farm. 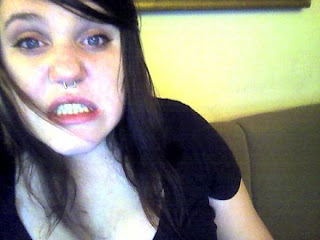 Don't think about the seven billion people disastrously overstraining the resources of the earth - the unbreathable toxic air in China just a bellwether for what's in store for us all in twenty years (or maybe less).

Soon tiny gas masks will replace those vibrating chairs as favorite gifts at baby showers. First it will be a joke by the late-night comedians. Then it will actually happen.

So how do you connect the entire world caving in on itself to people flipping out and hacking their six-year-old daughters to death with a knife? Underneath all the denial lives terror, and underneath that, a sense that it's all meaningless, even hopeless. If somebody gets in your way, just erase them. 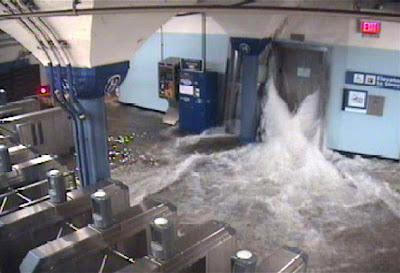 It is a dehumanized world, a world where, deep down where they don't dare to go, people are terrified that there is no future.

There is more going on than mass environmental meltdown, of course. Terrorists still have the wherewithal to blow the whole thing up at the touch of a button (though "nuclear awareness" ceased to be a hot topic some time in the late '80s). Relationships are becoming frayed at the seams. Families are rocking on their bases, if in fact they have bases at all.

I would not go back to the days of Betty Crocker, and in spite of the fact that it's popular to blame women for every social disaster we've ever experienced, I don't think mothers are responsible for fucking up the family system forever. 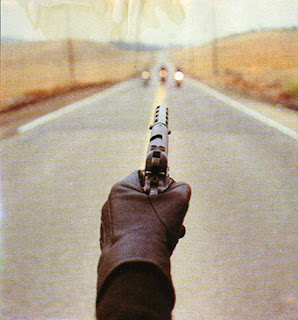 It's the darkest impulses in the human heart, which have now been let out of the cage and even glorified. A bad guy with a gun, a good guy with a gun: how do you tell the difference?

Even the Nazis didn't do this to their children. They knew who the enemy was, and kept a bead on them. Unthinkable as their crimes were, they weren't anything like this.


Turning and turning in the widening gyre
The falcon cannot hear the falconer;
Things fall apart; the centre cannot hold;
Mere anarchy is loosed upon the world,
The blood-dimmed tide is loosed, and everywhere
The ceremony of innocence is drowned;
The best lack all conviction, while the worst
Are full of passionate intensity.


Surely some revelation is at hand;
Surely the Second Coming is at hand.
The Second Coming! Hardly are those words out
When a vast image out of Spiritus Mundi
Troubles my sight: a waste of desert sand;
A shape with lion body and the head of a man,
A gaze blank and pitiless as the sun,
Is moving its slow thighs, while all about it
Wind shadows of the indignant desert birds.
The darkness drops again but now I know
That twenty centuries of stony sleep
Were vexed to nightmare by a rocking cradle,
And what rough beast, its hour come round at last,
Slouches towards Bethlehem to be born? 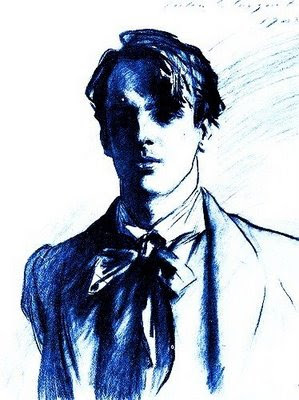 (CODA. I wanted to check my facts in the murder-suicide story, so opened the news page again. No story. Did some clicking around.  No story. It had fallen right off the page.

But there were some "top stories" listed:

NOTE: these are NOT listed under Entertainment, but general news stories, things of interest, things of importance. Dead children just don't rate.)
Posted by Margaret Gunning at 12:35 PM 4 comments: