Shake it up baby


Around Christmas time, the TV ad posted on YouTube (above) and a few similar ones began to run on CTV during the news hour. In fact, you might call it saturation advertising. The ad was obviously very professional, not some slap-up job recorded with Sister Mary Margaret's Smartphone.  (Blogger's note: I can't post YouTube videos any more, no doubt part of Blogger's sinister plot to suck all the joy out of this experience. Try the link above and see if it works - pray, please - or enter Catholics Come Home on YouTube.)


I guess everyone in these parts assumed Catholics Come Home was Vancouver-based, and that these ads were freshly-made and tailored for our local "market". It was a unique and even impressive form of evangelism that didn't pretend to promote Catholicism as some fun, up-to-date and hip experience where everyone claps and dances along with the hymns.


No magic squirrels, either! The E-Z Answer Squirrel on the United Church Wondercafe web site (a site so fearful and dishonest that "United" and "Church" don't even appear on it anywhere) put the kibosh on my own already-disillusioned connection to organized religion. In particular, I had grown sick of a shallow "faith" that strains to be hip while still singing 200-year-old old John Wesley hymns on Sunday morning.


It seemed to me that these Evangomercials, slick as they were, at least presented the Catholic Church as a religion, not some shallow gathering of people drawn by the fact that "anything goes" and sin does not really exist. I began to admire them for their honest portrayal of religion as religion.


Then I saw the date on this particular Evangomercial as it appears on YouTube, the same one I have seen during local TV news in the past few months.

It was also made in the States, so it must've been sold to somebody in Canada. In other words, this ad and all the ads like it are a commodity, probably a package deal, with each ad dealing with a separate issue (loneliness, guilt, disillusionment with the Church, etc.)


2008! These Evangomercials (their word) aren't new, folks. They're so old you could blow the dust off them. Moreover, visiting Catholicscomehome.org is a pretty hair-raising experience.


The home page depicts three church doors, the kind with the pointy top, and each one bears a category: I'm Not Catholic; I'm Not Currently Attending Mass; I'm Proud to be Catholic. Each heading links to mountains of material, and when you actually begin to explore it all, the sheer weight and heft of it is overwhelming and kind of suffocating. Here is just one tiny snippet aimed at these foolish folk who still doubt the existence of God:

Twenty Arguments For The Existence Of God

In this section you will find arguments of many different kinds for the existence of God. And we make to you, the reader, an initial appeal. We realize that many people, both believers and nonbelievers, doubt that God's existence can be demonstrated or even argued about. You may be one of them. You may in fact have a fairly settled view that it cannot be argued about. But no one can reasonably doubt that attention to these arguments has its place in any book on apologetics. For very many have believed that such arguments are possible, and that some of them actually work. They have also believed that an effective rational argument for God's existence is an important first step in opening the mind to the possibility of faith—in clearing some of the roadblocks and rubble that prevent people from taking the idea of divine revelation seriously. And in this they have a real point. Suppose our best and most honest reflection on the nature of things led us to see the material universe as self-sufficient and uncaused; to see its form as the result of random motions, devoid of any plan or purpose. Would you then be impressed by reading in an ancient book that there exists a God of love, or that the heavens proclaim his glory? Would you be disposed to take that message seriously? More likely you would excuse yourself from taking seriously anything claimed as a communication from the Creator. As one person put it: I cannot believe that we are children of God, because I cannot believe there is anyone to do the adopting. It is this sort of cramped and constricted horizon that the proofs presented in this chapter are trying to expand. They are attempts to confront us with the radical insufficiency of what is finite and limited, and to open minds to a level of being beyond it. If they succeed in this—and we can say from experience that some of the proofs do succeed with many people—they can be of very great value indeed. You may not feel that they are particularly valuable to you. You may be blessed with a vivid sense of God's presence; and that is something for which to be profoundly grateful. But that does not mean you have no obligation to ponder these arguments. For many have not been blessed in that way. And the proofs are designed for them—or some of them at least—to give a kind of help they really need. You may even be asked to provide help.

I will admit, I never made it to Pascal's Wager.


Much as I think these ads are professional-looking and even brave, they are the shiny surface which overlays a heavy, inflexible, centuries-old doctrine. The ads emphasize acceptance, unconditional love, and redemption of sin through Jesus: in fact, one ad portrays a flashback of a man verbally abusing a woman, with the man sitting there sweating and writhing in remorse. The answer? God, of course. But not just any God.


I can't really blame a denomination for trying to get followers back. The hemorrhage of churchgoers everywhere (except in radical fundamentalist congregations) is steady and inexorable. As far as I'm concerned, nothing can stop it. In the case of Catholicism, their unbending rules on homosexuality, abortion, celibacy of clergy, refusal to admit women as leaders, divorce, and even marital sex (only for procreation, folks!) are slowly rendering them less and less relevant. Society is leaving them behind, whether for good or ill (and believe me, there are times when I think it's for ill).

Bill Maher once presented a scathing satire of a Catholics Come Home Evangomercial in which charts and statistics appear on the screen, accompanied by a voiceover assuring parents that it was now statistically less likely that a priest would molest their children. "Come on back, folks!" Maher definitely has a point: festering scandals and horrific, inexcusable coverups are never addressed in any of this organization's material. Elsewhere in the church I have heard such rationalizations as "most priests are wonderful people" and "scandals appear in other places, too". Such cowardice and moral obfuscation masquerading as God's grace is abhorrent beyond measure.


But that's not all that bothers me here. I am sure that most Canadians believe these ads were made exclusively for Canadian television, by Canadian Catholics. But the truth is, they were produced by a vastly-different culture and are more than five years out of date, a huge span of time in a world that moves in an ever-accelerating blur. I just had to find the real source of this Evangomercial campaign, and it took some hunting. Then I found information on a seminar featuring the Rock on which Catholicscomehome.org built its Church.


Click here to register for this event Thursday, December 13, 2012

Join us for our monthly breakfast. This is an opportunity to start the day with Mass, an inspirational speaker, and the opportunity to connect with other Catholic business people. You will leave inspired ad better prepared to be a Catholic leader.


While on a Catholic retreat in 1997, Mr. Peterson had a profound reversion experience in his Catholic faith. Soon afterward, he received a vocational calling, and eventually founded Catholics Come Home, Inc. and VirtueMedia, Inc., educational not-for-profit apostolates, dedicated to promoting Catholic evangelization and the sanctity of human life. 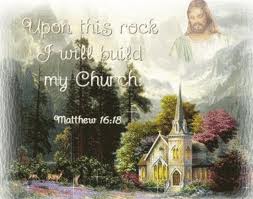 Ohhhhh. . . kay, again. So this entire movement was founded, not by a priest or a nun or by anyone directly linked to the organization of the Church. I think Mr. Peterson saw a marketing opportunity after his "reversion" experience (and somehow, the word "reversion" doesn't carry very good associations for me). He has been at it for years, supervising these ads and, presumably, setting up a web site so thick with dogma that it's hard to get through even one article.


This is the state of religion in 2013. It's a business, and it must be run like one. The purpose of a business, as we all know, is to make money. The Church can't function without it. So here's the plan: draw them back into the fold with moving images of love, acceptance, redemption and good works, then if they have any doubts, hit them with Pascal's Wager. Meantime, all those little issues like abortion and gay rights and child sexual abuse are conveniently stashed: just get asses in seats again, and maybe this listing old dowager of a ship might not sink after all.