Is there nowhere safe? The Welsh Bird Show Disaster


Mystery of the dead budgies: Dozens of prized birds drop off their perches in front of judges during show! 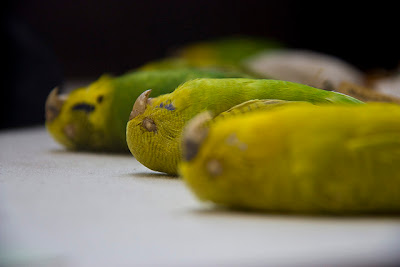 Bird lovers and exhibitors watched in horror as 38 prize budgies keeled over and died during a show.

Owners and organisers rushed about getting their cages outside into the fresh air as the budgerigars began plummeting from their perches.

But after investigations by plumbers, gas workers, fire authorities and environmental health officers, there was no explanation for what happened at the village hall event in Gwynedd, North Wales.

Retired pet shop owner Dave Cottrell, 55, who lost 10 birds at the show, said: 'I was preparing the certificates as the birds were being put in order when a steward came over and said he had a dead one.

'Then another steward came over said he had two or three dead.

'And within seconds a third steward said he had more dead.'

Mr Cottrell, who has 200 birds and been a fancier for 35 years, thinks a boiler or oven flue could have been temporarily blocked, forcing out fumes. 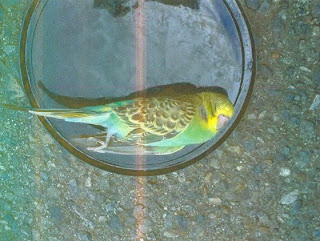 Robert Hughes, 34, - who organised the annual Gwynedd Budgerigar Society Open Show - said: 'The birds were spread across the hall.

'Five minutes after the first one died eleven more had gone, one was mine.

'We made the decision to get everything out of the hall because we had 350 cages so we saved a lot of birds.'

Small birds are especially vulnerable because of their tiny, sensitive respiratory systems.

Canaries were traditionally used by miners to test whether there were dangerous levels of carbon monoxide below ground.

Mr Hughes said: 'Nobody in the community has seen nor heard anything like this before. The hall has been given the all clear.

'It's bizarre. It has been really difficult to get over it.

'It takes a year to organise the show and it's a lot of work - but that's nothing compared to how you feel for some of the people who lost birds.'

A vet carried out checks on two casualties revealing they died from congestion and haemorrhaging of the lungs. 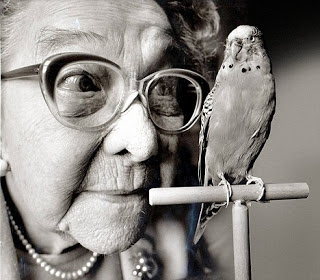 I can't tell you how I felt this morning when I came across this article. I plotzed.

I think it's particularly fitting - if anything good can be said to come of this disaster - that these birds died from gas fumes, following the tradition of all those gazillions of coal miners who died in the craggy Welsh - well, coal mines.

Such a mystery - so unfathomable. And yet, and yet.

I knew of two people who lost their prize birds in the same inexplicable way. One day Polly was screeching away on the perch irritating the hell out of everyone, and the next. . . hanging perpendicular in birdie rigor mortis.

As a matter of fact, a total of four birds bit the biscuit (or the cracker, whatever you want): two parrotlets, a cockatiel and a giant Macaw. One day they just croaked, for no discernable reason.

Nothing more discouraging than the sight of a dead bird on the cage floor. In case you think I'm insensitive, be it known that *I* am the proud owner of a bird, and though he's six years old he hasn't croaked yet.

In fact, I found the news item (plus the following tragic message boards) when trying to dig up a way to make a bird bath that he won't fill with crap.

Jasper is a star on the internet. Someone who loathes me once dug up (I keep using that term!) a photo of me from, I guess, my Facebook page, a funny, funny photo of me and Jasper, in which I'm making a certain face that seems to say: "oops, he could poop on me at any time!" This person republished my photo in an attempt to make me look like an Alzheimer-ridden and probably incontinent old crackpot.

It was the bird that did it. 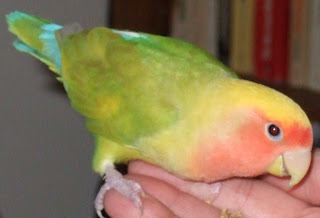 The following posts taken from budgie-obsessed sites make me wonder if bird owners lack certain spelling and grammatical skills, I mean more than the general population (lol, omg, wtf). These excerpts are verbatim, no tampering to make them look worse. The first comment was so sad, I didn't have the heart to post any of the responses (which included "lmao" and "what is your question?").

Suggestions as to what to do with the tiny remains are creative, involving foot imprints and freezer containers. Backyard burying, pros and cons (including whether it's legal or not: can you see a SWAT team breaking down your door?) are discussed at length, including the possibility that Birdie might be a tasty if well-aged snack for a foraging raccoon.

I buried my budgie yesterday?

Hi, yesterday i buried my budgie and i dont know why but I keep thinking he is going to wake up in the coffin and be trapped and scared does anyone know how i can sop this from getting to me. I could hardly sleep because i kept thinking that i need help in how to stop thinking this awfull thing.

My budgie died, what should I do with the body?

My budgie, Adam, has officially reunited with my other bird, Eve in heaven at 12:15ish? AM .

I was wondering what should I do with the body. I had great respect for the little guy, though he thinks I'm annoying at times (biting my neck). I thought about burying him in my backyard but I'm not sure if it's legal here in . Is it?

Why tell the world ,just bury it and say a prayer.who's to know???? 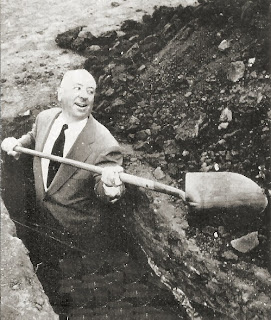 Who found this interesting?

I'm sorry about your bird, mine passed away a year ago, so I know how it feels.
I doubt its legal but as other answers said ITS RIDICULES!!
Also who knows if God takes animals to heaven as well, no one knows.
I like to think He does because its the only thing that helps me think he is in a good place, not no where at all,. Now thats dreadful!

One more thing, you should burry him in the woods like I did because if you do it in your backyard then you will always come across it and always feel terrible.
Plus who knows what might happen to your house, or if you move, the people who will buy it might did up the back for a remodel.

When my parakeet Bennie died (he was 10 years old)..it was freezing winter.January. I wanted to bury him in the yard but the ground was too frozen to dig....so I I put him in an airtight jar in my freezer till spring. I then gave him the proper burial he deserved. Bury your parakeet in your yard with respect. You won't regret it. As no one it it is legal. Just do it
.
I really think it is your call, you bury your pet anywhere you want. I personally wouldn't care what the state laws are. After all, this was once a beloved pet of yours and desserves a burial of your choice and you shouldn't be subject too some rediculous law that in my opinion has no place in what your dealing with at the moment. Good luck to you, and may God bless you and your beloved pet.

Burying him in the backyard may not be legal, but it also is a bad idea because other animals might dig it up. I would bring him to the vet and sometimes they have pet cemetaries or will take care of the body. For my hamster, they gave me a clay pawprint with her name.

Sorry about your bird,but bury it wherever you like and keep your mouth shut. I have a big back yard and three of my dead dogs are buried there under a immense flower bed.Planting the flowers was my wife's good idea!

Uh. Yeah i'm pretty sure it's legal? Why the hell wouldn't it be? Plus, who's going to find out?! Lmao. When my bird died we just put it in a little box and burried her in the back yard. Sorry about your bird though :< 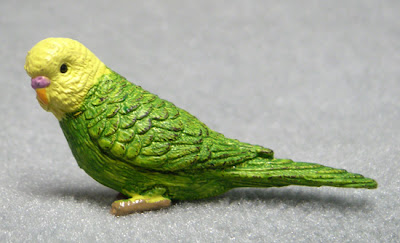 You can cremate your budgie's body and have it placed in a box or urn. Then you can either keep the ashes or spread them somewhere beautiful. I'm sorry for you loss.

Man, I am sorry for your loss. I know how you feel. I absolutley LOVE budgies and parakeets, so what I have done with mine is just bury it and say a few kind words, and hope Adam is going to the big nest in the sky....

Its probably legal. I would wrap him in a piece of fabric, make a little coffin (Just a wee box) and bury him deep. But make sure no dirt can get into his wee box. I did that with my budgie. <3 o:p="o:p"> 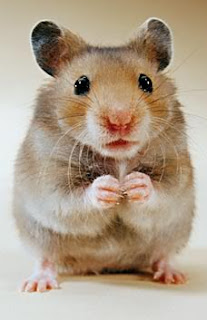 Posted by Margaret Gunning at 1:38 PM