Jesus Christ! There he is again!

What do you call those, you know? - those images, usually religious, but not always religious, and there's two of them and they flash back and forth? I mean, two images that appear on the same, what, thingie, not paper or cardboard like a photo but a sort of plastic thing. It's like a photo with a double image, except it's not. What's the NAME of those things, if they have a name?

It's hard to find them now, but as a kid they were ubiquitous and represented an extremely refined form of technology. You could even get a ring with Jesus on the cross flashing back and forth with the Last Supper. The material was sort of - how do I describe it? Thick and plastic-y, sort of rough with little lines running across it. It had a weird texture. The last time I saw any of these was 15 years ago in a little Quebec town called St. Anne de Beaupre, a place with a beautiful cathedral which vibrated with everyday mysticism. The gift store had mostly tacky things in it, but I still have a hand-carved wooden pendant of a descending dove which only cost about $2.

Maybe this is all that's left of that Crackerjack-box miracle of my childhood: images of Jesus that sort-of move, usually in a wiggly or jerky way. You can't wear them like a ring, and most people think of them as pretty ridiculous.

Cynical though I may be, and I am plenty cynical sometimes, some part of me has never let go of the dizzying wonder of the Nazarene. He is a mystery I cannot begin to fathom. Attempts to debunk or mock or make-look-stupid are too easy. Jesus represents the awful vulnerability we all share at the core. Jesus bids us shine with a pure, clear light.

Jesus may have not so much walked on water as hopped, or maybe slid if the water was frozen. But never mind the manner of locomotion. What disturbs me about this one is how he suddenly disappears, just as I am starting to warm up to him. Too true.

This one reminds me of my last migraine: you just think it's never going to end.

Something about this one, though. . . It's supposed to be a gif and rippling away, but so far it isn't doing very much. But this Jesus is nice-looking and has tender, compelling eyes. They look blue and that isn't very likely, but we'll forgive that. I might sit down and talk to this Jesus if he were only real.
Was there a Jesus after all, or did we just wish or will him into being? A thousand layers of pretentiousness, cruelty, fear, false worship, hypocrisy, suffocating ritual, sexual abuse and shameful coverup, and all those things that sicken me unto my soul, have covered the truth over, and over, and over, encapsulating it as if it were a disease, and obscuring what may or may not have been there to begin with.  A vast civilization has been built up, a massive edifice founded on a possible myth, a good story that we are pretty sure never even happened.
Posted by Margaret Gunning at 10:32 PM 2 comments:

Email ThisBlogThis!Share to TwitterShare to FacebookShare to Pinterest
Labels: icons, images of Jesus that flash back and forth, Jesus gifs, Jesus painting restoration, Jesus paintings, mockery of religion, religious images

CHRIST! Look what they've done to this painting! 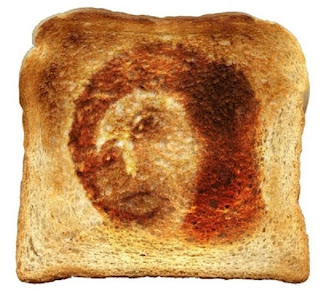 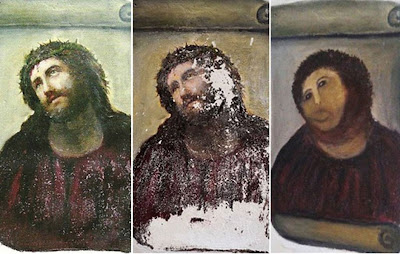 Masterpiece no more: the alterations to Elias Garcia Martinez's Ecce Homo were made by an elderly Spanish woman trying to do a good deed.
Ecce Homo (Behold the Man) was a prized Spanish fresco — the pride of the Sanctuary of Mercy Church in Borja, near Zaragoza, where it has delighted parishioners for more than 100 years.

But after a botched restoration attempt by a well-meaning DIY pensioner, Elias Garcia Martinez’s 19th-century masterpiece looks more like a child’s finger-painting.

The unauthorized alterations were made by a Spanish woman in her 80s who had apparently grown upset over the worsening state of the painting.

The leftmost image is how the painting looked two years ago; the middle image is how it looked in July, when it was photographed for a catalogue of regional religious art. The image on right is how it looked on Aug. 6, when the Centro de Estudios Borjanos, a local cultural organisation, went to check on it after receiving a donation for its restoration.

A spokesman from the Centre said: “The value of the original work was not very high but it was more of a sentimental value.” It was painted by Elias Garcia Martinez who is the father of two well known local artists and the family had made a donation towards its preservation.

“The lady, who is in her 80s, acted without authorisation from anyone.

“The church is always open because many people visit and although there is a guard, no one realised what the old woman was doing until she had finished,” the spokesman said.

The woman contacted Juan Maria Ojeda, the city councillor in charge of cultural affairs, after recognizing her error. Ojeda says that art historians are now discussing if the painting can be saved.
“I think she had good intentions. Next week she will meet with a repairer and explain what kind of materials she used,” Mr Ojeda said. ”If we can’t fix it, we will probably cover the wall with a photo of the painting.” 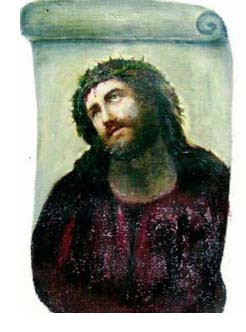 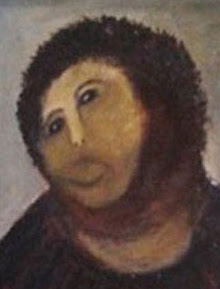 Blogger's note. HEY! How about covering it with wallpaper? Any kind would do, even Hello Kitty or those freaky dolls from Monster High.

I now feel a whole lot better about my own non-existent artistic skills.

But I will say this: it's the most unusual iconic depiction of Jesus I've ever seen, beating even those burnt-grilled-cheese varieties that sell on eBay for a zillion dollars.

I kept looking at this face, and it dern-toonderin'-well reminded me of something, or someone, but at first I just couldn't figure out what. 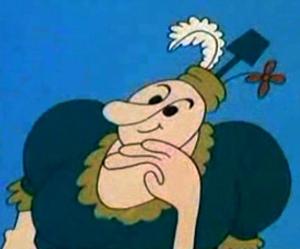 Surely Jesus resembles, if ever so vaguely, Alice the Goon from the old Popeye series.

Alice just isn't brown and smeary enough. How about a botched gingerbread man? 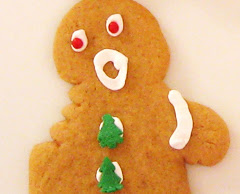 There's a small resemblance about the mouth, but it's not quite smooshy enough. 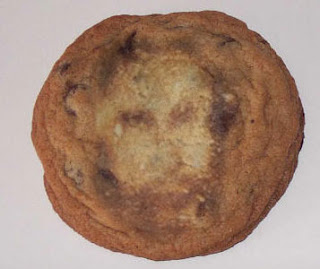 Chocolate chip? I think there must be a special stamp for these things. This one has a delightful Shroud of Turin aspect, but it doesn't quite match Mr. Ecce. 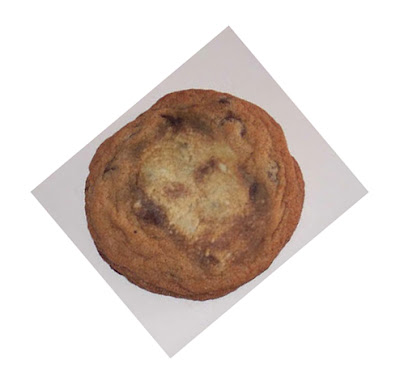 Flip and tilt him, and he looks alarmingly like Bob Dylan in his Self Portrait days. 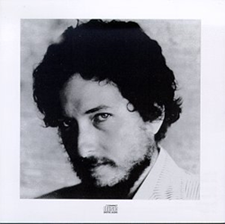 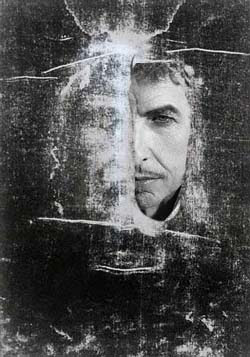 It's weird how many resemblances you spot when you stare at this monstrosity long enough Such as. . . 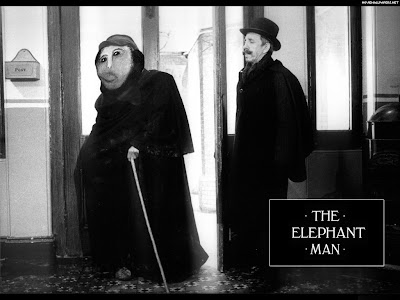 "I am not an animal! I am just a bad restoration!" 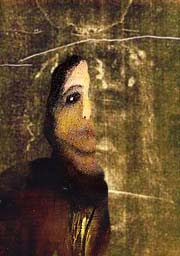 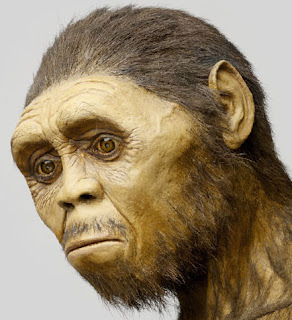 But what's this? It's Homo Erectus! His hair (fur?) doesn't quite cqpture the Inuit-fur-hood-with-chin-strap-effect, and to tell you the truth I think he's more evolved than Cookie Face with the smarmed mouth. But still. . . 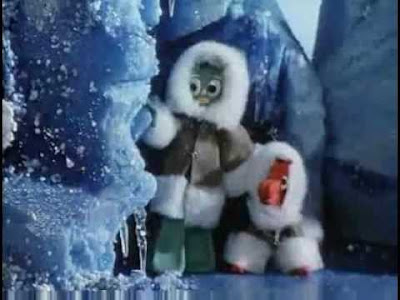