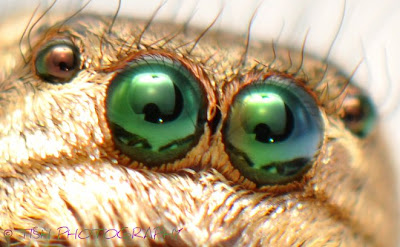 Christie Blatchford, a tough and venerable print reporter who exposes truth far more powerfully than I ever could, had some choice things to say about the horrors that happened this morning in Newtown. Some of it touched on social media and the bizarre, faceless way we communicate in this stranger-than-strange time:

The wisest story I’ve ever read about a mass school shooting is a work of fiction – no accident, I suspect, for it takes distance to see past the horror of such things, not to mention get around the makeshift shrines and the spoken and printed equivalents of the teddy bears which adorn them.

Social media and Twitter, it is certain, will make that latter task ever more difficult.

As mainstream newsrooms around the world geared up the sombre music and reporters lowered voices and dumbed down their language (yes, it is hard to imagine) in order to interview eight-year-olds, so did cyberspace fill up with omgs, fake sites, expressions of sorrow, rumours and ghastly bleatings.

To quote a young man named Ryan Lanza, who may be someone with the bad luck to have the same name as the Ryan Lanza who was first wrongly identified as the latest shooter or who may be the actual brother of gunman Adam Lanza, who complained on Facebook Friday, “So aperently I’m getting spammed bc someone with the same name as me killed some ppl..wtf?”

Either way, this is what passes for social commentary in 2012 — illiterate, petulant, self-referential sludge. 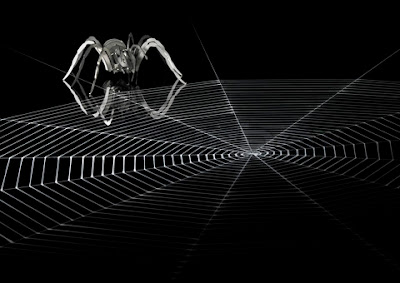 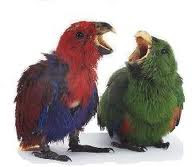 The dad once asked Kevin, “Do any of the students at your school ever seem unstable? Does anyone ever talk about guns, or play violent games or like violent movies? Do you think something like this could happen at your school? Are there at least counselors there?”

Blatchford touches on the new industry of trauma therapy that always leaves me feeling as if something had been stuffed down my gullet:

I was in Littleton, Colo., 13 years ago. What was almost as horrifying as the carnage — 14 students and a teacher dead, the killers having shot themselves — was the theatre that followed. Students were able to grieve only in public, preferably for the cameras; professionals descended in swarms to help the town mourn; people urged each other to hug their children, as though without the reminder, no one would have thought of it. 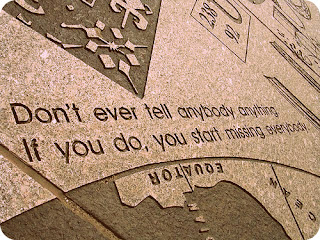 Tonight I listened to countless reporters say things like "experts claim that -" and "let's talk to an expert on this subject", after which a psychologist would come on camera and spout truisms that any grandmother would know. Not one person had the guts to say, "My God, I don't know! I don't know what to do about  any of this. I feel like there's nowhere left on earth that's safe." Not one of them admitted that there is NO WAY to "safely" let your children know about all this hideous carnage in a way that will spare their feelings and leave them emotionally unscarred.

Don't lie to them, we were told, but don't say too much.  Don't disclose, but don't withhold either, and make sure you give them a big hug (because otherwise, we might forget).

But even that convoluted mobius of non-advice wan't the worst.  Every single "expert" I heard tonight told us that we should reassure our children that it "won't happen to them".  Oh? Do we know that for sure? Did Newtown know that for sure when it woke up this morning? If a place that looks like a Norman Rockwell painting could bury twenty small children just a few days before Christmas, we should not be so sure it "won't happen" in our town, that it won't start to happen in escalating waves as more and more people go crazy from alienation and meaninglessness and fall into the moral void that breeds pure evil. 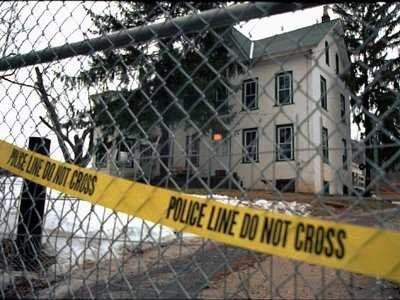 First there was that groan, the sound that has become almost involuntary of late:  oh, no. Not again. That sense of headshaking disbelief and dismay, and horror. Another mass shooting, this time in an elementary school, and right before Christmas! And then the words echoing in my ears, something my 7-year-old granddaughter had said to me earlier in the week: “My school was in lockdown yesterday.”


It turns out that “lockdown” in elementary schools has become as routine as fire drill. This is a word I never heard in my childhood, or in my children’s. In fact, I never even heard it 20 years ago. So what in hell is going on here?


I could go on and on – I have a tendency to go on and on when I am confused, frightened and angry, whipping up my adrenaline against the awful sinking depression and despair that is surely to follow. I could go on and on about gun culture, about how Americans seem to think that the solution to guns is “more guns”. It has been a contentious point between Canadians and Americans for as long as I can remember, and has now become inflamed as never before. 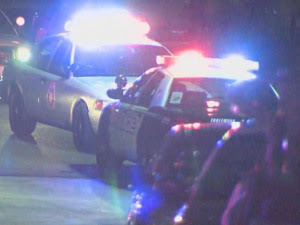 Here is my point. If you have a deadly weapon in your hands, you don’t have to think. All you have to do is make your way to a promising venue, a mall, a movie theatre or an elementary school, and squeeze the trigger. Pop, pop, pop, the sound registering as “firecrackers” to people who are used to hearing the phony “BLAAMMM” of TV shows and movies so that they don’t even know enough to respond.


As a matter of fact, almost everyone involved in these horrors says something like, “I thought I was in a movie”. Oh, how distanced we have all become from what is real.


My feelings are like a dark kaleidoscope, all broken up and shifting and moving. Pieces jump out at me, jagged as glass, and I don’t want to look at them.


I like to watch a very lightweight entertainment/news program called Inside Edition, the kind of show that usually has a funny animal video at the end (though, come to think of it, almost every TV station in the world showed the Ikea Monkey the other day). A cop or some other security guy – who pays attention to these things? – was demonstrating to the host what to do “when the guy opens fire” (not if!). This was in a mall, and the security person said, “The last thing you should do is run.” This reminded me of nothing so much as the instructions for dealing with an enraged bear or a cougar or some other predatory animal. 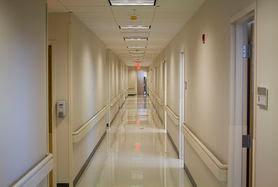 No, if you run you’re a moving target – prey. You’re supposed to crouch down, take cover - preferably behind one of those big metal garbage cans with the bars on it. Bulletproof, unless (he said) a bullet accidentally ricochets off the wall and gets you in the back of the head.


I almost can’t write about the kids right now, but I will, a little bit at least, because writing is the only way I can even begin to get my mind around it. One thing I notice about mass shootings that affect children:  right away the grief counsellors pounce on them and insist they talk it all out, tell them everything that happened to them, every horrific detail, preferably over and over again. Lately some of these counsellors have come under fire (sorry) for squeezing memories out of kids who might be “processing” them a different way, who might not be ready to say anything, or (amazingly!) might prefer to talk to their Mum or Dad or their grandparents.


There is a grief industry now. I don’t remember anything like that when I grew up because there was no need.  I also don’t remember one single shooting in a school, not even of one child. Nor do I remember any of this happening with my own children. 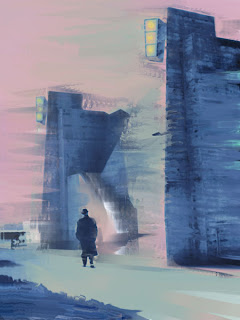 The game has changed, obviously, dramatically, irrevocably. How are we to raise a generation of kids who are anxiety-free? All right, no one is anxiety-free, but how are we supposed to take them to the mall – or the movies – or even drop them off at school without a horrible fear of chaos and screams and blood on the floor?


I could say it’s the boom in technology, and I think it’s a factor. I realize that this is a highly unpopular, even taboo and stigmatized thing to think or say, but I will say it.  No one has a conversation any more: they text, phone, “tweet” or go on Facebook, an ironic name for something with no face.  Sociologically, we just haven’t had time to catch up with this explosion, this game-changer that everyone assumes is an unalloyed good. 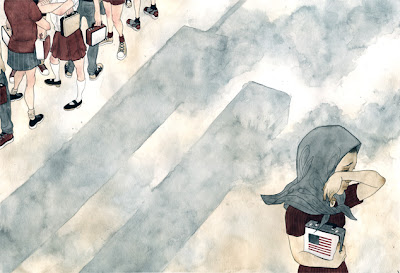 We can’t see each other’s facial expressions any more (and Skype doesn’t count because, in my opinion, it’s theatre). It’s all “lol” and “wtf” and poorly spelled messages that don’t really mean much of anything.


I recently asked my husband in exasperation, “What do these people talk about on their Smart Phones all day?”


Tacking away with your thumbs like some self-obsessed crustacean does not make you more human, does not help you communicate anything of importance. It only feeds your vanity and narcissism and  helps you shut off your feelings so that nothing is quite real. So when the awful time comes, you’ll think you’re in a movie, playing the role of the hunter, or – even more tragically – the hunted. 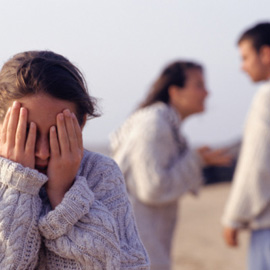 We can’t take it all back, turn back the clock, and I’m not saying we should, but someone HAS to respond to this escalating nightmare with something that actually makes a difference. Alienation and unaddressed rage have become a huge problem in contemporary culture, leading to widespread bullying and other forms of sadism. How easy is it to bully and threaten and mock and shame vulnerable children when you’re not even in the same room with them?


But unfortunately, to kill them, you have to be there.


Doesn’t anyone make any connections any more, or are they afraid they will express an opinion that’s unpopular?  Do these problems have no roots in personal alienation and the dizzying rate of social change, or is each shooter “just some nut with a gun”? 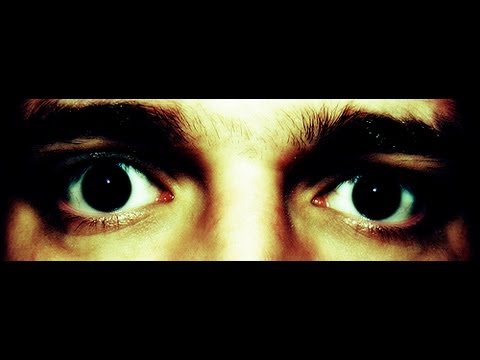 I think we need to go back to the very beginning and learn how to be human again. How to put down the devices and stop the madly clawing thumbs and look at each other, really look. And talk.


And figure out what’s wrong with everything now, and what’s right with it, and how to deal with things as they go faster and faster without our conscious awareness because we have all become so terrifyingly numb.