I wish that I were dead!

Agghhh! The worst has happened, and a whole post disappeared. Is this some sort of "sagn" that I'm not supposed to write about Oscar Levant any more?

At this rate, I never will, for I HATE trying to piece together lost posts.

It didn't even save as a draft, which is insane! I tried to listen to some Debussy while fucking around with my photos, which are probably gone also.

Perhaps Oscar is playing with me. 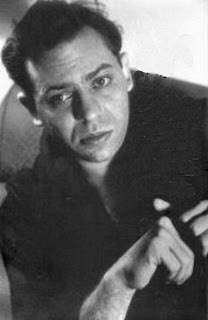 Levant was a strange one. In the video he is being marched along between two ageing legends, Fred Astaire and Ginger Rogers, who have been hauled out of retirement to do yet another musical, The Barkleys of Broadway. I'm not keen on the retread aspects of this show, with Astaire in his 50s dancing with a bunch of disembodied shoes. This 3-minute ditty is the best part: it's a charming little song, with Oscar bellowing in a voice that sometimes reminds me of Walter Matthau. And it was true, he really did hate the country - the crickets scared him.

So what was I going to say about all this, before it was all fucking lost? I wanted to tell a little story from the Levant bio I am reading, A Talent for Genius. I'm not sure what I think about this book, or about Levant generally, because he ended up such a wreck. He looked about 100 years old when he died, twitching, bent over, virtually incoherent, his mind in a million pieces. Such a mind. And he was only 65. 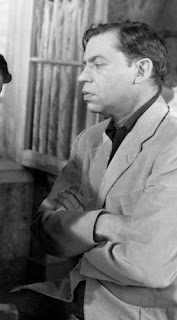 "Levant's film career was about to become another stroll through a hall of mirrors," the bio claims, "not only reflecting his own life experience as a struggling musician in New York, but full of biographical doppelgangers as well."

Anyway, one of the first times he played the "Oscar Levant type" that was soon to be popular in the '40s was in Humoresque, in which Joan Crawford plays a rich older woman lusting after a novice concert violinist (incongruously played by John Garfield). Levant probably got along fine with him, since they had a certain gangsterish quality in common, even though he was hardly a musician: Isaac Stern had to stand behind him and stick his arms through his jacket to play the violin.

Crawford was another matter. 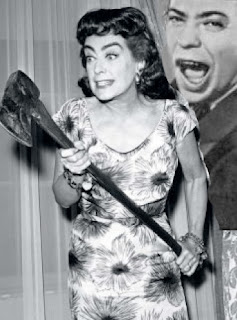 To quote A Talent for Genius: "To Levant's mystification, Crawford always showed up on the set carrying two raw steaks under her arm. She also had a habit of knitting during the long hours between scenes - she was a compulsive knitter. She even brought her knitting to dinner parties. Noticing this habit, one of Levant's first remarks to her on the set was, "Do you knit while you fuck?" 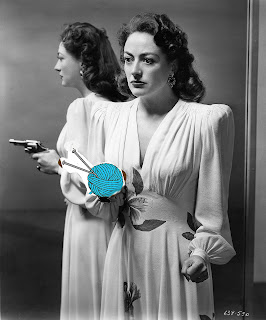 I can't picture it. I can't picture Levant with Crawford - at all - though legend has it he was a chick magnet, a fact that was written into several of his movies (e. g. The Barkleys of Broadway, in which he plays a bravura version of Khatchaturian's Sabre Dance while four gorgeous babes "woo-hoo" him from the balcony.) 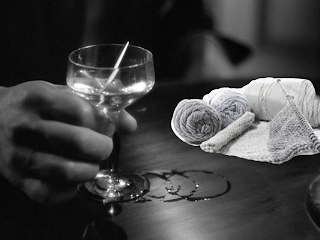 Oh I don't know, I suppose I should try to be more charitable towards Joan Crawford. Then again, why should I? She's dead and she was a hard bitch who only cared about herself. She ate men alive and spat out the bones. I tried to find a picture of Catherine O'Hara spoofing her Humoresque rich-bitch character on SCTV: they did a superb satire of the movie called New York Rhapsody, though they didn't include Levant. (Eugene Levy might have been up for it.) I just remember O'Hara's shoulders wouldn't fit through the door, so she had to go sideways.

It's hard to know what exactly happened to create the "Oscar Levant type", because there really was no such thing. He didn't do anything an actor was supposed to do. He didn't project. He said his lines in a flat New Yorkish voice and showed little emotion. He rarely smiled. He played piano in a way that could give you an orgasm, but when he was finished and took his bow, he had a sort of pained look on his face. Why did everyone love him so much?

CODA. Or something. This book just gets better and better. I mean the "fuck" parts, as Levant himself might put it. He started out with an awful fondness for professionals, and seemed to have thought of sex mainly as a business transaction. Later it was married women - no strings attached, and by this time he seems to have gained some technique. His two wives (not at the same time) might have thought he was crazy, but both admitted he shone in a certain arena. "Oscar was sexy," his "forever-wife" June said about him, "and women instinctively knew he'd be good in bed, particularly married women who felt a little thwarted in that area." Though he was given to explosive battles with his first wife, she said about him, a little sadly, "Oscar was a wonderful lover. He was tender."

Email ThisBlogThis!Share to TwitterShare to FacebookShare to Pinterest
Labels: A Weekend in the Country, Fred Astaire and Ginger Rogers, Humoresque, Joan Crawford, Oscar Levant, The Barkleys of Broadway

It wasn't good, my childhood. Few and far between were the real joys, and this wasn't one of them. But we sort of watched the show anyway. I must have kept watching it right up until high school, because I distinctly remember my seatmate Patty sending up the "hurray, hurrah" theme song with "c'mon and take a hm-hm" (meaning, presumably, a dump).

This whole genre is creepy and sick, a big man controlling a little man of childlike proportions, making him say things, making him DO things he would not normally say or do because he is nothing but a chunk of molded particle-board adorned with bits of plastic. 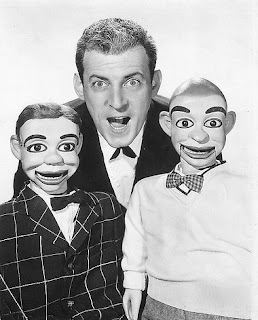 I couldn't escape Edgar Bergen altogether (and for those who are too young to remember - in other words, everybody - he was Candice Bergen's Dad and an old vaudeville entertainer, a ventriloquist who performed on the Ed Sullivan Show in his dotage). He appeared mostly on the radio with his dummy Charlie McCarthy, a smart-ass hunk of particle board famous for parrying with W. C. Fields. But think of it: a ventriloquist on the radio? Isn't that sort of like tap-dancing on the radio, or doing card tricks? What the fuck was THAT all about?

When he showed up on Ed Sullivan, it was plain he wasn't even trying to avoid moving his lips. He didn't even talk out of the side of his mouth, and no one cared. None of this business of drinking a glass of water while Charlie sang Vesti la Guibba. 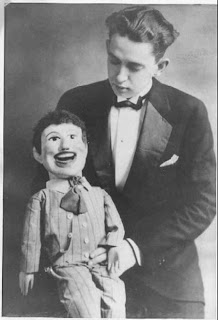 I might have posted some of these photos before, who knows. They are hideous. The things that children had to endure in the name of entertainment is awful to contemplate, but the thing is, this stuff used to be really popular! A form of it still exists in weirder circles, like on TLC's My Strange Obsession. 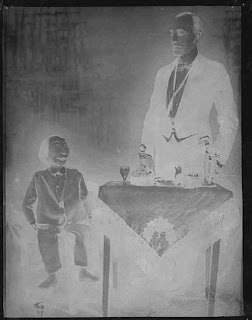 Such an extreme form of the black arts lends itself to movie treatments and episodes of the Twilight Zone. The dummy talks all by himself, blows up the theatre, etc. or cuts his master's throat. For some reason Gary Oldman did a whole buncha gifs pretending he was a ventriloquist's dummy, so I thought, why not, even if he doesn't really look like one.

My question is: if Gary Oldman really is playing a ventriloquist's dummy here, where is the ventriloquist? Who has his hand shoved up his back, who is yanking his string? Who throws him into the trunk at the end of the day and locks it? Who takes home all the earnings, not even sparing his dummy a few crumbs of sawdust? 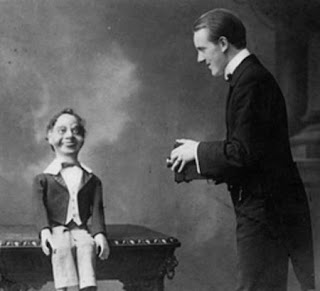 The dummy exceeds even the doll in spiritual significance/menace, because he says things (lots of things, not like Chatty Cathy), carries on conversations, and seems to have a will of his own. This must go back to something very ancient, like the Very Ancient Creepy Ventriloquist's Dummy Ritual That Scared Everybody Shitless. But people came anyway, and paid good money. 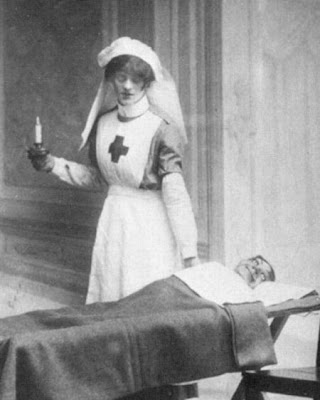 This is my personal favorite: the Dying Dummy, his nurse at the ready with a horse syringe. The grin on his face reveals his delirium, if not his masochism. How can a dummy die if he isn't even alive in the first place? Doesn't this smack of zombie ritual and voodoo? THIS is children's entertainment?