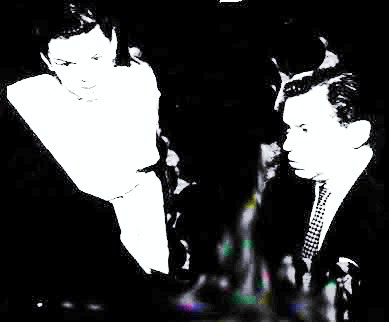 If anyone doubts for an instant, for even a flea’s sneeze, that I am an obsessive, then hear ye and hark. Here comes another entry about Oscar Levant! Something about the man just hooks me, and it’s not altogether a comfortable feeling.

I have a horrible habit of sampling through books before I actually read them. It’s far worse than reading the ending of a murder mystery, for this involves sucking the marrow out of a book, vacuuming up the essence and thus insulting the author by claiming to know what’s in it, and whether or not it’s worth reading.

I have never, I mean NEVER done this with a review copy: I have always read every word, keeping in mind the golden rule. If a reviewer ever covered my work after a mere skim or a skipping dip, I’d be devastated. But when it’s my favourite form, the three-inch-thick, slightly skanky literary and/or Hollywood biography, I allow myself to abandon the sequential. I am a speedboat bumping along on the crests of exhilarating waves. 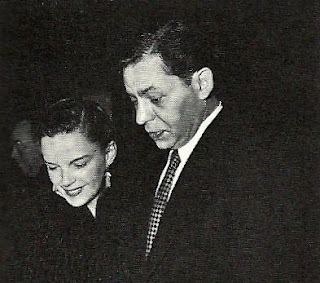 And in such a way am I bumping through this book. When I came across the passage in A Talent for Genius about Oscar Levant and Judy Garland, my heart beat a little faster. I can’t really reproduce these 2 1/2 delicious pages because it would violate every copyright ever invented. But I can describe it in my own words, and somehow I must!  Oscar was in his early 30s and already a major celebrity as a concert pianist and radio personality. In various places in the book, women refer to him as “sexy”, “tender” and even “a wonderful lover”, so the big sloppy mug with the Walter Matthau looks must have had a thing or two up his pianist’s sleeve (or in the tips of his Gershwin-playing fingers).

It was even more surprising to learn just how readily he partook. Women, glamorous or otherwise, were there for the sampling, but he didn’t just sample. He devoured. Prostitutes were his first choice as a young man, with his rowdy older brothers actually dragging him off to a brothel to celebrate his bar mitzvah.


"Oscar was sexy," one of his conquests claimed, "and women instinctively knew he'd be good in bed. . . particularly if they were a little thwarted in that department with their husbands." 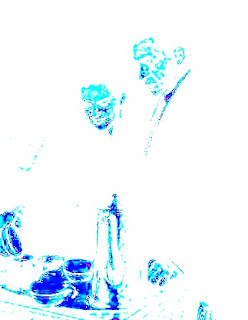 Along with other people's wives, he was drawn to  actresses, gorgeous and glittery, many of them beautiful sexual predators. These were mere hors d’oevres to , who no doubt enjoyed himself with them (and they with him!), but felt no real emotional attachment.

He was a Victorian sort of male in that he kept sex and love so widely separated that they barely inhabited the same planet. Eventually he married one of these glittery women and made it last 33 years, so let’s hope he got over the dichotomy enough to thrill her with those swift and talented fingertips.

Anyway, one day came a momentous encounter at the Capital Theatre in – don’t ask me where that is (, maybe?).  Judy Garland was still in her protracted girlhood, her chest strapped down to play Dorothy in The Wizard of Oz. But at 17, florid passions were beginning to bloom, and the first object of her romantic obsession was . . .  Oscar Levant. 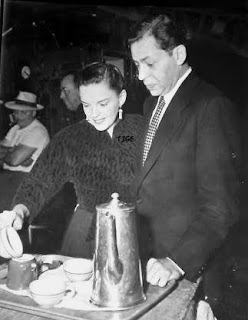 Yes. Oscar Levant, rumpled and gangsterish (and who wouldn’t love a man who strode down Fifth Avenue “hatless as usual, wearing Nick the Greek’s castoff overcoat”?), with his tragic eyes and lips that suggested all sorts of dirty orgasmic things: somehow this unlikely poet of Tin Pan Alley had attracted the attention of a dynamo, a girl already hurtling towards phenomenal stardom. When she sidled up to him and asked him, “What do you think of me?”, he quickly replied, “You’re enchanting.” “Don’t give me that! What do you really think of me?”

The two of them had instantly recognized something essential in each other: both of them were terminally insecure, with an incurable inner void that may have held the key to their magnetism. Still in her teens, was a mere bud, and must have known it, for he handled her passionate love letters and gale-force eyelash-batting with extreme care. ANY attention from him was welcome, obviously, but when she wrote to him confessing her undying passion and existential angst, he recommended certain books for her to read and music to listen to. Not exactly what she had in mind. 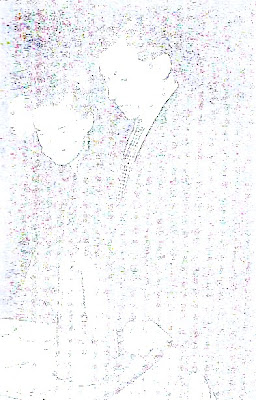 He must have believed that mentor was a safer role than lover for such a vulnerable creature, and of course he was right. In fact, they never did become lovers, but something better happened. I think this was a case of mutual fascination, something that went on for years and years. Their paths would cross again and again because they ran in the same circles. Which is to say, they did a lot of running around in circles and falling down.  They’d salute each other on the way down, maybe trading a pill or two.

Thank God they never married. When he met the girlish bundle of insecurity that was Judy Garland, Oscar was already deeply involved with June Gale, his future wife, but was not above using Judy to create the aphrodisiac of jealousy. This helped June leap over the chasm of uncertainty about marrying such a walking dilemma.


Oh God, and ! Am I the only one who has such trouble with them? They both lapsed into an awful sort of tawdry deterioration at the end of their lives. It was painful to watch. kept dragging herself onto the stage, singing in a raucous parody of her early brilliance, while mercifully withdrew, but with body and soul mangled, mental health completely ravaged. According to this book, there were times when he really was insane, howling his anguish in mental hospitals, hallucinating, and. . . I really can’t go on. 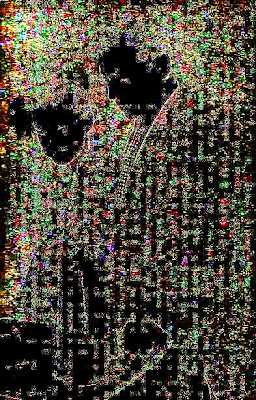 Life stinks. You know it does. If YOUR life doesn’t stink, then you are damn lucky. Would you want the sort of life these two had? Would you choose the life of ANY great artist, since so many of them are ripped apart by sharks, either internal () or external ()? Why must it be that way? If I had a gun in my hand. . . but I don’t, and my life is boring and ordinary and I am spectacularly untalented. Perhaps it’s just as well.
Posted by Margaret Gunning at 12:47 PM No comments: