I was surprised to note that Gene Kelly grabs his crotch at 3:30.
Posted by Margaret Gunning at 9:35 PM No comments: 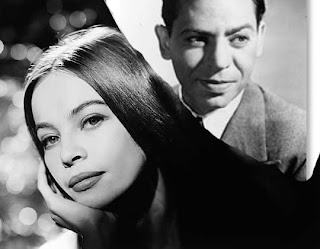 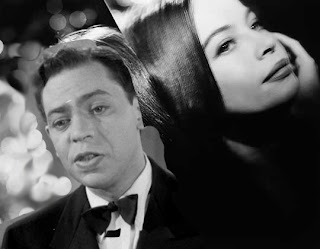 (from A Talent for Genius: The Life and Times of Oscar Levant by Sam Kashner and Nancy Schoenenberger):

"It was Gene Kelly who had brought the seventeen-year-old ballet dancer Leslie Caron over from Paris to star as the gamine Lise Bourvier (in An American in Paris). . . At a studio party to welcome Leslie Caron to Hollywood, Oscar (Levant) met the French teenager who would be turned into an American movie star with her first picture. June (Levant) was anxious to know what Gene Kelly's discovery looked like. 'She looks too much like me as far as I'm concerned,' he replied. 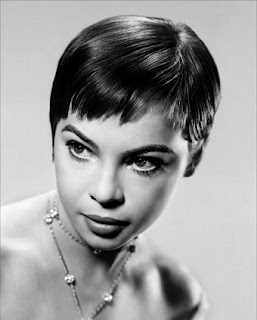 As preposterous as the remark sounded, there was truth in it. Caron did indeed look like a feminized, fetching version of Oscar Levant, with her full, pouty lips, round head, and wide, intelligent eyes. The resemblance would be borne out later in Amanda Levant, the daughter who looked the most like her father and who would bear a striking resemblance to Caron."

We may not agree with this thesis, but we can try it on, can't we? Every adjective has been used on Levant, and his pictures show a man who can be either borderline-dishy, or as toadlike as Jabba the Hutt. He's much better in his movies, where his set-the-world-on-fire piano playing style immediately sends the hormones soaring, whether you like his looks or not. 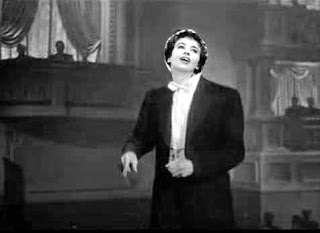 As for Caron, she's a bit overbite-ish for my tastes, her invisible tail frisking away like a merry little squirrel's. Hi-Lily, Hi-Lo, indeed. 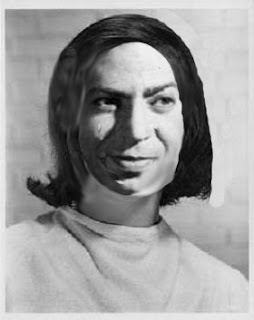 There's something Satanic about Oscar's face that doesn't go well with a blunt cut. 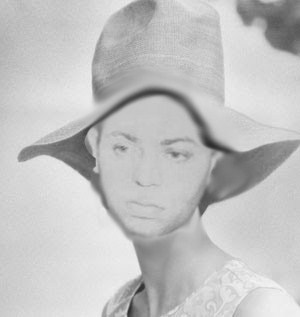 Funny, but I DO see the pouty mouth and sad eyes in this one,
though he was awfully young here. 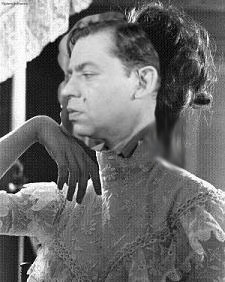 No, no, NOOOOOOO. . . this isn't working. . .  Levant in drag is just too incongruous. Once he outgrew that soft-faced, baby-lipped phase, he began to look sort of like the neighborhood tough, and it suited him. 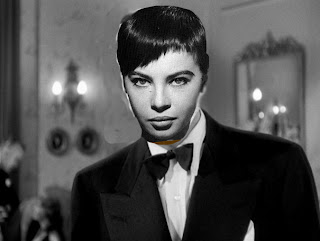 Now THIS is Caron's true predatory nature, all done up in Oscar's sexy performing tux and trademark bow-tie. 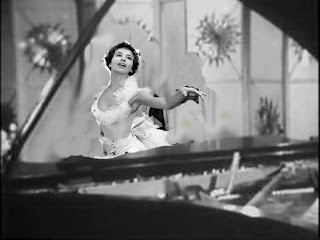 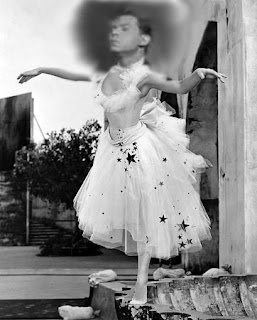 Ahh. . .
Enough, enough! Let me quote another strange source, an astrology site that dissects Levant's natal chart (something to do with a goat), and makes the following alarming statements: 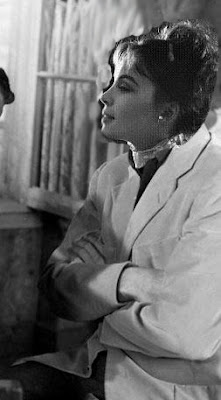 "He was knock-kneed and always looked disheveled with his rumpled, crumpled attire. Many women found Levant sexy with his limpid eyes, sensuous mouth, helpless demeanor, and devilishly wicked tongue. At home, his friends would find the pianist hunched over the piano smoking one of his countless cigarettes playing Bach, listening to Beethoven on the phonograph and reading Albert Camus at the same time." 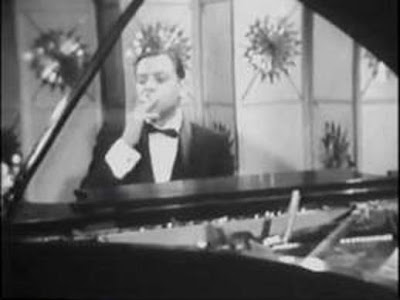 Would I have wanted to know Oscar Levant? He was a close friend of Dorothy Parker - they always spoke highly of each other - but I've always had severe doubts as to whether I would have wanted to meet her. She was just too difficult, too draining, though as with Levant, celebrity swirled around her. I've just started reading the Levant bio, and already it's alarming: the man was a sort of bipolar's bipolar who careened from one extreme state to another, sometimes soaring in huge updrafts of grandiosity and other times glued, paralytic with depression, to his bed.

As with Parker, though, he had loyal friends, people who honestly loved him and knew they were in the company of an original. They don't make them like that any more, do they?  Perhaps in the course of human history, one Oscar Levant was enough.