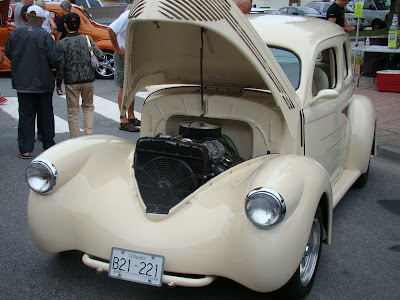 This was my first shock. It's a "whatisit" from 1949 (or something), bulbous like a fungus, or puffy lilke a marshmallow. The hood has these strange vents in it. The creepy protruding headlights  look a bit like Jeff Goldblum's eyes in The Fly. Not a pleasant car, at all. 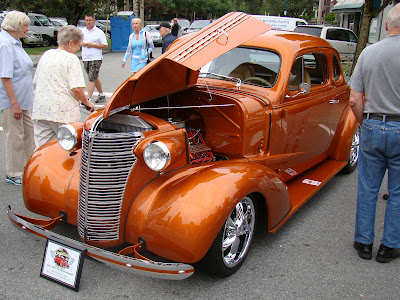 Maybe it's all my recent musings on the Edsel with its shit-bucket grill, but I became fascinated by all the chrome doo-daddies on the front of these things. This looks like a giant strainer that seems to go the wrong way. Bulby, bulging shapes were the norm back then. When was this? Either the late '30s or early '40s, I think. What car? Who knows. Did I keep track? No. I don't even like cars, but I liked looking at these. 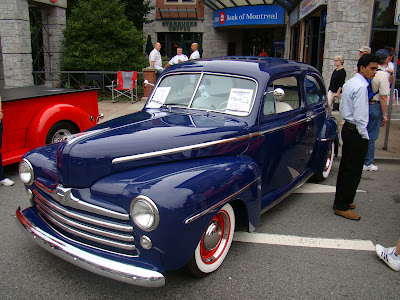 Plain beautiful. Saner-looking grill, though the headlights still have that odd ocular look. It's funny how designs evolve and shade into each other: here the extreme bulbousness is played down, the line is sleeker. Must be late 40s or even 1950. 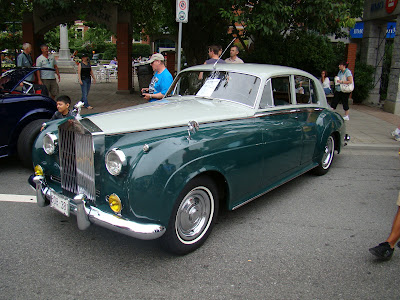 Home, James! I would describe this one as "stately". Might be a Rolls. This one displays the tiny slitty windows that became the norm for a few years. How did you see out? 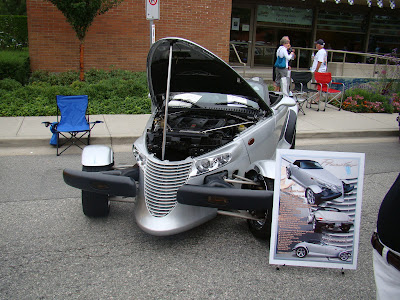 This is never a car! Maybe part of a car. Maybe it can fly. 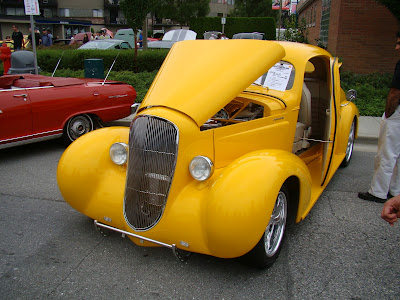 At first glance this looks just like the first photo, but it isn't. Note the difference in the hood, opening in the other direction and without those odd-looking vents.  The headlights are dramatically different, more like spectacles than googly eyes, and there's that tall centre grill like something off a baleen whale. The more you look at them, the less similar they seem. But they're both odd as hell. In fact, to me this looks more like a back end than a front end.  Can it be driven either way, I wonder? 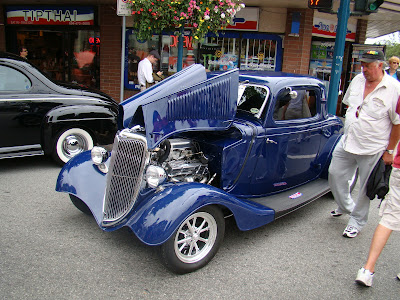 This one is called the Westerburg Flying Roadster with double-axle streamlined Viking shield and removable Matchbox wheels. 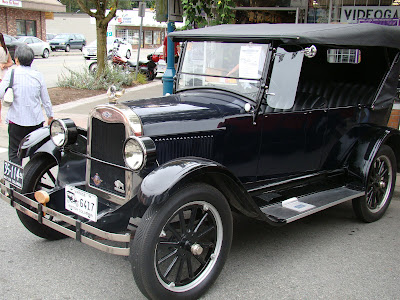 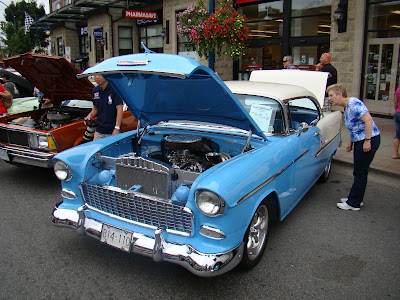 Just to prove I was there. A second later I heard a surly voice behind me: "Don't put your head in the car!" Does this mean the door of the trunk might come down and decapitate me?

(I should explain that this was the Port Coquitlam Car Show. It's nice to go every couple of years and wander around, contemplating HOW ON EARTH some of these cars ever got built. And they thought the Edsel was odd-looking. )

Posted by Margaret Gunning at 11:18 AM 4 comments: