FOUND! The author of That Really Dumb Psychology Test 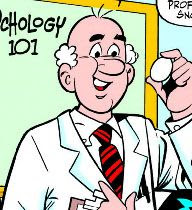 Here in all his grainy glory is the original author of That Really Dumb Psychology Test we all took in high school (the one with the bear and the cup and the dada-dada-dada). Or didn't, but should have because it revealed so much about ourselves, to ourselves. The proof: just look at the blackboard behind his head as he holds up that egg (egg??): it says "CHOLOGY 101". Unless chology is a scientific discipline I haven't heard of, it's plain that this guy wasn't just an ordinary chemistry teacher whose students (like Archie) blew things up in the lab.

He even has a Wiki entry all his own:
Mr. Flutesnoot is a fictional character from the Archie Comics books. 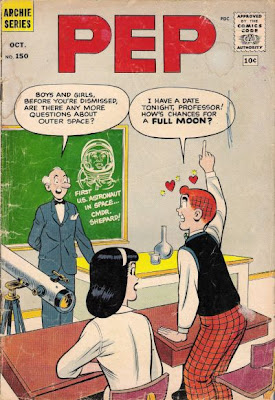 Mr. Flutesnoot is a chemistry professor (he has also been shown teaching music and history as well). Although to a lesser level than Hiram Lodge and Mr. Weatherbee, he is sometimes the victim of Archie's ever-present accidents (in particular when Archie blows up the school's chemistry lab).

Occasionally, Mr. Flutesnoot will run into trouble when dealing with his scientific finds. In one comic, Moose gains the ability to predict the weather from sunspot activity. The sunspot effect wears off right as Moose predicts sunny weather for the next day's meteorological picnic, so Flutesnoot makes a fool out of himself when a thunderstorm comes instead. 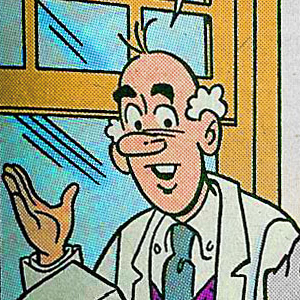 Another time, Flutesnoot's satellite dish picks up a signal he believes to be of extraterrestrial origin, but he later discovers that the sound is from an audio tape running backwards. However, at the end of the story, there is, in fact, a rock band of aliens singing exactly the same words.

Now, don't get too excited here because there is an alternate explanation: my friend Matt Paust insists that the author of That Really Dumb  Psychology Test is the guidance counselor from Funky Winkerbean, Fred Fairgood (and not, as Matt told me, Feelgood, which I personally prefer anyway because wasn't that really his mandate?). Since Winkerbean is just a slightly updated version of Archie, it stands to reason.

Other candidates include Albert Ellis (the sex guy), Erich Fromm (the other sex guy), Carl Rogers (known as "Mr." to his friends), and the redoubtable Carol Gilligan, whose most famous diagnostic test posed the existential question, "Would you rather be Ginger or Mary Ann?"

Turn to this blog, folks, for the Answers. 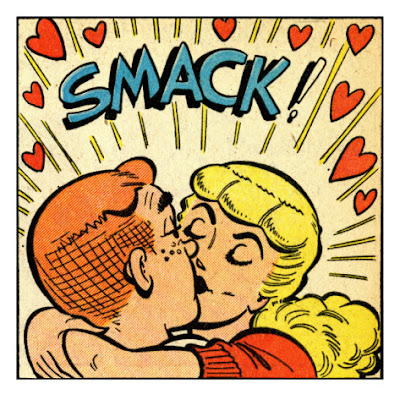 (Oh, and. Have you ever noticed that both Gilligan's Island and Archie have two babes with opposing personalities, one wholesome and one sexy? But in this case the brunette is the sexy one. Go figure.) 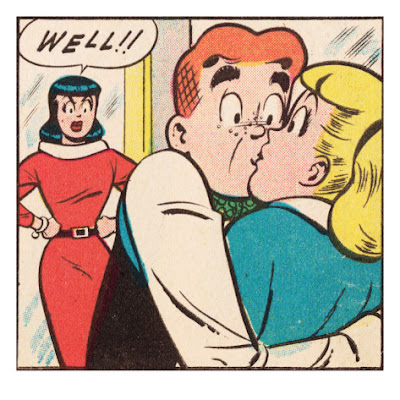 Posted by Margaret Gunning at 10:04 AM 7 comments: