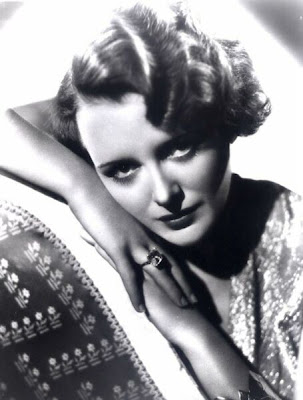 Amazing what you can ferret out if you just keep trying. Turns out those lost excerpts from Mary Astor's infamous diary weren't in David Niven's books - any of them. There was mention of Mary being "a very busy girl indeed", but no explicit details.

As it turned out, what I was looking for was right under my nose. The bookcase in my office is mainly for show, with nice-looking but basically boring hardcovers that were a mistake to purchase. But in with all this bumph (perhaps buried by guilt) was THE BOOK: Hollywood Babylon (which I only bought to research a paper on Cecil B. deMille, I swear!). 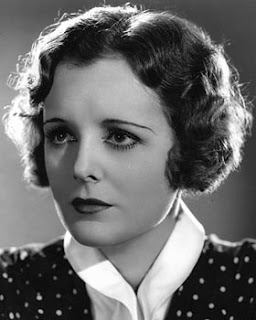 OK, so Mary's little diary isn't nearly as salacious as the things we see today, but by the standards of the 1930s it's pretty hot. It even drops the f-bomb a couple of times, so be warned, if that sort of thing bothers you. Her unlikely liaison with the married playwright George S. Kaufman, who looked a bit like Kramer in hornrims, generated all sorts of sparks and steam. The story continues. . .

"One morning about 4 we had a sandwich at Reuben's, and it was just getting daylight, so we drove through the park in an open cab, and the birds started singing , and it was a cool and dewy day and it was pretty heavenly to pet and French. . . right out in the open. . .

Was any woman ever happier? It seems that George is just hard all the time. . . I don't see how he does it, he is perfect." 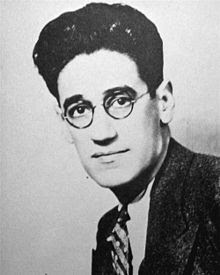 Such "perfection" had to be carefully hidden from her husband. But there were ways.

"Monday I went to the Beverly Wiltshire and was able to see George alone for the first time. He greeted me in pajamas, and we flew into each other's arms. He was rampant in an instant, and in a few moments it was just like old times. . . he tore out of his pajamas and I never was undressed by anyone so fast in all my life. . .

Later we went to Vendome for lunch, to a stationer's shop. . . then back to the hotel. It was raining and lovely. It was wonderful to fuck the entire sweet afternoon away. . . I left about 6 o'clock. . .

Sat around in the sun all day - lunch in the pool with Moss (presumably, playwright Moss Hart) and George and the Rogers - dinner at the Dunes  - a drink in the moonlight WITHOUT Moss and Rogers. Ah, desert night - with George's body plunging into mine, naked under the stars!

(Uh, OK. Sooner or later the starlit idyll ended: the jig was up and Mary's husband threw a fit, demanding she give up George immediately. But Mary was not quite ready to surrender her sweet desert nights beside the pool.)

"For the sake of peace and respite from all this emotionalism, I told him I would do nothing at the present. My main reason for saying that is, quite honestly, I want to be able to see George for the rest of his stay here without being all upset - looking like hell. I want to have the last few times of completely enjoying him."

Completely enjoy him she did, like prime rib or a fine piece of sirloin. Why she chose such a complete doofus still remains a mystery, especially in light of the rumors that he and his wife lived chastely separate lives.

I like the chick-a-boom at the end of this story.

"Kaufman had taken a powder during the courtroom proceedings: he sat them out in New York with Hart. He dodged queries concerning the case, but once, when cornered by reporters at the stage door of the Music Box, he allowed:

"You may say I did not keep a diary." 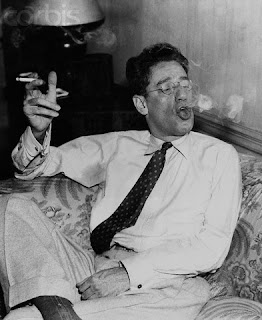 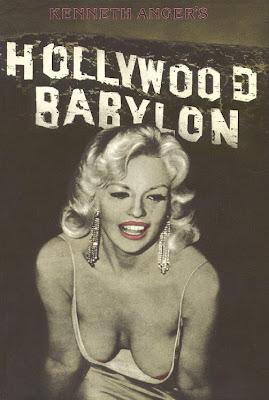 I don't what this is, must be flu or something, but it is evil.


I hardly ever get sick, and only got really sick on the plane home from San Francisco as it began to land (which takes about 35 minutes or so, during which someone took a drill-bit to each ear and cranked). None of the "methods" to clear my head worked, and I was in excruciating pain, like an icy wind whistling against your face when you have a bad tooth. When we landed, it did not go away, my ears never did "pop", and the next day, Oh Gawd.

I'm having trouble typing this and making about 150 errors per line, but I need some sort of distraction from this rotting feeling in the bones. So I will obsess about something else, something completely unrelated: Mary Astor's Diary. 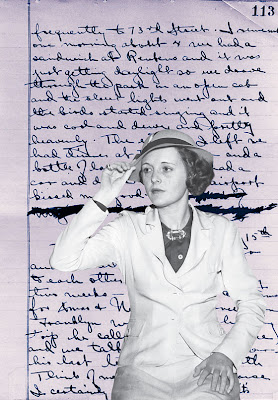 You've heard about this? No? The first time I heard about it, I swear it was in one of David Niven's memoirs. He wrote three of them, and I have two  and I cannot find the reference to this ANYWHERE. I was sure it was in the first one, The Moon's a Balloon, then even more sure it was in the second one (which I ordered used from Amazon for one cent, smelling like a rotten pumpkin with the glue all cracked). Nothing! Then why did I remember specific lines like:

Mary Astor , a glamorous star from the 1940s, "looked like a beautiful and highly shockable nun," but "by her own admission she was at her best in bed". The book then quotes the diary she kept of her steamy affair with playwright George S. Kaufman, one of the Gonkers I wrote about in my post about Dorothy Parker and Robert Benchley (which see): 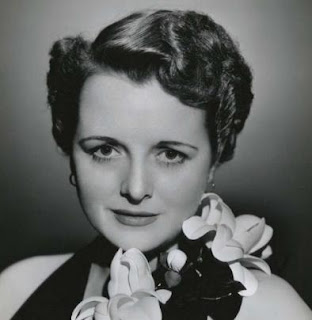 This diary created some sort of hoo-ha in the '40s, I think over a child custody case with her husband. (Need I say both she and George were married, but not to each other?) But do you think I can find it? Do you think I can quote that salacious material (now considered bogus, but wouldn't any lawyer say that?) which graced the pages of one of Niven's not-very-salacious books?

He wrote a third book that's described as a novel, and I'm so obsessed by this topic now that I spent another cent (yes, you CAN get books for one cent from Amazon, though no one believes me) to get a copy. If it's not in there, then I don't know how I could have remembered such specific things.  I can still find bits of the dirty diary here and there, but not the really good parts.  I had a book somewhere called Hollywood Babylon, but can't find it either. Perhaps during my last book-purge for painting, I chucked it out, ashamed of the sleazy peep-show side of me that makes my life worth living. 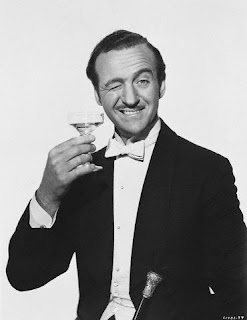 Maybe I missed it in the first two memoirs. I don't know. I  flipped through each book, skimmed every page. Most of the first book, The Moon's a Balloon, a huge bestseller, is mostly a dull account of his military service during World War II. It's sanitized, not mentioning his second wife's alcoholism or the fact that their courtship lasted six weeks, not ten days.

Maybe it's being sick and this bone-rotting ache and the sneezing and horrible hacking cough - I cannot believe how red the back of my throat is - but I feel like I HAVE to track down this third Niven book . Fiction or not, it may well expand on my knowledge, like George S. Kaufman expanding on (in?) the highly-shockable Mary. 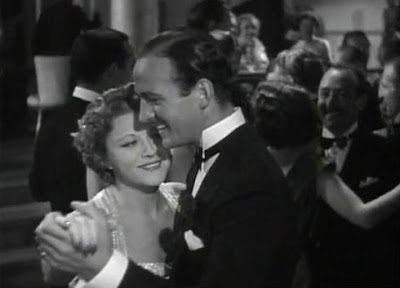 (Note. This is the only excerpt I have been able to find, but I KNOW it is not complete. I won't tell you the other parts unless and until I can find that David Niven book. This is from Hollywood Babbling On or something like that. Except for that one f-bomb, it strikes me as pretty mild by today's standards.)

"His first initial is G, and I fell like a ton of bricks. I met him Friday. Saturday he called for me at the Ambassador and we went to the Casino for lunch and had a very gay time! Monday—we ducked out of the boring party. It was very hot so we got a cab and drove around the park a few times and the park was, well, the park, and he held my hand and said he’d like to kiss me but didn’t.


Tuesday night we had a dinner at ‘21’ and on the way to see Run Little Chillun he did kiss me—and I don’t think either of us remember much what the show was about. We played kneesies during the first two acts, my hand wasn’t in my own lap during the third. It’s been years since I’ve felt up a man in public, but I just got carried away.


Afterwards we had a drink someplace and then went to a little flat in 73rd Street where we could be alone, and it was all very thrilling and beautiful. Once George lays down his glasses, he is quite a different man. His powers of recuperation are amazing, and we made love all night long. It all worked perfectly, and we shared our fourth climax at dawn. I didn’t see much of anybody else the rest of the time—we saw every show in town, had grand fun together and went frequently to 73rd Street where he fucked the living daylights out of me."


—Excerpts published in Kenneth Anger’s Hollywood Babylon, from the diary of actress Mary Astor, whose affair with the playwright and critic George S. Kaufman was exposed during her 1936 custody battle. She claimed the snippets leaked to the tabloids were inaccurate. We’ll never know: A judge in 1952 had it burned. 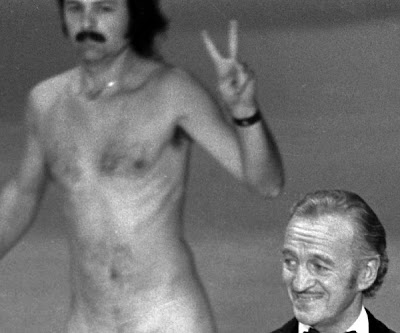 Posted by Margaret Gunning at 9:06 AM 8 comments:

"San Fransiskie? So how did you came, you drove'n did you flew?"

Posted by Margaret Gunning at 7:27 AM No comments: