Weird sounds in the night

It was one of them-thar hot, HOT summers in Chatham, in the heel of Southwestern Ontario, when it felt like someone was holding something to your nose and mouth so you could not breathe. Sweat accumulted in layers on your skin, but if it evaporated at all, it provided no relief from the relentless, doggy heat.

We didn't take showers then, because you just didn't - women washed their hair in the sink and wrapped a towel around their head, turban-style (God knows why, or how they ever dried it). If you were so hot you were turning into melted rubber, you lay in a bath tub full of tepid water, drained it, and felt more moist and clammy than ever. As far as I know, people didn't bathe every day, nor were clothes washed as often, but perhaps the predominance of natural fibres kept us from keeling over from each other's stench. 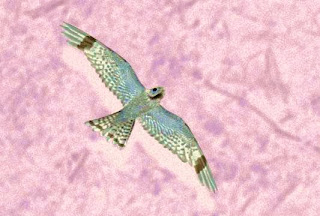 The humidity devil did not let up often. But on certain nights the sky suddenly cracked open, and floods of lukewarm rain caused some of us (mostly kids, or a few heat-crazed adults) to strip down to our bare essentials and go out in it, dancing around, hair streaming, mouth open. The cracks of livid electricity almost made my hair stand on end, and sometimes I felt it zip up my arms as if it wanted me for some awful unknown purpose.

But the buckets of rain did not help. Soon everything was just steaming, the air more choked with water than before. 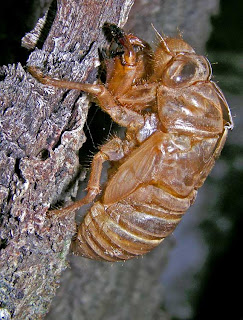 Cicadas buzzed their long, almost sexual-sounding arches of sound on those summer afternoons in which time seemed to hang suspended. We didn't like finding the adults - "June bugs", they were usually called, big fat things with wings - but the cast-off shells of the nymphs were magical. They appeared all over the bark of the elm trees that would all-too-soon be felled due to disease, never to be seen again.

But at night, there was this - this sound! A night bird, one that I called "the Skeezix bird" because that's what it sounded like. On damp, hollow, star-filled Chatham nights, the Skeezix would begin to swoop in the sky, the sound swinging near and far so that you couldn't tell exactly where it was. I don't think I ever saw one.  It had to be some kind of hawk or falcon. But nobody ever referred to it or talked about it. It was just there, like the sexy drawn-out tambourine-hiss of the cicadas. All part of summer in the city. 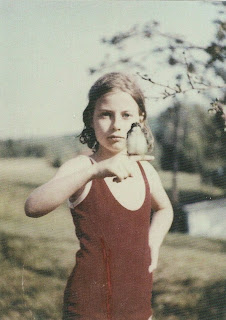 But when I heard the Skeezix bird, every so often I also heard the strangest sound, halfway between a burp and a groan. Short, hollow, and - stupid really, because obviously it had nothing to do with the bird, yet there it was, persistent. I even asked other people about it once, and no one had ever heard it. It seemed like nobody really wanted to talk about it. At least they looked at me strangely, though I suppose by then I should have been used to that.

Then one time, my older brother said, "You know that booming noise? It's sound waves from the hawk bouncing off buildings." 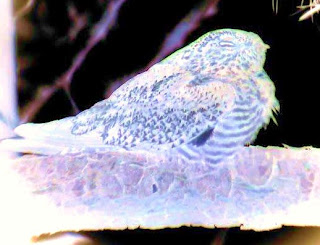 It wasn't. In fact, until this very moment I didn't know what the hell it was or how it could be related to the Skeezix bird.

Then came this answer, this beautiful, golden Answer. Simply laid out. Not even any video, just a clear audio explanation with pictures. There WAS a Skeezix bird, even if it was called something else. If it was creating that groany boom out in nature, obviously it had nothing to do with sound waves and buildings. 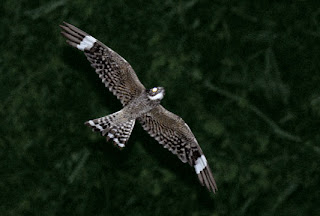 The real explanation is exotic and a little far-fetched, but it must be true. It just took me fifty years to find it. Play the video above, and be enlightened.

Posted by Margaret Gunning at 3:43 PM