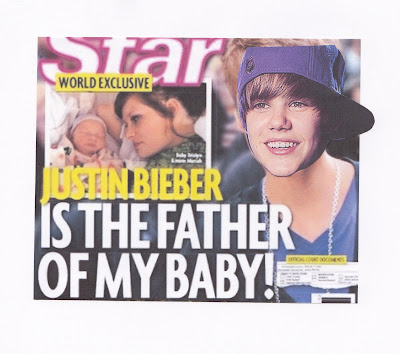 EXCLUSIVE! The world held its breath as Justin Bieber provided a sample of his sperm - oops, I mean his blood, or was it that saliva thing-ie,that swab thingammie from your cheek? Anyway, he did that thing you're ssupposed to do to prove you didn't get that girl into the bathroom and do the nasty with her while she had her little bare butt in a cold sink (or, worse, a urinal). 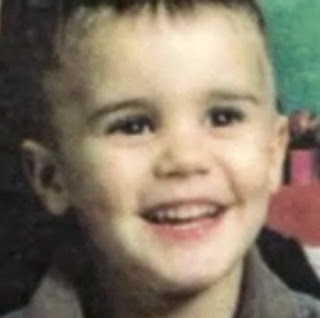 We all know the Beaver - oops, the Biebs or whatever he's called - is way too young for sex in the bathroom, or anywhere else for that matter. In fact, there is an avid discussion as to whether he has attained his full manhood. Perhaps, like his predecessor Ronnie Howard ("Opie" on The Andy Griffith Show), he will be one of the few human beings on earth never to reach puberty.

All that aside, we still have this mercenary bitch saying that Justin lost his virginity with her when he was, like, twelve.

Can you imagine him having sex? Even with himself?

I mean, just look at that face! 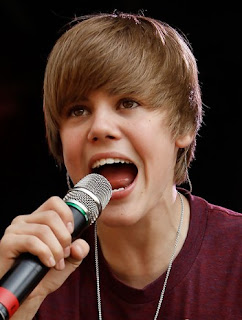 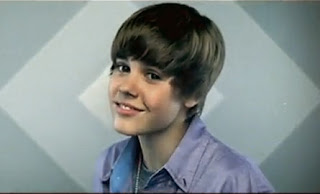 It's obvious that nary a sexual thought has entered that cutely fringed brain. He's too busy sangin' to get into that sort of messy sticky stuff.

Then came breaking news that shattered his legions of androgynous 12-year-old fans: Justin had failed his test. He only got 68% and had to take a makeup exam. Oops, that's not what we meant at all.

Lucinda Dagnabbit of Extortionville, Texas stood triumphant in front of cameras, while Justin dove under the bed with his lawyers. "I just knew one of them-thar li'l swimmers made its way through his Dacron pants," she stated, cradling little Abner Dagnabbit in her arms.

The resemblance between the baby and his father is remarkable. 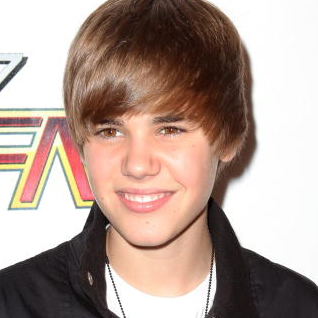 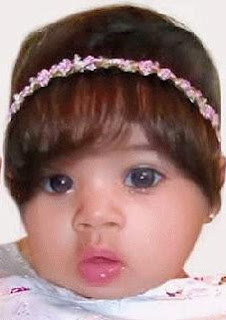 Rumors abound that Lil' Abner is actually a girl, a claim his or her mother does not dispute: "Waal, his father's a girl too," she explained.

After reluctantly coming out from under the bed, The Biebs confessed his paternity to legions of fans waiting under his balcony. 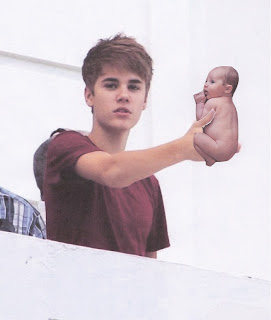 Obviously, the guy with the most famous bangs in the world has a whole lot of 'splainin' to do.

The true father of Abner Dagnabbit is none other than. . . 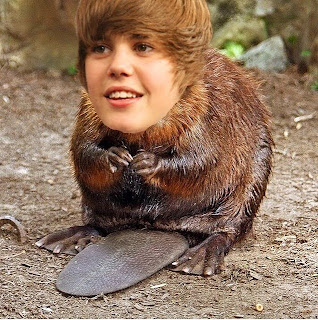 Justin BEAVER! His treacherous bitch of a girl friend switched samples to try to blackmail poor innocent little so-and-so (and aren't you tired of hearing about him by now?)

As a matter of fact, Bieber didn't really dangle that baby, because that baby was only a decoy created by Anne Geddes and available on Craigslist for $249.00 (very useful if you want to get your in-laws off your back every time they say when are you gonna have that baby anyway?). 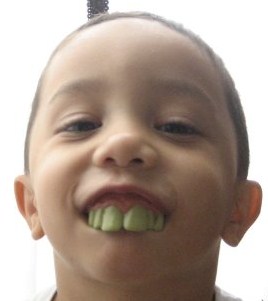 Close examination reveals that the actual offspring in question, Abernathy Dagnabbit Beaver, now 17 years of age, bears absolutely no resemblance to Justin, whose eyebrows are much closer together.

But nagging questions remain. Some fans still believe Bieber is a biological hybrid capable of fathering a child with very large teeth. Suspicions were raised when he bought the family a $10,000,000.00 mansion in Beverly Hills. 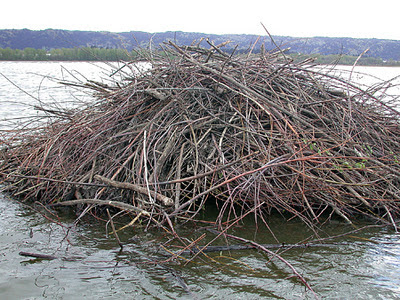 When questioned about the validity of all this genetic bickering, Dr. Sheldon Cooper offered what is perhaps the final word on the subject: "You're in my spot."


Posted by Margaret Gunning at 12:52 PM No comments: 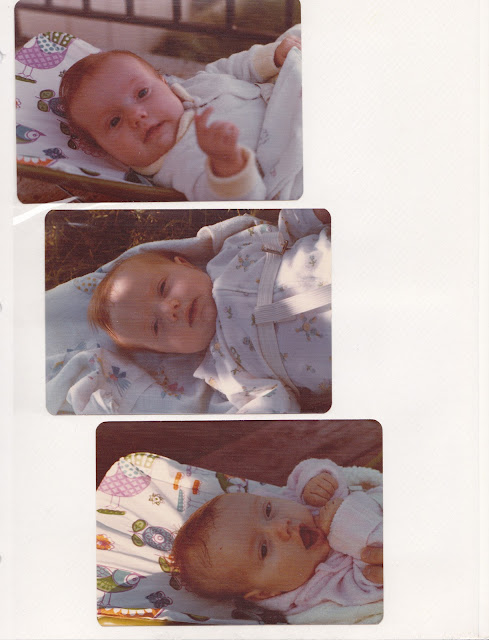 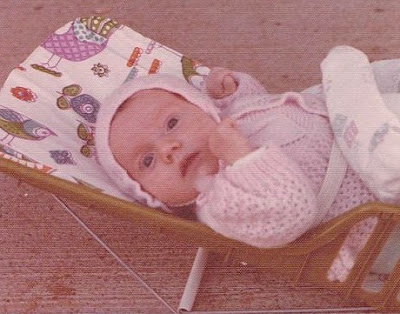 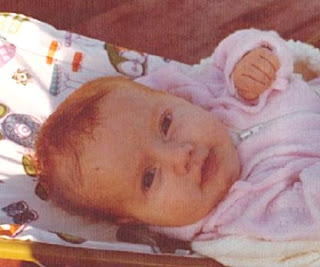 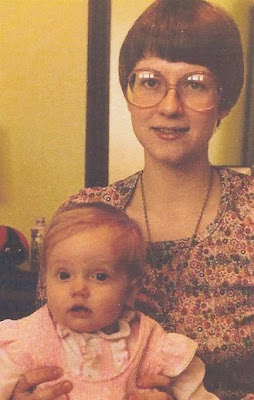 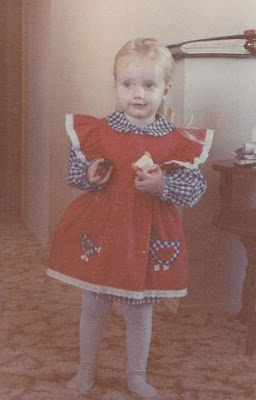 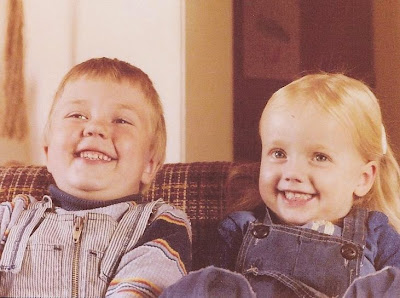 Posted by Margaret Gunning at 10:03 AM No comments:

The World's Most Beautiful Baby: Part One 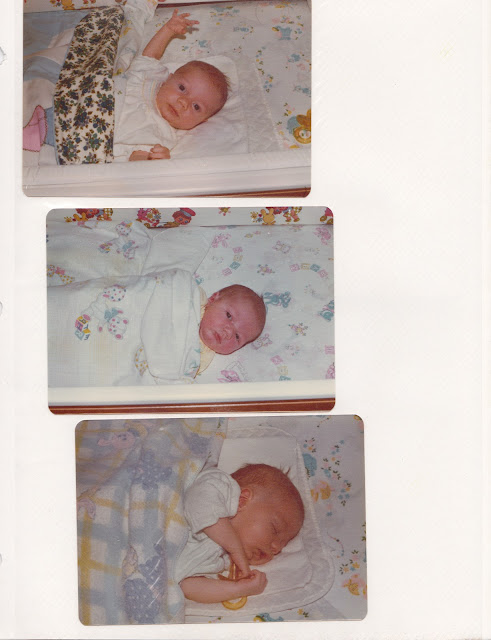 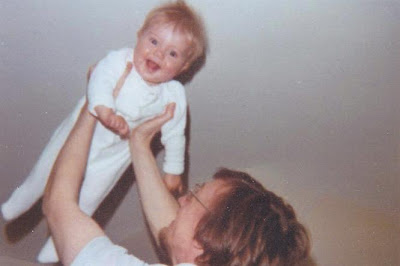 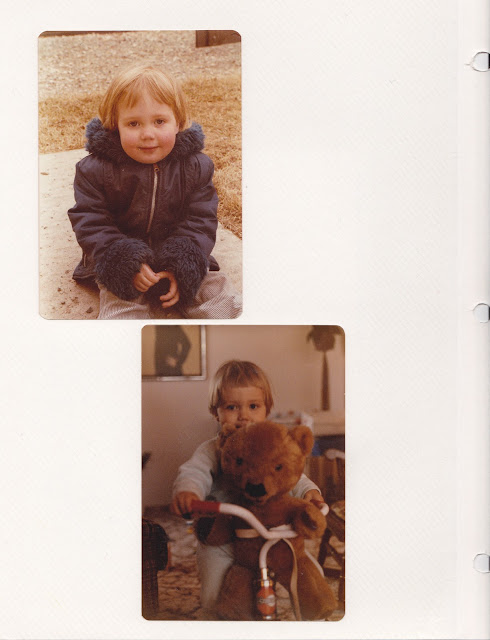 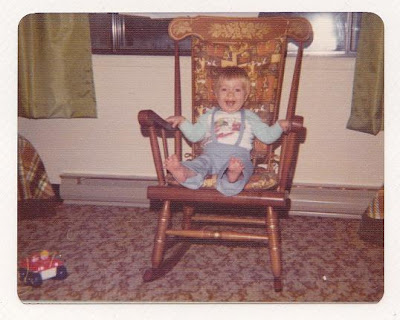 Posted by Margaret Gunning at 9:10 AM No comments:

Email ThisBlogThis!Share to TwitterShare to FacebookShare to Pinterest
Labels: 1970s, babies, he changed my world, joy, motherhood, part one, world's most beautiful baby

Posted by Margaret Gunning at 9:04 AM No comments: