I dreamed I had ovarian cancer 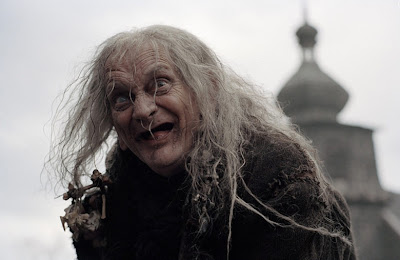 I had a strange dream last night and am trying to piece it together before it recedes back into the vapour of subconscious oblivion.
I was in some sort of medical clinic which looked like a walk-in place with several doctors (all women, for some reason), and when I was just about to leave and standing on the other side of the reception counter, a doctor (standing quite far away) said to me as a kind of afterthought, "Oh, by the way, you have ovarian cancer". I nearly jumped a foot and said, "Isn't that serious?" (or maybe I just thought it). She said, "Oh no, you'll just have a little jab of pain in your side once in a while, nothing to worry about." She demonstrated by poking herself in the lower abdomen. 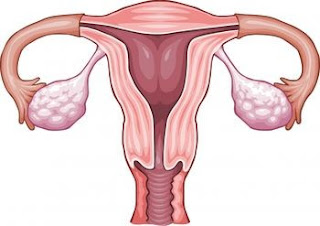 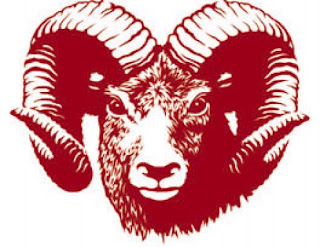 I was protesting "but, but. . . ", mostly in my mind. Then she either told me, or I decided on my own, to see my own doctor, and she said the same sort of thing, that ovarian cancer was nothing serious, and to wait, but I kept insisting it could be deadly and all those magazine articles said to get it treated immediately. She seemed very casual about it, actually dismissive, and said something like, "Just wait until the pain gets really unbearable, and then we can treat it." I felt completely helpless and unmoored.

But it got worse. I began to realize that there had been no diagnostic tests done at all to determine this, almost like it was a guess. Didn't I need an MR or whatever it's called, or at least a pelvic exam? I also knew it was on the left side, though I had no symptoms. I remember thinking I just had to find someone who would take this seriously before it got so advanced as to be untreatable. 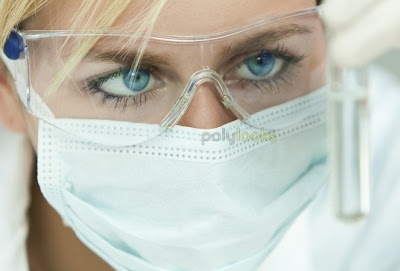 I just remembered this part now: since I had made such a fuss about thinking this was serious, they allowed me to take part in some sort of support group. I had the feeling it was a way to get me to face the fact that I wasn't really sick, and also to indulge me and throw me a bone so I'd be quiet. All the women had a different health issue, though some of them seemed to be there just for the social outlet and to get out of the house. Many of them were young mothers with small children climbing all over them and strollers parked.


We sat in a circle as if we were in a 12-step meeting. The sense was that each person would get to "share" about what their diagnosis was, but I had the strong feeling I was here because they believed I was a crackpot who somehow thought she had something seriously wrong with her. The sharing never really started, as the dream trailed off then. I woke up with a sick feeling and dread that maybe it was a premonition.

But the sense of not being listened to is something most women have experienced, especially if the issue is reproductive. (Men's concerns about their plumbing are treated with grave seriousness as the doctor carefully examines the family jewels.) The sense is that you're embarrassing them, a weird twist, or at very least wasting their time, and that you definitely shouldn't be talking about this or even really thinking about it.


Meantime, the media tell you to rush to your doctor at the first twinge, laying out the dire consequences if YOU are negligent (never your doctor) about your health. And we won't even get into the unresolved-emotional-issues crap that just compounds our pain. There is no such thing as the complete resolution of emotional issues. You just give it your best shot. It's really about as controllable as genetics, which may turn out to be the final arbiter of health or illness, or even how long you live. 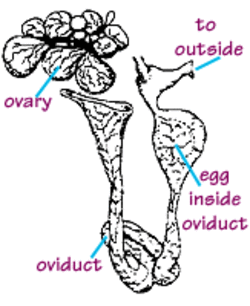 So. . . if I want to get all symbolic here, what does the dream mean? All the doctors in this scenario were middle-aged women, and my feeling was, if THEY don't understand this or listen to me, who will? I was on the other side of the counter, almost stranded on an island. No one had done any tests; it was a kind of guess that nevertheless determined my life or death.  It was almost yelled at me across the room, like, "Don't forget to apply the ointment three times a day" or something, or maybe "you left your earrings on the table".

Ovaries. Well, OK, in my case they've closed up shop, and a good thing too, because for some strange reason I never really enjoyed the menstrual cycle and its relentless 35-year reign. More than they want to admit, women's lives revolve around it. Certainly if you want a child and can't have one, it becomes paramount. 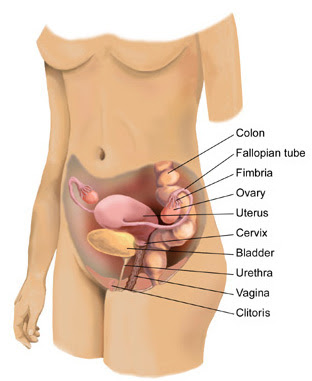 And oh, the often-agonizing slowdown as nature applies the brakes to reproduction, not all at once of course, but in fits and starts. Just when you think it's all settled, it's as if someone leaves the hand brake on your car and simultaneously stomps on the gas. Screeeeeeeeeeeeeeeeeeech!


Why it's set up this way is anyone's guess. It's as if we are biologically programmed to have 19 babies or something, like those women on reality shows. There are billions and billions of people straining Earth's resources, with billions more to come, and it all seems to come down to ovaries, to fertility, that plucky little egg machine that doesn't give up its job without a protracted (say, ten-year) fight.

Then there's the "oh, it must be menopause" thing, explaining everything from mood swings to murder. The ancient fear-based belief that women become dessicated crones and go completely out of their minds at 50 still persists, in spite of all the "wisdom of menopause" propaganda espoused by feminist doctors who want to sell a lot of books to women desperate for a bit of good news.

I don't feel like a crone, and I hate the word. It's about as attractive as battleaxe or hag. IActually, it surprises me how little I've changed. There's a sense of relief, of course. No more mini-, maxi-, light/medium/superabsorbent anything, no more running through fields in slow motion with a gauzy dress on. No more "accidents". I have a tendency to tire sooner, but I can live with that. I was afraid of becoming all hairy: instead, almost all my leg hair fell out and I don't have to shave any more. I can still have an orgasm, and how (and I was absolutely certain that it would fade away to nothing: nobody told me otherwise, so I just assumed it would be all over). My body sure hasn't forgotten that one, though it amazes me, with these supposedly dessicated, peach-pit ovaries (not to mention all the social pressure to be sexless) that I can feel anything sexual at all. 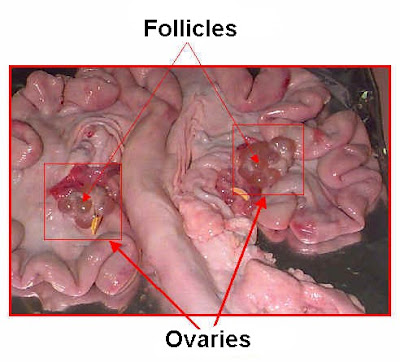 Still. Ovarian cancer. Something in my psyche rumbles seismically over this possibility. I pray the dream isn't a premonition, or, as they say, precognitive. Even worse would be the "oh well, let's just blow her off" attitude of these wise-crone-figure doctors (or are they mothers? Jesus.) The sense that she's a little whacky, but can be bought off and kept quiet by being included in a group of lonely hypochondriacs.


It's funny that our society has recently wholeheartedly embraced breast cancer (which is, let's face it, much more sexy than all the others since it involves "boobies"), but hasn't got around to ovarian cancer, though it is infinitely more deadly. There's an attempt, I know, but their color, instead of a jolly, healthy pink, is teal.

I wonder who thought that one up: "hey, I know! Let's pick the most ambiguous and obscure color there is: both green and blue, but somehow neither; a colour some people don't even know the name of, so no one will think to buy our pencils and tshirts and coffee mugs in a million years."

But there's more going on than a "teal campaign". The aversion pertains to society's deep dread and even loathing of the female reproductive cycle. It's much harder to paint a happy face on an ovary, or to have a run for an egg factory, particularly one that's run out of eggs. 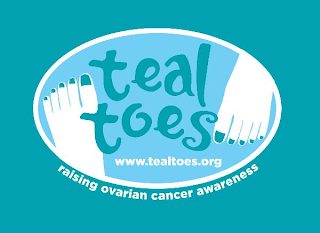 Sorry, we're fresh out today. But still walking on eggshells of uncertainty.

Posted by Margaret Gunning at 9:42 AM 3 comments: