Easter values in the garden of Gethsemane 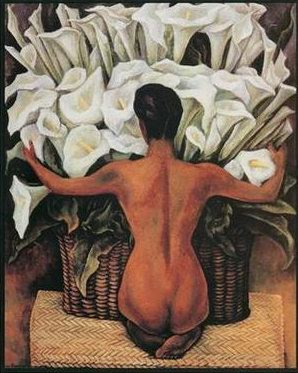 Easter is a strange one, and it's hard for me to sort out my feelings about it.

I can go with the fluffy-chicks-and-lambs-and-decorated-eggs part of it, especially where my grandkids are involved. Even the miracle-of-nature-renewing-itself makes sense. But for years, this day was dark and gloomy and even morbid, as I tried to follow the dictates of my church and focus on a bloody, senseless, irredeemibly horrible act.

Since I left my church behind due to a massive tangle of dysfunction that nobody else seemed to see, I don't know what crucifixion means any more. Resurrection makes a kind of sense, but to get to it, why must we nail grace and peace to the tree and watch it writhe and bleed and die?

Yes, we always kill the ones we love. We kill Gandhi and Martin Luther King and even Bobby Kennedy, who at least attempted enlightenment before he was savagely cut down. I say "we" because events like that don't happen in isolation.

It's popular to say, "oh, it was just one nut case, it has nothing to do with the rest of us". Is that why Pilate washed his hands?

So Good Friday is supposed to be a spectacularly grim day, filled with darkness and grief. We'd have sombre church services with gloomy readings, and often re-enactments of the hideous deed. I felt terrible, deeply depressed, but there was always a feeling I was somehow doing it wrong.

Yes, we have Good Friday services, but for God's sake, why do you get so depressed at them? It's just a social gathering, after all, with nice hot cross buns and coffee afterwards, and chit-chatting about our plans for the Easter weekend.

So I did it wrong. I did what they said, I meditated on evil and blood and destruction, on the ultimate disaster. And somehow, it was always wrong.

The next day was always weird (Easter Saturday?) and I felt spiritually disoriented, but come Sunday, it was all hosannas, allelujahs, and white lilies emanating the heavy, sickly-sweet smell of a funeral parlor. We always sang the same hymns, processed the same processional. The choir did something sprightly.

And I was still depressed.

Eventually, this sense of profound dislocation caused me to walk. There was not a single person I could talk to about my confusion and despair. It was somehow anti-church, taken as a criticism, and if there was one thing my church couldn't tolerate, it was criticism.

You were either in, or you were out.

We still call it Good Friday, and I know my little grandchildren don't understand why. Probably my children don't either. Apart from a minority who attend some sort of religious institution, we are a secular world. Good Friday has about as much meaning to most people as Easter Monday, a nonsensical day tacked on to the blinding. transforming miracle of resurrection.

They have to get along, don't they? God forbid they should be like me, the perennial square peg. Yeah, it's Good Friday and all, but for God's sake, stop being so melodramatic!
Crucify him. Crucify him.

I don't know who Jesus was, or what praying is. I absolutely do not. And this after some 15 years of single-minded dedication to my church. Did I walk, or was I expelled? But we're supposed to meditate on expulsion, aren't we - on rejection - on Jesus being disowned and literally nailed up and sacrificed like some sort of animal?

Gethsemane is a lonely place, and maybe we've all been there - but if other people have, they're sure keeping to themselves.

But hey, it's only a church service! For Christ's sake, don't be so overdramatic. Here. Have another hot cross bun.

Posted by Margaret Gunning at 9:26 AM No comments: