My brush with greatness: Old Violet Eyes in the Eaton's store 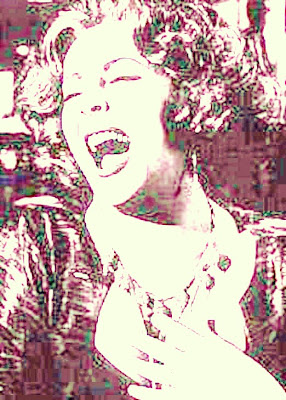 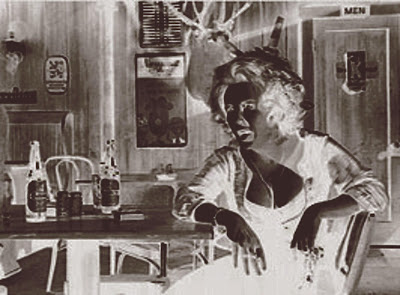 This is from way-hey-hey long ago, 1996 I think, my newspaper column period, in which I turned out literally thousands of the things. How well I remember the stifling atmosphere, the restive crowd, the bottled water and mascara'd drag queens as we waited for just a glimpse of this Living Legend. I'm kind of lousy at scanning these old things and had to chop it up into pieces, so if you can't read it, tough potatoes. 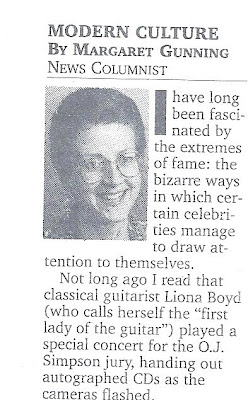 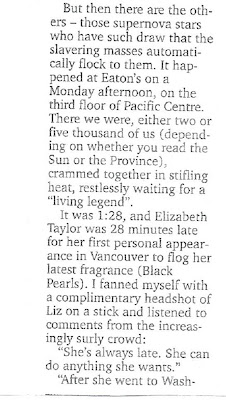 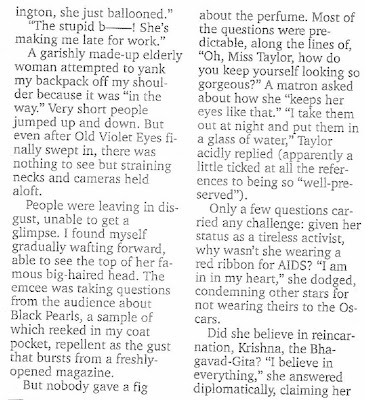 The girl with the violet eyes

We all knew it had to happen. For the past several years, reports on her health had been increasingly bleak. At the end, all we had were a few cruel papparazzi shots taken through the fingers of someone trying to cover the lens. She was frail and slumped over in a wheelchair, but, extraordinarily, still carefully made up and coiffed for the cameras.

I don't need to tell you much about Elizabeth Taylor (who once snarled at a reporter, "Don't call me Liz!"), because she was a sort of one-woman pageant, or perhaps spectacle, for all of her 79 years. She belonged to her public, and on some level she always knew it, but, stubbornly, ferociously, she also insisted on belonging to herself.

She ran through an awful lot of husbands, many of them foolish choices (Eddie Fisher being almost as incomprehensible as Larry Fortensky). Two of them she called "the love of her life" (and only Taylor could have had more than one of those). I've always sought out Taylor bios compulsively, the best one being Sam Kashner and Nancy Schoenberger's recent Furious Love, which concentrates on her unmanageable passion for the human wreckage that passed for Richard Burton.

Ah, Liz and Dick, Dick and Liz, horrible for each other and meant for each other, snapping and snarling and making turbulent love through two whole marriages that both enriched them (as in their brilliant collaborations in Who's Afraid of Virginia Woolf and The Taming of the Shrew) and tore them to pieces.

The description of Burton's slow agonizing descent into intractible alcoholism is particularly excruciating to read. Here was a lavishly talented actor who like Anthony Hopkins emerged from a tiny, stigmatized coal-mining country, but who - unlike Hopkins, who escaped in time - was constitutionally incapable of being honest with himself about the booze.

Taylor seemed to be matching him drink for drink, so what happened? Was she a lot tougher than she looked (which she had to be, surviving endless surgeries for all sorts of ailments and injuries), or was he just unusually fragile? There was always something disturbingly passive about him as he hitched his wagon to Elizabeth's blazing star. The Furious Love bio is peppered with charming little notes he wrote for her, calling her Twiddle-Twaddle and Fatso. He wanted more than anything else to be a writer and would sit and try to write a novel, finally passing out at the typewriter. It was all very sad.

I won't sit here and tell you stuff you already know. I'll only give you a few impressions: Elizabeth walking into the poolroom where Monty Clift is hiding out in A Place in the Sun, the two of them so preternaturally beautiful that the camera wants to hide its eyes from the blaze. Her bravura performance in Suddenly, Last Summer (almost ignored, though it is one of her best) in which she gives a 20-minute monologue breathlessly describing a secret so horrific her family threatens to bury it with a lobotomy.

In spite of being a successful child actress who gave a stunningly sweet performance as the ultimate horsy little girl in National Velvet, she lacked some of the equipment that helps an actress be taken seriously. She had a kind of unfortunate voice, with no resonance and a tendency to shoot up into near-squeakiness, but she got past that. She was so stunning that at first sight, men thought they'd been hit with a board. She got past that. And those world-famous violet eyes (yes, they really do seem to be a sort of bluish lavender in the early shots) and the voluptuos body with a waist so tiny she didn't need corsets for period dramas, and the screaming fishwife personal dramas played out right in front of us. All this she somehow incorporated.

And jewels, and dogs, and children, and more husbands and more husbands, and John Warner and obesity and a diet and a book and a stage career (not too stellar), and Larry Fortensky and Michael Jackson and AIDS campaigns and and and

This was a very long, very large life. I liked her, always did. Liked the way she laughed like a drunken sailor on leave (one critic said). And I can share a secret with you now. I was in the same room with her.

I can't say I exactly saw her, though a couple of times I glimpsed the top of her head and heard that famously squeaky voice. I was part of a crowd of hundreds of people pressed together on the stifling fourth floor of a department store in Vancouver, waiting for a visitation by the grand dame herself as she launched yet another fragrance, called White Poodles, or Violent Passion, or something like that. (Nobody gave a rip about the perfume.)

Gay men were jumping up and down to get a glimpse of her. Well, how did I know they were gay? When Elizabeth (I refuse to call her Liz, she hated that!) began to expound upon the fact that her little Maltese had "poo-poo-ed" on the hotel carpet, one of them said, "Too much infor-maaaaaaa-tion", and I can't imagine a straight man saying that.

Funny, because that huge crowd wasn't all older people as you'd expect. Every age and every gender was represented (so to speak). Hers was the greatest camp performance of all time, and people couldn't wait to see it.

But don't forget who she really was. Don't forget her shrieking harridan in Virginia Woolf reducing Burton to a pile of emotional wreckage. Don't forget Maggie the Cat almost bursting out of her white slip while an oblivious Paul Newman drinks himself into a stupor. She was a lot of people, yet somehow or other, in the midst of all the hullaballoo of her life, she remained herself. Big-hearted, big-chested, violet-eyed, rowdy, ladylike, Dame Elizabeth, shrieking harridan Elizabeth, caring human being surviving in shark-infested waters, her humor and even her supernatural beauty intact.
Posted by Margaret Gunning at 10:08 AM 2 comments: