Was I behind the barn door? 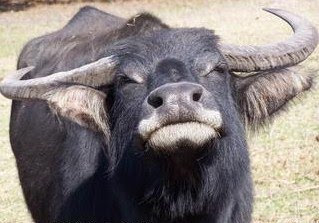 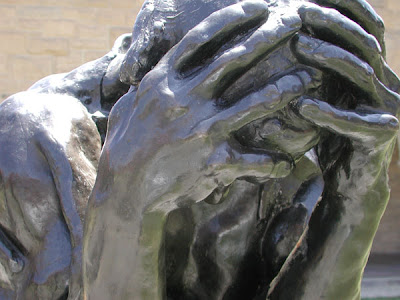 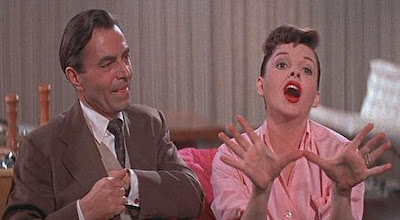 There are things I just don't get.

As a writer, getting publishers to give me the time of day is extremely difficult. It's even harder to get an agent, though people generally say things like, "Well, just find one and they'll do all the work for you."

I also hear at writers' conferences (and sometimes whispered like a dirty little secret by other authors) that you have to go about it a whole 'nother way.

You have to make a leap.

What's a leap? you may ask. I'm sitting here trying to figure it out.

I think the guy who was lecturing at the Surrey Conference (damned if I remember his name, his book, or even what he looked like) was trying to tell us that mailing a printed manuscript on 8 1/2" x 11" white bond paper, typed and double-spaced with a 1-1/2" margin around the edges, with a stamped self-addressed envelope included or we'll never hear from them again, is just a little bit antiquated and will probably get us nowhere.

But that's the required procedure on 90% of publisher's sites.

This fellow saw that approach as marching in place, or even going backwards. He said we have to make a leap. Didn't tell us how, of course. OK. So how do we do it?

This is the only thing I can think of. It's something you hear every day, in every field: "it's who you know". You have to make "contacts". In this age of the internet, it's supposed to be dead easy. You can have hundreds, thousands, or (if you're Charlie Sheen) even millions in the course of a day.

For writers, this creates a degree of queasiness. We've all been told to make contacts. At the aforesaid Surrey conference, the publisher of a small but prestigious literary press was heading for the ladies' room. A fellow participant grabbed my arm and said, "Look. There she goes. Go after her!"

I couldn't bring myself to do it.
Then there was the girl in orange. I don't remember her book, either, or her name, or anything about her except that she was wearing a shriekingly bright orange shirt and rainbow suspenders. She looked like a particularly unattractive clown. All that was missing was the Bozo nose and fright wig.
"I'm a shameless self-promoter, and you should be too," she told us. (And by the way, why is self-promoting so often tied to shame?). You have to get attention any way you can. Make sure you wear something that people will remember."
But orange isn't my colour. Is this why I'm not getting anywhere with the three completed and (I believe) publishable manuscripts I have in hand? I can't just toss them away or delete them. Sorry to say it, but my first two got raves. "Fiction at its finest", etc. etc. Unless these were lies, I have to presume I have something to offer.

Not long ago, I did manage to make some, maybe, contacts. It happened in a roundabout way. There was a flurry of emails exchanged, then - silence. The usual silence that falls when the other person realizes I might actually want something: for example, to get a publisher to acknowledge that I exist.

Apparently I broke some awful taboo, for the same thing happened with another potentially fantastic contact. This person - well, this was sort of like having God on your Facebook, but I can't name him because I know I'm not supposed to - loved my novel, even raved about it.

And then. . . the same fatal silence.

When I committed the awful faux pas of disclosing the fact that I'm not getting any attention for my wonderful novel whatsoever, and wondered if he had any suggestions, the line abruptly went dead. Though I am supposed to make contacts and "work" them until I get what I want, at the same time, I am NOT supposed to do that, because it's embarrassing and an admission of failure.

I don't care about rich. But it seems like my professional need for someone to look at my novels is just wrong, somehow. The work should be its own reward. I should quit trying to suck up to people, for God's sake!

So I should make contacts, but not make contacts. I should know exactly how to "work" these nonexistent contacts so they don't abruptly hang up the phone as soon as I express some sort of need.

Why does the whole enterprise become so repellent, then? Why do I feel that I've:

(a) broken some sort of awful taboo by even trying to contact anyone,

(b) embarrassed myself by handling it all wrong (i.e. expressing the need to get my novel published),

(c) blown it by "losing" that giant marlin once and for all, and not even having a clue what I did that was so wrong so I can fix it if it ever happens again.

There are times when I just feel like nothing. I know I'm good, finally, and it took decades to get that far, to overcome the feeling that I wasn't up to scratch. But I seem to need a James Mason to sit in the club and listen to me sing and tell me, "You're good. Very good. In fact, you're far better than you know."

In reality, there are no Norman Maines around, not in my life anyway. Even if it did happen, I'd find some way to blow it, and not even know how or why.

I don't understand the deal. If a writer wants to become well-known, they're egotists, narcissists, greedy, and maybe even outright frauds.

But we don't expect a concert pianist to play in an empty hall. Or a painter to carefully hide all her canvasses in the attic (or just throw them away). The very idea of it is absurd.

Writing fiction is an extremely ancient art form, going back to the time when humans first became verbal. After the grunts and shouts resolved themselves into words, we developed the need to make story.

At first, no doubt, it went something like this. On a hunting expedition, the water buffalo pawed the ground, snorted and charged straight at the hunters. But Ugh was so fearless that he ran at him with a roar and skewered him through the heart with his flint-tipped spear. (Never mind that it was really Gronk who killed the buffalo.) And that night, over a scrumptious meal of water buffalo filet mignon, Ugh would begin to speak.

"The water buffalo charged at us, and soon we knew we would all be dead. The other hunters tried to hide in the bushes, but I took my spear and ran it through his heart. He groaned and fell down, and now we eat his flesh to honor his spirit. (He adjusts his new water buffalo robe.) I thank the gods that I was given so much courage and strength, for I have saved my people from certain starvation."

Yes, writers were bullshitters then, too.

But if Ugh sat by the fire all by himself, it would all be. . . well, kind of pointless. There would be less urgency for language to develop, allowing us to retell the tales of everyday struggle that eventually evolved into myth.

I guess what I'm trying to say is, I want my place by the fire. I KNOW how to make story, damned good story, and nobody is interested and it's killing me by inches.

Like a fool, I keep trying, but it seems I can't put a foot right for all the landmines.

I don't want to be a star. But I sure would like to be born.
Posted by Margaret Gunning at 9:56 AM 2 comments: