Words from the master 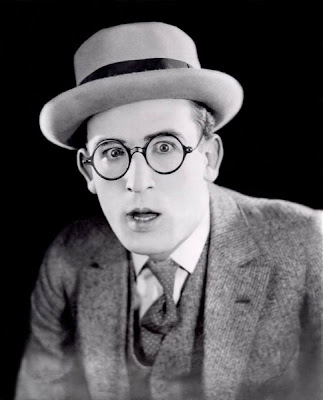 In making inquries about my Harold Lloyd novel (The Glass Character), I scraped up my nerve and sent an email to Kevin Brownlow, who is without a doubt the world's foremost authority on silent film. Not only that: he knew Harold Lloyd personally.

I was quite taken aback that he responded so quickly, and with such detailed commentary, which I can't help but share here.

I am fascinated that you are so keen on Harold Lloyd. Me too, but it’s strange how people repeat the old cliches about his being ‘mechanical’ You will love John Bengtson’s book – it tells you so much about the places in which he worked.
You are a good writer, and it was a pleasure to read your extract. I would take issue with you on one subject – did they use obscenity when they swore in those days? T E Lawrence, in his account of barrack room life THE MINT, had his book banned because he repeated the swear words, which he was finally compelled to reprint like this; ---
But in talking to scores of silent film veterans, I heard plenty of swearing, but it was all profanity – ‘Jesus Christ’ – or ‘God almighty’ - presumably because of the strong Irish Catholic tradition in Hollywood.. When they got worked up it was ‘Son of a bitch’ I notice you use both for Hal Roach – ‘Jesus, Harold! Do you want to be fucking killed?’ (Roach’s family was from Cork, by the way.) You may be right, but I would be interested to know if you have any evidence.
I noticed, when I researched a script about silent era Hollywood (never made) how many words they used that have fallen out of fashion. ‘Everything’s jake!’ ‘Twenty-three skidoo’
By the way, motion picture makeup was yellow, not white. (The cameramen hated white )
As for the money earned by the top comics, Chaplin made three comedies to Lloyd’s eleven in the 1920s, but Chaplin’s still made more money overall.
Did you know there was a film magazine publisher and producer called Wid Gunning? Are you any relation?
I have written a book about making THE THIRD GENIUS, but as the rights for the documentary have lapsed, it won’t be possible to bring the programme out on DVD with the book as I did with the Chaplin and as I planned with the Keaton book. What a shame,
I wish you the best of luck with the book.
Warmest wishes
Kevin Brownlow
Posted by Margaret Gunning at 9:44 AM No comments: 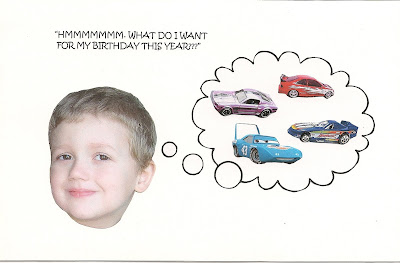 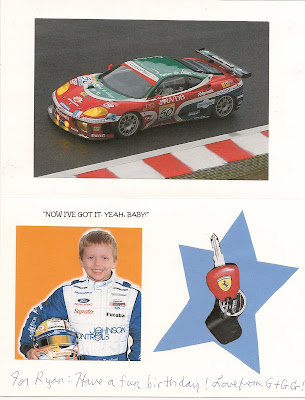 You wouldn't believe how long it takes (and how much experimental printing it requires) to make one of these little "Grandmark" cards ("Made with Love"). I got into it a couple of years ago, and now do it four times a year. Ryan is obsessed with cars. That's all you need to know!
Posted by Margaret Gunning at 9:33 AM No comments: