JOAN BAEZ "The Greenwood Side"

Bear with me, here. There's method in my madness.

Today I got writing about Songcatcher, a haunting movie about a woman professor's attempts to collect and capture folk music from the Appalachians in the early 20th century. That got me going, of course, on folk music.

I thought of one that my sister used to do (my sister, my sister), a harsh, dissonant thing called Down by the Greenwood Side (i-o). This was the version Ian and Sylvia made popular, sung in fifths I think, harsh and shivery. But today I found another version that shone with wonder and grief, sung by Joan Baez. The essential story is the same, though much more drawn-out. The tune, however, couldn't be more different, and it reminded me of something else.

I puzzled over this. Then I remembered. In the early '60s there was a song by Ewan MacColl called The First Time Ever I Saw your Face, and Gordon Lightfoot recorded a memorable version of it. It's hard to recognize here because the Roberta Flack version that came out a few years later kind of drowned it. Hers was drawled and drawn-out, smokily sexual and completely different from this more compact, folky (but no less heartfelt) version.

So, listen to these two, and you tell me: do they sound the same?
Posted by Margaret Gunning at 2:59 PM 2 comments:

Email ThisBlogThis!Share to TwitterShare to FacebookShare to Pinterest
Labels: American folk music, Down by the Greenwood Side, Gordon Lightfoot, Ian and Sylvia, Joan Baez

GORDON LIGHTFOOT ~ The First Time Ever I Saw Your Face ~

Posted by Margaret Gunning at 2:57 PM No comments: 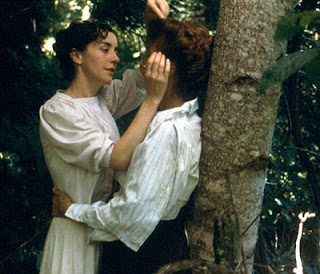 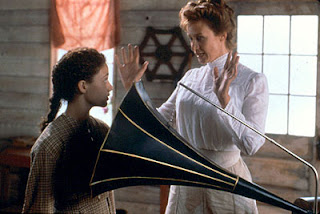 Certain things, movies, books, people, lovers, are somehow relegated to the back of your mind. Or perhaps they sneak back there, or roll like nuts on a tilted surface. . . or stones, or. . .

A long time ago, it seems, I saw a movie that totally enchanted me. But for some reason, very little of it stuck with me except the bare subject matter: a musicologist tramping around the backwoods of Appalachia in the early 20th century, lugging a Gramophone to record the ancient ballads passed down since time immemorial. This much I remembered. But, shockingly, the rest was lost. No title, no characters, no plot, no year: just that mountain music, that sere and strident singing that a critic once said "would make thin glass rattle".

It would pop into my head, then sort of disappear again. I'd say to myself, I'll try to look it up on Google. Then I'd forget. Then, today, for some reason, I pounced. I had no idea where to start, so I entered search terms like "movie with Appalachian folk music on gramophone" and things like that. I knew that if the title did pop up, I would recognize it immediately.

It didn't take too long (God bless the internet!) until the title did pop up: Songcatcher, a 2000 film about a woman professor collecting folk music while living in her sister's backwoods school.

I haven't seen it yet, have happily ordered it from Amazon and hope I'll enjoy it twice. We'll see. Movies have a way of changing, over the years.

Peeping into it on YouTube, I see a lesbian relationship I had forgotten all about. I was kind of shaken by the harshness of the singing, with a sharp yodelly end to each line. These felt like authentic singers to me, so they must still be around. Yes, we have heard such strident sounds in the voices of Loretta Lynn, Dolly Parton and June Carter Cash, but somewhat watered down. Most of these mountain songs, often called Child Ballads for some reason (let me look that up!), were composed by Henry VIII or somebody like that: I mean, somebody had to write them, didn't they? They didn't come out of the thin air. But they have that feeling of always having been there.

This started a flood in my mind: memories of the folk boom of the early '60s, when my older brothers came home from university toting guitars. They sang such weird old numbers as Cape Breton Mines, Geordie, Down by the Greenwood Side (ee-oh), In the Hills of Shiloh, Corn Whisky ("you killed all my kinfolk and sent them to hell"), and a truly awful number my sister sang called Poor Old Horse, Poor Old Mare ("the dogs will eat my rotten flesh, and that's how I'll decay"). She stuck to really morbid, hopeless things ("Wide and deep my grave shall be/With the wild-goose grasses growing over me") and seemed to relish them, singing them in an trained operatic soprano while plucking her guitar, which she held between her knees.

My brother Arthur, the one who died so young, was the best guitarist and the best at interpreting Cohen and Dylan. Especially Dylan, who could write songs that seemed like they were written generations ago: The Hour the Ship Comes In being my favorite.

What's the point of all this? There is no point. Music falls on the air, disappears. For millennia, none of it was recorded anywhere. An echo from some holler was the closest anyone came. Now we have it all, and most of it is lousy. It all sounds like that quasi-soul stuff made up of melismatic riffs and doorknob-rattling high notes rather than melody. Sucks.

Songcatcher: at last I've found you!

Posted by Margaret Gunning at 11:04 AM 2 comments: