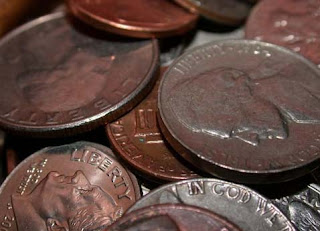 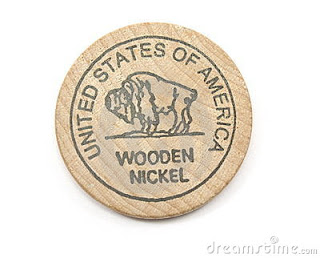 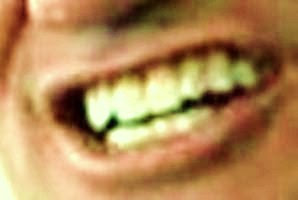 It amazes me how quickly spare change can morph into wooden nickels.
Case in point. About a month ago, a homeless guy named Ted Williams (probably not his real name) "went viral" on YouTube for standing on a streetcorner in camouflage holding a piece of cardboard. On the video, this scruffy wraith spoke with a rich booming announcer's voice, and soon everyone in the nation was throwing job offers at him: advertising voiceovers, sportscasting, Disney characters (well, maybe). They did this to show the world how swell THEY were, not how swell they thought Ted was.
Everything moved so quickly, in a kind of blur. The story devolved from day to day: Ted not showing up for appointments. Ted acting strangely, speaking incoherently. Ted being taken in by police for an "altercation" with his daughter. Ted being lambasted on Dr. Phil for blowing all the opportunities life was throwing at him.
Just give the guy a job, and it'll all work out, won't it? His addiction, his criminal past, his nine alienated children by many different mothers, his current crack-whore girl friend, all these problems will melt away and he'll show up for work in the morning smiling, shaven and wearing a suit.
Right now his handlers are claiming we shouldn't worry that he bailed on expensive, paid-for rehab to hustle on the streets of Columbus again. He's receiving "outpatient" therapy, no doubt at a local watering hole.
It's tempting to blame Ted for all this. OK, I DO blame Ted for all this! But the bozos who thought they could immediately change entrenched, life-threatening behavior and a criminal past by throwing money at it were beyond naive. Where have they been hiding all these years?
So now I can't help but bring another Ted into the mishmosh, Ted Haggard, the not-gay pastor, who's now saying he's not bisexual but would be if he were 21 years old.
I don't get it. I don't get that he is now admitting he paid a gay hooker to masturbate him while high on crystal meth (not to mention his solitary activities while watching gay porn), but still hedges on admitting he's gay. Or even bisexual.
I don't know of any straight men who do this, or who even want to do this. I think he's dancing around a subject which obviously makes him profoundly uncomfortable. I think he's trying to save his face and his ass at the same time.

I think he's a fraud.
His new little barn church makes me wonder, too. I watched that TLC program in which he threw the doors of his crude sanctuary open to the wretched sinners of the earth. The darker the sin, the more he wanted you. This church was for really ba-a-a-a-a-ad people, sort of like Pastor Ted (who still isn't gay. Or bisexual. Though he would be if he was 21.)
Then I found a curious newspaper article from two years ago, saying Pastor Haggard had just opened up a new church in his barn. So he did this twice?
Or once more for the cameras?
These two Teds have certain things in common. They're both grandstanders who have learned how to fake sincerity. Both have traded on their wretchedness and on the public's fascination with the fallen.
Can they be redeemed? Well, what the hell does that mean? The man who once led a multimillion-dollar religious empire is now diving for spare change. The guy who chose the name of a famous ballplayer for his nom du guerre has slipped back into the poisonous stream of hustling for dope and dodging for dimes.
We love stories about how the mighty have fallen and been rescued by the grace of God and a wad of cash. But what do we do when these paragons of redemption fall on their asses again?
Posted by Margaret Gunning at 11:51 AM No comments: