Chopin and Piltdown Man: just a coincidence? I DON'T THINK SO! 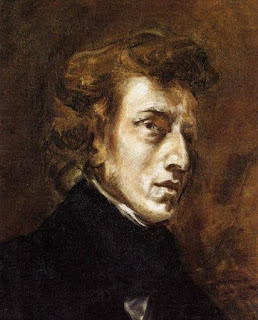 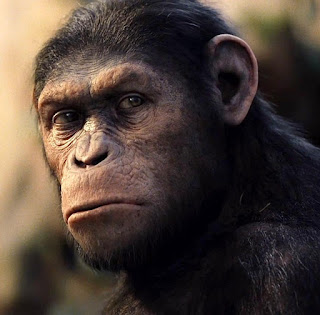 (Blogger's note. For a couple of decades now, there has been a rumor, theory, whatever, that SOMEONE out there owns a recording of Frederic Chopin playing his famous Minute Waltz in about 1845, long before the official first recordings in the 1880s. I heard the thing on the radio some 20 years ago, and the announcer was skeptical, comparing it to the world's most famous anthropological hoax, Piltdown Man. This consisted of a human skull made to look old with sandpaper, with an ape jaw wired on with twist ties from Baggies or something.

The "truth" about the Minute Waltz recording came out when someone exposed a classical music magazine for perpetrating the hoax to titillate their readers (the recording was included in every issue, though how they fit that giant glass cylinder in there is anybody's guess). It was released on April 1, but does that mean anything? Was it really a case of time travel? What about these Leon Scott de-Whatever recordings made out of sooty paper? We're supposed to believe THAT?? Anyway, this article is excerpted from a Polish music newsletter, about the only source I can find on this strange phenomenon. Though undated, it probably came out in the late 1980s. Do I sense a coverup here? Does this belong on William Shatner's Weird or What? What do you think?) 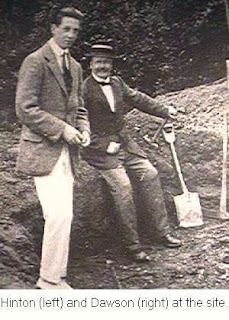 While doing construction work in France,

workers dug up an old metal box. Inside the box
they found a near faded letter and a glass cylinder.
Not knowing what they had found, they turned
it over to a local historian who was able to make
out the writing. What he discovered was
THE FIRST KNOWN AUDIO RECORDING !!
The letter was written by one Hippolyte Sot, resident
of the area in the 1840s. The letter described the
techniques he had devised to record audio sounds
using a glass cylinder. It went on to say that despite
his efforts he was unable to obtain any interest nor
recognition for his work. He therefore buried the
details of this invention in the metal box along with
one sample recording. The recording was none other
than
FREDERICK CHOPIN playing his own Waltz in
D flat major!

The magazine says that the recording was made
about 20 years earlier the those created by Leon
Scott, the person normally attributed with the
invention of audio recording. It also gives additional
detail about the inventor and how the information
was retrieved from the glass cylinder. And what's
particularly interesting is that H. Sot had NOT
invented a playback technique, and it took 20th
century technology to recover the audio
information recorded on the cylinder.

To get all the details, get a copy of the latest issue
of CLASSIC CD magazine. And yes, the CD included
with the magazine includes the recording. Its the only
recording of Frederich Chopin, and he displays some
pretty fantastic playing ability.

That the text above is a hoax you may find out from
the following rebuttal: 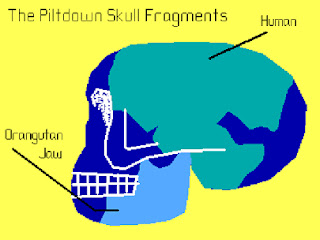 "The recording of Chopin performing the "Minute
Waltz" is a now world-famous musical hoax that
was equisitely executed by the editors of a music
magazine devoted to reviews of classical CD's about
four-or-five years ago. To be precise, the hoax
appeared on a CD that was sent as a free gift to
all subscribers of the magazine, arriving with the April
issue on April 1.

Now in hindsight, it is easy for those who never
heard the CD or read the accompanying "historical"
material to laugh at the obvious falsity of the "
discovery." However, this hoax was so meticulously
researched (it was based on a great deal of esoteric
historical evidence that was in fact true)--and the
recording itself was so brilliantly faked--that many
musicians and musical experts were taken in, at least
initially. I first heard the recording broadcast on the
radio on the day it appeared. It introduced with great
fanfare by an announcer who read about 15 minutes
worth of the liner notes, and who called the recording
"the musical equivalent of the discovery of the tomb
of King Tutankamen." 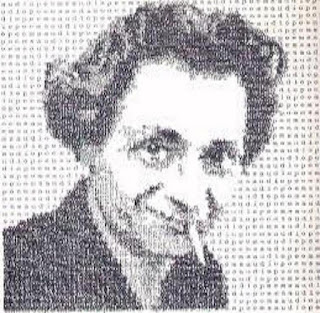 Was I fooled? Absolutely! The original recording was
not claimed to have been made on a cylinder. The
basis of the hoax was Sot's experiments in recording
sound on disks of glass covered with smoke.


His experiments were amazing for their time. He
understood the relationship of sound to the wavy
lines traced on smoked glass with a diaphragm
and a cactus needle. And evidently it was he who
first came up with the idea of inscribing sound on a
rotating disc--decades before Emil Berliner and
Charles Cros were to patent their techniques.
However, Sot never got beyond the inscribing
stage; he could not figure out a way to play back
the vibrations he had inscribed on the smoked glass
disks.

The magazine's hoax took it from there, claiming
that Sot had buried one of his smoke-covered disks
in a sealed glass container in the hope that some day
in the future science would have by then figured out
a way to play back his precious vibrations. They
claimed that the container had been recovered
during a subway excavation at Nohant-sur-Seine
(near Georges Sand's chateau), and that the sound
had been reproduced and transfered by a prestigious
French national scientific laboratory using optical
lasers and digital conversion techniques. 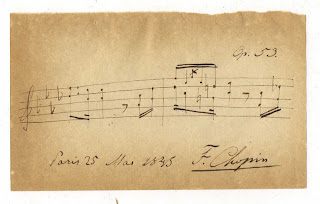 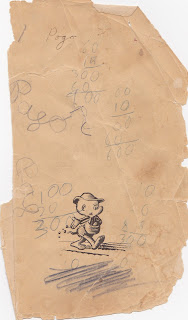 Moreover, Sot was indeed a neighbor and
acquaintance of Georges Sand during the period of
her long affair (menage) with Chopin. What could be
more natural than for him to have prevailed upon one
of the world's two most famous living pianists who
just happened to be living next door to play a little

The recording is absolutely fabulous!. First, what
little musical sound that is audible is almost entirely
covered by a loud continual banging, crashing, gritty
surface noise of a kind one has never heard before--
ostensibly the pits in the surface of the glass disk. Far
in the distance, one can barely hear the tiny but very
clear sound of a piano, playing the Minute Waltz from
start to finish (in the correct key, of course.) 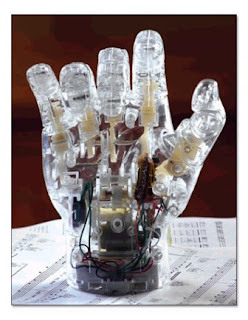 The most amazing thing about the performance is the
tempo--which is insanely fast. Indeed, the piece is
played in less than a minute. (BTW, I have read--
elsewhere--that the only pianist to have ever
recorded the Minute Waltz in a minute was Liberace
--even though the French word "Minute" did not here
refer to a minute, but rather 'minute' as in small.)
In any event, it is indeed humanly possible to play
the piece at that speed. And if not Chopin, who then?"

NOTE: This news item was submitted to us by Dr.
Barbara Milewski, a noted Chopin specialist, in
response to a request from one of our readers who
thought that an original chopin CD may actually exist.

(Editor's note. It does. But due to the fact that it's recorded on a
large pepperoni pizza at the bottom of my freezer, it has proven
to be extremely difficult to play back.)http://members.shaw.ca/margaret_gunning/betterthanlife.htm
Posted by Margaret Gunning at 2:11 PM