Wonderful, but confused: It's a Wonderful Life, Part II 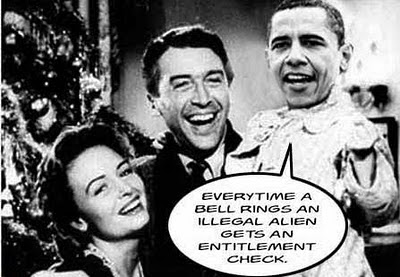 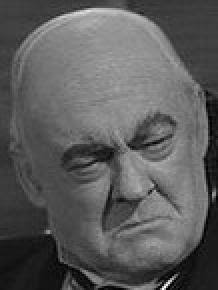 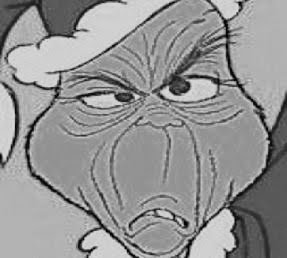 OK, I don't exactly expect you to read all this stuff. Most movies have little inconsistencies that only the most OCD-infested person would notice. We're willing to go along with the sleight-of-hand that is the movie world.

But it does seem that there's an unusual amount of hokery, or maybe plain sloppiness, in this classic film. No one else has noticed Beulah Bondi's amazing disappearing act, but when the same woman walks by on the street five times in thirty seconds. . . you've got to wonder what's going on.
Soooooo. . . let's play Spot the Capra Gaffes!
Continuity: Ol' Man Gower's cigar disappears when he sends young George to deliver a prescription.

Continuity: Just before George speaks to Harry on the phone, George removes a wreath from his arm and places it on a table. The wreath immediately reappears on his arm.

Continuity: George's pipe disappears when talking to Violet in his office.

Continuity: George and Clarence swap sides as they are thrown out of Nick's.

Audio/visual unsynchronized: George jumps into the river to save Clarence. As he is rescuing him Clarence is screaming "help" but his mouth is not moving.

Continuity: After George storms out of Uncle Billy's house, Uncle Billy lays his head on his arms. At first he has his arms crossed right over left, then immediately they are crossed left over right.
Continuity: When George and Clarence are drying off in the bridge keeper's shack the postcard hanging by the thermometer on the wall, next to the door repeatedly disappears and reappears between shots. When Mr. Potter offers George a job, the chain on the the skull and chain on Mr. Potter's desk changes positions repeatedly between shots.

Continuity: When everyone is jumping into the pool during the dance, the same person jumps in twice.

Continuity: As George approaches Bert and Ernie by Ernie's taxi, and then all three ogle Violet as she walks down the street, the same woman in a print dress, holding the brim of her hat, walks by five times in 30 seconds.

Revealing mistakes: When Mary (Donna Reed) throws her rock at an upstairs window of the dilapidated old house, the rock disappears a split-second after leaving her hand, and then reappears in the distance just before crashing through the glass. The roof of the house was a matte painting, added after principal photography by the visual effects department. When Ms Reed threw her rock (and it was her throwing it, not a stand-in), the arc of its flight was a bit too high, and it crossed the matte line for most of it's travel. Consequently, it was covered up by the painting, which was added later. Appartently the live-action crew did not notice the potential problem when filming the shot.

Continuity: As George and Mary prepare to drive Martini's family to their new home, Mary (in a close up) is holding the goat's horn/antler. The scene cuts to an extreme long shot in which her hand is nowhere near the goat.

Continuity: When George wanders across the street (soon to be joined by Violet), the man approaching him with the pipe suddenly becomes a woman.

Continuity: After Clarence disappears while being wrestled by Bert the Cop, you can see the shadow of Ernie the Cabdriver, shaking his finger. However, when the camera shows Ernie, he has both hands on the tree, and then he begins to shake his finger.

Continuity: During the run inside the Building & Loan, the hat changes position on the coat stand outside George's office.

Continuity: A hat being held by someone donating money in the Bailey house first has a little snow then a lot of snow then no snow.

Continuity: Alignment of George's car when it hits the tree

Continuity: Standing position of Potter's bodyguard when Potter talks to Peter Bailey at the Building & Loan.

Audio/visual unsynchronized: When Mary and George are walking down the street after the dance, she asks him, "Well, why don't you say it?" The next shot George is heard saying, "I don't know. Maybe I will say it," but his mouth is not moving at all.

Continuity: When George arrives at home and finds Mary lying there, he puts his right hand on her right hand and kisses her. Next shot he is caressing her head with his right hand.

Continuity: When George invites Carter to come in and follows him, he is holding the pipe with his left hand. But in the shot after someone asks him about hang up the phone, he appears with the pipe in his right hand.

Continuity: When George crashes his car into the tree, there's not much snow on it, when he gets out of the car to have a look at the damage, there's lots of snow on the car

Continuity: When George and Mary are throwing rocks at the dilapidated house on the way home from the dance, when George throw his rock, the window that Mary is supposed to throw a rock at is missing. Then when Mary gets ready to throw her rock the window is there.

Anachronisms: Young George Bailey is shown working in a drugstore in 1919, but he's standing next to a Coca-Cola Silhouette Girl Thermometer which wasn't produced until 1938.

Continuity: When George visits his father in his office and finds him arguing with Potter, his father is standing behind his desk talking to Potter. There is a cut away form this but upon return George's father is now on the same side of the desk as Potter.

Revealing mistakes: In the scene where George saves Clarence on the bridge (or Clarence saved him), he is seen to be visibly sweating even though it is supposedly winter. This is because the scene was shot in warm weather.

Errors in geography: At the scene showing the new houses at Bailey Park, California hills are visible beyond the houses. The film is set in New York state, which only has much gentler, rolling hills.

Errors made by characters (possibly deliberate errors by the filmmakers): When George Bailey is arguing with Mr. Potter in the board room after Peter Bailey's death, George says to Potter: "What'd you say just a minute ago? They had to wait and save their money before they even ought to think of a decent home." But Mr. Potter never said this line.

Errors made by characters (possibly deliberate errors by the filmmakers): The medal is frequently, albeit incorrectly, called the Congressional Medal of Honor, stemming from its award by the Department of Defense "in the name of Congress". It is correctly the "Medal of Honor".

Revealing mistakes: In the drugstore when Mary leans over the counter to whisper in George's ear, a piece of tape suddenly appears on the edge of the counter between George's and Mary's heads. This was most likely done as a reference mark for the young actors so the focus puller could accurately pull focus.

Plot holes: When George and Clarence go looking for his car which he had run into the tree, the guy George is talking to about the car and the man's tree smells his breath and says "that must have been those two other trees" implying that George's breath smelled of alcohol and the man thought George was drunk. But if George had indeed not been born, he would never have been at Martini's before that and had any alcohol at all. And this was before he and Clarence went back to Martini's so there couldn't have been any scent of alcohol on George's breath.

Revealing mistakes: James Stewart's toupee' falls off after he and Donna Reed fall into the pool during the Charleston contest.

Plot holes: When George goes to his Mother's house and she doesn't know him, he asks about her Brother, Billy. If Uncle Billy is his Mother's brother, why is his last name Bailey?
(Incredibly, there are more, but they're listed under "spoilers". I wouldn't want to give anything away!)
Posted by Margaret Gunning at 8:19 AM 3 comments: