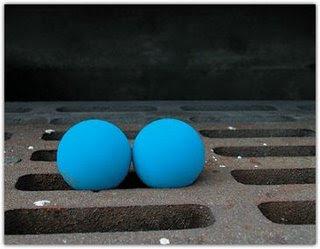 Fascinating topics can come from the strangest places.

I like to read in bed at night before drowsiness carries me off. I'm omniverous in my tastes, usuall ordering used books from Amazon for one cent, paying only the shipping and handling. When I saw an ad for a new book about my favorite series, Mad Men, I snapped it up, only to find that it wasn't at all what I expected.

It's about the series, yes, but it's also about a lot of other things, not all of which pertain to advertising and/or the '60s. The most startling chapter deals with Peggy (first woman copywriter at Sterling-Cooper-Draper-Pryce, a single gal with an unconventional lifestyle and an odd but appealing personal style) and her fruitless attempt to obtain birth control pills from a judgemental doctor.

This interlude led the author, Natasha Vargas-Cooper, to take a sharp jag to the right and plunge into the subject of Victorian morality. She dredged up the life of an obscure, oddball pioneer for women's rights, one Ida Craddock. Though unmarried, she took it upon herself to write a series of pamphlets on the subject of sex: specifically, proper conduct in the marriage bed.

Eventually, the repressive society Ida was trapped in caught up with her. Facing a jail sentence for publishing obscenities, she committed suicide. But that isn't all there was to Ida.

She was one of those bizarre Spiritualist ladies, the type who conducted seances, where tables rocked and knees rubbed against each other in the dark. She claimed to have a Spirit Husband who visited her in her bed, and lectured widely on the wildly popular Theosophist teachings of Madame Blavatsky.

Her little books were mighty strange, and in their own way, more repressive than the most tight-lipped schoolmarms of the era. But because they were also fairly explicit in matters that no one ever talked about, many people considered them scandalous and even pornographic.

Here are a few excerpts from The Wedding Night.

THE WEDDING NIGHT
By Ida Craddock

Oh, crowning time of lovers' raptures veiled in mystic splendor, sanctified by priestly blessing and by the benediction of all who love the lovers! How shall we chant thy praise?

Of thy joys even the poets dare not sing, save in words that suggest but do not reveal. At thy threshold, the most daring of the realistic novelists is fain to pause, and, with farewells to the lovers who are entering thy portals, let fall the curtain of silence betwixt them and the outside world forevermore.

What art thou, oh, night of mystery and passion? Why shouldst thou be thus enshrouded in an impenetrable veil of secrecy? Are thy joys so pure (ALL RIGHT, lady, shut the bleep up! Let's get to the juicy part.)

(For) there is a wrong way and there is a right way to pass the wedding night.
In the majority of cases, no genital union at all should be attempted, or even suggested, upon that night. To the average young girl, virtuously brought up, the experience of sharing her bedroom with a man is sufficient of a shock to her previous maidenly habits, without adding to her nervousness by insisting upon the close intimacies of genital contact.

Yet, if you are patient and loverlike and gentlemanly and considerate and do not seek to unduly precipitate matters, you will find that Nature will herself arrange the affair for you most delicately and beautifully. If you will first thoroughly satisfy the primal passion of the woman, which is affectional and maternal (for the typical woman mothers the man she loves), and if you will kiss and caress her in a gentle, delicate and reverent way, especially at the throat and bosom, you will find that, little by little (perhaps not the first night nor the second night, but eventually, as she grows accustomed to the strangeness of the intimacy), you will, by reflex action from the bosom to the genitals, successfully arouse within her a vague desire for the entwining of the lower limbs, with ever closer and closer contact, until you melt into one another's embrace at the genitals in a perfectly natural and wholesome fashion; and you will then find her genitals so well lubricated with an emission from her glands of Bartholin, and, possibly, also from her vagina, that your gradual entrance can be effected not only without pain to her, but with a rapture so exquisite to her, that she will be more ready to invite your entrance upon a future occasion.

As to the clitoris, this should be simply saluted, at most, in passing, and afterwards ignored as far as possible; for the reason that it is a rudimentary male organ, and an orgasm aroused there evokes a rudimentary male magnetism in the woman, which appears to pervert the act of intercourse, with the result of sensualizing and coarsening the woman. Within the duller tract of the vagina, after a half-hour, or, still better, an hour of tender, gentle, self-restrained coition, the feminine, womanly, maternal sensibilities of the bride will be aroused, and the magnetism exchanged then will be healthful and satisfying to both parties. A woman's orgasm is as important for her health as a man's is for his. And the bridegroom who hastens through the act without giving the bride the necessary half-hour or hour to come to her own climax, is not only acting selfishly; he is also sowing the seeds of future ill-health and permanent invalidism in his wife.

Some woman have an abnormally long clitoris, which it is impossible not to engage during coition, and such women are usually sensual, and lacking in the ability to prolong the act. In extreme cases the excision of such a clitoris may be beneficial; but it would seem preferable to first employ the milder method of suggestive therapeutics, and for the wife to endeavor to turn her thoughts from the sensation induced at the clitoris to that induced within the vagina, which is the natural and wholesome sensation to be aroused in a woman.

(And here it gets really interesting.)

Do not expend your seminal fluid at any time, unless you and the bride desire a child, and have reverently and deliberately prepared for its creation on that especial occasion. Your semen is not an excretion to be periodically gotten rid of; it is a precious secretion, to be returned to the system for its upbuilding in all that goes to emphasize your manhood. It is given to you by Nature for the purpose of begetting a child; it is not given to you for sensual gratification; and unless deliberate creation be provided for by both of you, it should never, never be expended. This however does not mean less pleasure, but more pleasure than by the ordinary method of sex union. As to the details of how such sexual self-control may be exercised during coition, and without harm to the nervous system, you can learn these from my pamphlet on RIGHT MARITAL LIVING.

Also, to the bride, I would say : Bear in mind that it is part of your wifely duty to perform pelvic movements during the embrace, riding your husband's organ gently, and, at times, passionately, with various movements, up and down, sideways, and with a semi-rotary movement, resembling the movement of the thread of a screw upon a screw. These movements will add greatly to your own passion and your own pleasure, but they should not be dwelt in thought for this purpose. They should be performed for the express purpose of conferring pleasure upon your husband, and you should carefully study the results of various movements, gently and tenderly performed, upon him.

This is just about the strangest sexual literature I've ever seen. Though it rhapsodizes about the mystical union a bride and groom can obtain just by, well, getting it on, it also severely discourages ejaculation (while not exactly telling men how to do that), and insists that the bride's "passion" is "maternal" and "affectional", taming it into something sweet and winsome rather than a rocking, moaning, bone-shaking eruption of primal release.

This sort of belief was fairly common then, making me honestly wonder how blue men's balls must have been in that era. "Free love" often meant the couple were not married but still engaging in some sort of close erotic contact that never ended in sexual release. Ida insists men can have an orgasm without ejaculating (oh, yes, perhaps a swami who has trained himself for decades!), and that women can have an orgasm without clitoral stimulation. Indeed, she insists the male partner should never touch his wife's genitals with his hand: this "masturbative" action will only incite unseemly appetites. The only proper "wand" to grant her satisfaction is his penis. Period.

This twists sexuality into something that must be rigidly controlled at all times, yet enjoyed as a source of unending bliss. There are so many conflicting messages in this literature that it makes my head spin. Ida Craddock really wasn't an authority on human sexuality by training or study, but by mere fascination, and (perhaps)some illicit experience. Her spirit lover may have been able to rouse her to ecstatic heights (while never touching her clitoris!): so why should she get married at all?

In another passage, she suggests that men should be allowed to ejaculate once every two years and nine months, so that children will be properly spaced apart. "Rounded off," she states, "once every three years."

I just don't get it. The hydraulics just don't work out. Back then, there was this belief that a man's joy juice somehow circulated all over the body and improved his general health. But we now know that it doesn't do that at all. Except for the presence of all those pesky wigglers, it's no more mystical than spit.