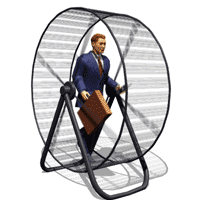 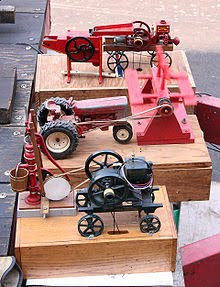 I was going to call this post "and we'll have fun, fun, fun. . . "
On the weekend, I went to my very first Car Show. I have no interest in cars whatsoever, except that once every few years, I stumble upon an antique car that literally takes my breath away. The last time it happened, it was a burgundy-and-cream Mercury Westergard from about 1940, one of those massive, bulbous cars with a sloping back and rear tires that barely showed. For some reason this automobile stopped me in my tracks.
Hoping for a similar find, I trudged through what seemed like miles of people's most cherished babies. Old guys had worked on these for years (and maybe a few young guys with tattoos and no job). It showed. Only a few came from pre-war times, and most had been souped up or otherwise tinkered with, the running boards removed, the engines jutting out unnaturally like tumors. This was too bad, because I love Harold Lloyd cars most of all.

So I was obsessed with a search for that 1940 Mercury, hoping it was owned by a local. I didn't find it, but 3/4 of the way through our hot trudge on a sultry August afternoon, I was stopped in my tracks.
I didn't know what it was, but it was stunning, the ultimate in beauty and grace, all wetly gleaming in chrome, cherry red and pristine white.
"It's a 1961 Corvette," my husband said. (He didn't need those little white cards behind the windshields to tell him the make and year of a car. Ever. In fact, he identified a few that were so exotic, it made my head spin.)
People sigh and drool over antique Corvettes. Now I know why. It looked kind of like a skin you'd slide into, erotic. There was no back seat. (The few '20s cars I saw had boxy carriage-like interiors, with roomy, plush, sloping back seats that seemed specifically designed for sex. They also had rumble seats in the back, completely separate and open to the elements, a perfect place to stash your mother-in-law. People were ingenious in those days.)
I don't know why this car held me transfixed. I'd post a picture of it, but I can't decide which one brings more tears to my eyes. Anyway, it led me to my usual wild goose chase for information, this time on the History of the Automobile.
If you ask people who invented the car, 95% of them will say, "Henry Ford." According to that impeccable source, Wikipedia, Ford came around about 200 years after the first experimental prototypes. These were wheezy little things with sewing machine engines, some even driven by steam. (This is why one of the above models has that Jiffy Pop thing attached to it, likely blowing the car along with hot air.)
Inventors were thinking in terms of "horseless carriages" for a long time, so wheels were huge and spoked, with hard rubber tires. About a thousand different people were working on the design, so I can't name any of them because it would be so incredibly boring.
I can't get this to cut and paste, but it's too good to leave out, so I'll transcribe it by hand (while trying to eat my peanut butter toast and drink Crystal Lite iced tea):

"By 1784, William Murdoch had built a working model of a steam carriage in Redruth, and in 1801 Richard Trevithick was running a full-sized vehicle on the road in Camborne. Such vehicles were in vogue for a time, and over the next decades such innovations as hand brakes, multi-speed transmissions, and better steering developed. Some were commercially successful in providing mass transit, until a backlash against these large speedy vehicles resulted in passing a law, the Locomotive Act, in 1865 requiring self-propelled vehicles on public roads in the United Kingdom be preceded by a man on foot waving a red flag and blowing a horn. This effectively killed road auto development in the UK for most of the rest of the 19th century, as inventors and engineers shifted their efforts to improvements in railway locomotives. The law was not repealed until 1896, although the need for the red flag was removed in 1878."

(Why is it that I can hear John Cleese saying, "And now for something completely different"?)

Anyway, enough of this fishy-sounding, probably concocted history written by a bunch of unemployed geeks who live on beer and Pringles. The process of developing the modern automobile was kind of like a steel mill where iron is melted down in a big blast furnace and spat out as ingots. Everybody poured something into the mix. Everyone stole from everyone else. Gradually, something cohered, solidified and emerged.

One of the first designers, back in about 1800, was named Benz. The names Daimler and Diesel came up as well. These were men, not things. This seems incredible to me, but there it is. Anyway, when the internal combustion engine was finally perfected somewhere around 1910, it was hailed as the greatest invention in the history of mankind.

No more horse dung! No more horses, period, except for the fast set who could afford polo ponies. Apart from the wheezy, rickety noises and familiar explosions, the car was deemed marvelous, and eventually, nearly everyone embraced it as a universally Good Thing.

Right. Until it began to poison the air and water to such a degree that our future survival is now very dicey indeed.

We're married to our cars. We conceive our children in them, we shine and wax them tenderly, and (especially) covet the ones we want and can't have. Some people's lives literally revolve around them. I couldn't give a shit, except when I see something like that sublime cherry-and-white '61 'Vette.

Oh OK, I'll try to find a picture already. I wanted to marry it, it was so beautiful. It exuded effortless grace and genius in design like few other material objects I've seen.

Maybe in another five years I'll see another one. Or not? I kind of wish they'd all go away. I'd have the horse shit back in a heartbeat.
Posted by Margaret Gunning at 11:10 AM 2 comments: