Today I am three 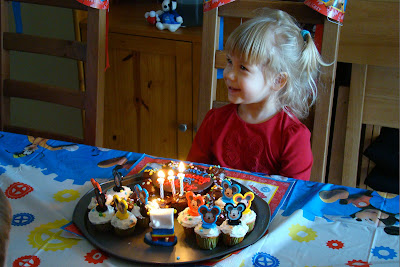 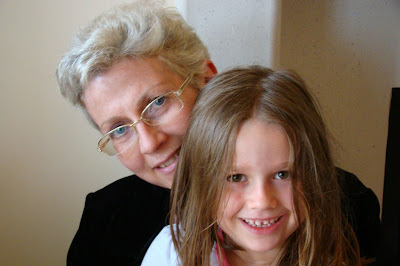 Can there be anything more idyllic, more innocent, more knowing than a three-year-old girl?
How about a three-year-old who is somehow, mysteriously, tied to you through blood and bone. How she came through me is a mystery, but it's a fact that without me, she would not exist.
When life gets me down, which it often does, I ponder this mystery: we all come out of nothing. Or seemingly nothing. All of Creation started with a void - it had to - and somehow ended up this teeming mess, this singing intricacy, overrun by crass humans but somehow still spellbindingly beautiful.
Two people meet, and sometimes nothing happens. End of story. Or they meet, and in the course of things, become sexually attracted to each other.
Sometimes it ends there.
But sometimes, when the act is unimpeded, a quarter-teaspoon of fluid, innocuous as spit, finds its way to a microscopic dot.
Result: a new human being, an individual the likes of which has never been seen before (and will never be seen again) in human history.
God creates each person once, then breaks the mould.
I search in Lauren's beaming three-year-old face for some trace of me, and I can't find it. None of my four grandkids look like me (see lovely brown-eyed Caitlin, above, with Grandma).
All strongly resemble the other side of the family. Except.
Except for Lauren's intensity, the way she comes at life full-throttle, six-guns blazing. In this, she does resemble me, but puts me to shame (but if I hadn't been squashed so flat as a child, so written off as worthless, perhaps I would have been the same way).
Perhaps this is my second chance. This echo generation, saving me. And saving the world from its awful lack-of-Laurenness.
Out of nothing, or seemingly nothing, out of a single act (an odd one, when you really think about it), "someone" comes into the world. Lauren has changed the world just by being in it; her valour and rambunctious humour in the face of juvenile diabetes (diagnosed at only 15 months) has been remarkable, an example.
All hail Lauren, only three, but capable of restoring my soul.
Posted by Margaret Gunning at 8:53 AM 1 comment: