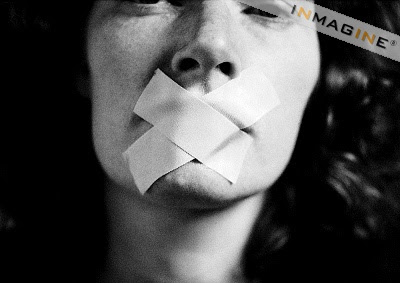 For what I am about to say, may I be truly penitent. But I just have to get this out of me.
So many well-worn phrases represent philosophies that are just plain wrong. "God never gives us more than we can handle." "Everything happens for a reason." Etc.
The Holocaust, suicide, homicide, sexual violence, catastrophic oil spills that demolish wildlife and human livelihood. . . these are all part of God's sweet plan for us.
Right.
Early on in my so-called writing career, I was told, "don't be afraid to make lots of mistakes. Mistakes are a sign you're taking risks."
Correction: mistakes are proof that you are useless and incompetent. You may get away with one, but never two. It'll be the end of you. So watch your back, and don't take risks, ever.
My dream of being published for the first time came true in 2003, and at the same time my first grandchild was born. Pictures of me then show a radiantly smiling woman who looked ten years younger than her age.
The reviews were better than I could have dreamed of: nearly all were not only positive, but glowing. My publisher called me to tell me the reviews were "a miracle" (i.e., not brought about by my own work and sweat, but some sort of weird supernatural phenomenon). Then she laid it on me: my book had had the worst sales in their entire history.
It failed.
What had I done? I was not sure, but it was surely my fault: no one else was going to shoulder the blame for this, for sure.
Though I know I am inherently unlucky, it seemed the curse might be broken when the second contract came along. But gradually, I began to realize that this whole thing was going south, and there wasn't a thing I could do about it.
There were numerous problems, all tangled together, and every move I made to try to untangle them made me feel like a horse wrapped in barbed wire. Finally I just had to lie passive and let it cut me to death.
I made some mistakes, see. I did some things wrong! I didn't kowtow to the powers that be, because they did NOT have my best interests at heart. The people whom I thought were on my side turned their backs and calmly sided with the forces that were tearing me apart.
Finally I had to let go, and watch my dream sink.
There followed years of coping with profound depression and a catastrophic sense of failure. Oh, all right, we know what's going on: she's too sensitive to handle this tough business! If you can't stand the heat, and all that.
If I sound bitter and angry and devastated, yes, I am. It doesn't matter a whit, because only one person reads this blog anyway. I was driven out of my last blog by savage remarks, made by people whom I thought had been on my side and
even praised my work.
All this happened because. . . I made a mistake! I made an assumption which the others felt was ludicrously naive, or just a bald-faced lie. It seemed I had done something unforgiveable and could no longer hold up my head, so I got out of there while some of my skin was still intact.
Mistakes are dreadful, embarrassing, destructive, and often impossible to correct. They do irreversible damage, and you don't learn anything from them at all except that the world is a harsh, unforgiving place, and that sooner or later you will be crucified by the people whom you thought were your friends.
Don't make them. Trust me. You can't afford it.
Posted by Margaret Gunning at 10:43 AM 1 comment: