Ducking for apples, or, the queen of the quotes 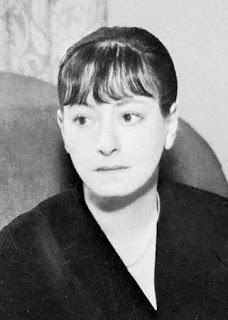 Yeah, I know, posting quotes from famous writers is pretty cheesy, and maybe I could think up a better idea if I weren't so preoccupied with finding an agent to represent my (third) novel. It has me dancing on a bed of needles, my nerves jumping at every turn.
So let's think about something else, shall we? Meaning, one Dorothy Parker, a writer known for her sardonic poetry and even more sardonic quips ("One more drink and I'll be under the host", "You can lead a whore to culture, but you can't make her think.")
Parker was brilliant, but she was also lightning-quick, fast on the verbal draw. She and her buds sat around a big round table at the Algonquin Hotel and drank their lunch every day. Quips flew like ping-pong balls, which is kind of surprising because these guys (all guys, except Dottie Parker) were so inebriated they could barely stand up. But then, this was the Jazz Age, and drinking was forbidden, a little naughty, and necessary fuel for the writing life.
Some of her best quotes seem to come out of the air, meaning they were likely part of a larger conversation. Such as the one about ducking for apples: "There but for a typographical error is the story of my life." And how did that sweet little debutante injure her leg? "Sliding down a barrister."
You don't get paid for these things ("a girl's best friend is her mutter"), so Dottie really had to scrape hard to make a living. She wrote grand short stories, as well as the kind of whimsical verse made popular by Ogden Nash - except that it went like this: "Three be the things I shall have till I die,/Laughter and hope and a sock in the eye." Book reviewing kept her afloat, and books were piled everywhere in her messy apartment, along with empty bottles, leftover cheese sandwiches, eviction notices, and assorted poodles.
Parker had a soul-friend named Robert Benchley, a humorist who was kind of like Bennett Cerf (God, why do I know about Bennett Cerf??). They never had sex, or at least I don't think they did, but they loved each other in a special way. I once considered writing a memoir of my crushes on men, titled Searching for Robert Benchley. (Don't anybody steal that, I might still use it.)
Poor Dottie. Though she lived to be over 70, she became increasingly bizarre and snappish with the years, so that her league of loyal friends thinned out. She could still get off a good one now and then ("This is not a novel to be tossed aside lightly. It should be thrown with great force."), but as the years passed, her life was loneliness, booze, TV game shows and messy old dogs.
What's the point of all this? Dorothy Parker is incredibly famous, but what exactly did she contribute? A few slight plays, even slighter verse, short stories that were memorable but not great. She was a personality, a package deal, and when you think about it, all writers need to be that way: a walking advertisement for their work, if not for themselves.
Writers are the delivery device for what they write. They must get out there and live it. Work it! And try not to get too drunk in the meantime.
Does it have to be that way? Does it?
Posted by Margaret Gunning at 11:00 AM 1 comment: