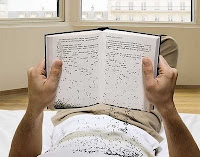 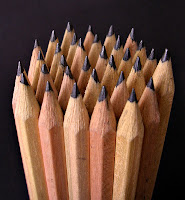 You know how they say that to be a real writer, you're supposed to be able to paper a wall with rejections? I guess I did it wrong. I papered my garbage pail.

I papered my soul with disappointment. I fell, and tried again. I must have been nuts. What is it about this so-called art, this obsession? So many of us want to be writers. Right. I have heard that the writing itself is about 25% of the process. But 25% of what? Of "success". Of "making it", of becoming a literary star.
I once had a friend ask me, "OK, Margaret, if you're so obsessed with all this, tell me. How do you get on the bestseller list?" I went completely blank. I had no idea. I knew it had very little to do with the quality of the work. I had been reviewing books for 20 years. Some of the best books I read were published by tiny literary presses and probably sold 1000 copies, tops.
And then there's the phenomenon of mass-market paperbacks and fat hardcovers that ride the top of the lists for months, even years. How do they get up there, stay up there when the quality is so uniformly awful?
I don't want this blog to be whiny. But I want it to be more focussed than my last one. (Whew, don't ask me about my last one! I was run out of town for being too original. Or for something. Whatever it was, it was pretty vicious.) And I want to try to explore just why I do this. For in a sense, I already achieved my goal. After a lifetime of extreme, obsessive yearning, my first novel came out in 2003. Reviewers said things like "fiction at its finest" and compared me to some of the best-known writers in the country.
And I sold 1000 copies.
The publisher called me to tell me how disappointed she was. At first I thought, oh, she' s emphathizing with me. Then I realized: she's disappointed in me. I was somehow supposed to make a zillion-seller out of this novel, all by myself.
Didn't work. I had been given a book called Guerilla Tactics for Writers or something like that. Every time I tried one of those tactics, I was called down for it, told I shouldn't be doing it.
So why do I keep at this? Jesus, maybe it's because that (by now) I'm not much good at anything else. Since my second novel came out in 2005 (also lavishly reviewed, also sitting on shelves collecting dust), I have written two more novels and a book of poems. I believe these represent my best work.
I'm not sure if it's from bad sales or what, but nobody's interested. I'm not the sort of person who can go on and on writing books and stashing them in a drawer. Hardly anyone understands this (they call it "ego"), but the storyteller needs people sitting around the fire to listen. A concert pianist is not expected to play in an empty hall. And etcetera.
Am I bitter? Some days, maybe. Today I am extremely frustrated because yesterday I was turned down again after allowing my hopes to rise. I just don't know what the fuck to do now.
Am I crazy? I sent out my "first" novel (which was actually my third) sixty-five times, and received sixty-five rejections. Most of these publishers told me it was really quite a good novel, original, and that they were sure it would do well with someone else.
Maybe I shouldn't write on days like this.
Posted by Margaret Gunning at 10:13 AM 1 comment: