Posted by Margaret Gunning at 8:40 AM No comments:

"Am I going to crash?": a lonely death in space

(From YouTube notes about Lost Cosmonaut video, posted above):


This is a supposed recording of a Soviet space flight in 1961. In it, a Russian woman can be heard complaining about the increasing temperature inside the craft before it is destroyed attempting re-entry.

This was recorded by the Judica-Cordiglia brothers in 1961. It is reportedly one of many transmissions intercepted by the two brothers that prove the existence of the lost cosmonauts.


The following is a translation of what the woman is saying: 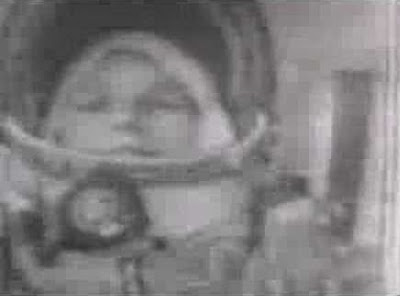 OK, gentle readers. So what's my take on all this? I found this eerie recording on a Top 10 List of Eerie Recordings (from a site called Top 10 Lists of. . .), and haven't been able to stop listening to it. I couldn't even get to sleep last night, it creeped me out so much.

Way leads on to way, and I found much more information about these notorious Judica Brothers, along with a million mostly-amateurish-and-absurd conspiracy-theory videos claiming the moon landing of 1969 was a complete hoax. The best of these is a clever satire (taken seriously by many, which was the whole point: to show how naive and idiotic these theories are) called Dark Side of the Moon. Watch it if you are at all interested in this subject, as it will show you how "convincing" these arguments can be (until they collapse in a heap of incoherence, or perhaps sardonic laughter).

So how valid is this claim that two young Italian guys, obviously smart and innovative, were able to pull down signals and even voices from remote space using cobbled-together, Heathkit-like amateur equipment? The documentary I watched, Space Hackers, makes a convincing case. There is no doubt that these guys were brilliant, and since two heads are better than one, they joined forces in an odd sort of fused-together, codependent manner. Suffice it to say they didn't get out much, and would have fit in nicely on The Big Bang Theory.

All this started with the commonly-heard beeps of Sputnik, the first Soviet satellite launched in 1957 (which I remember, though I was only 3 years old at the time: my brother Walt, a science junkie, dragged us all up on the roof of my father's store with a powerful telescope to try to see Sputnkik, which we didn't. Then we all went out and had a Spudnut, so that I forever confused the satellite with a doughnut hurtling through space.)

OK. . . confusing stuff, but some of it is compelling. Sputnik was just a start: the Judica brothers then supposedly picked up the heartbeat of Laika, the doomed dog the Russians shot into space. Then morse code SOS signals that read like howls of agony in the inferno. Mumblings from cosmonauts, full of suppressed panic, most of them in hopeless peril. The gasps, rapid heartbeat and what sounded like the death-rattle of another cosmonaut. And on it goes.

It's all Caught On Tape, folks, and last night, recovering from the worst migraine I've had in years, I was in an Oliver Sacks-ish state that can only be described as altered consciousness, my neural wiring sticking out all over my head and audibly sizzling.  (As a means of enlightenment, I don't recommend this, because it hurts like hell and makes you throw up). So I watched all kinds of things, including something that totally debunked the Judica brothers' recordings - or most of them - as fakes. 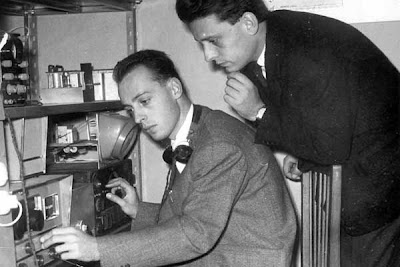 It's true that the female cosmonaut in the video I posted doesn't sound like she's speaking in the terse, formal military language of space - but was it in place back in 1961? And was it common to send women into space back then? Well, they sent a dog. The Americans sent a chimpanzee. Maybe she was the next logical step before they risked sending a man. (The photos, by the way, depict the official "first woman in space", Valentina Tereshkova, launched a few years later after they had got the major bugs out of the system: i.e. re-entry without hurtling back to earth in a blob of molten metal.) 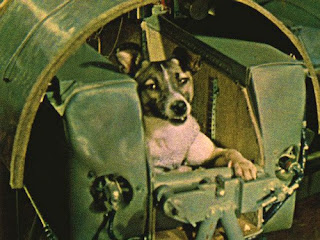 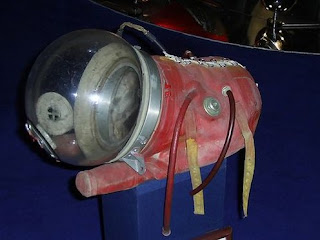 The Judicas had an enigmatic, playful quality about them (but then, doesn't Howard Wolowitz with his dickies and his brisket and his Billie-Burke-ish girl friend also strike you as a bit dippy?). Nevertheless, as the brothers' notoriety grew in the Italian press, NASA invited them for a "friendly" visit to headquarters so that they could pose a few "friendly" questions.

Their answers are nowhere on the record, nor do we know of any attempts to harness their amateur brilliance in the service of spying on the Soviets.  It could be they were dismissed as chippers with a vivid imagination and a love of publicity. Maybe they were just attempting to score some chicks. 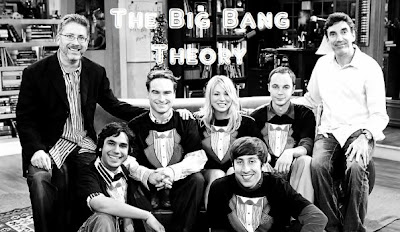 But if these guys really did even a fraction of what they claimed, it's astonishing.  At one point they were supposedly able to compress a long series of secret signals broadcast from Russia - a code no one could crack - and found that it was, in fact, a few phrases of music taken from the opera Boris Gudenov. (No relation to Boris Badenov of Rocky and His Friends. Come to think of it, that IS a weird coincidence.) Another time they were able (supposedly) to crack a band of frequency by calculating the exact length of an antenna they saw in a photograph.

In some cases, it just makes people angry. "Those people (the filmmakers) were lying to us! Henry Kissinger did NOT say those things!"  This speaks volumes about the IQ level of the average citizen. Like Brontosaurus, maybe their brains are in their butts. 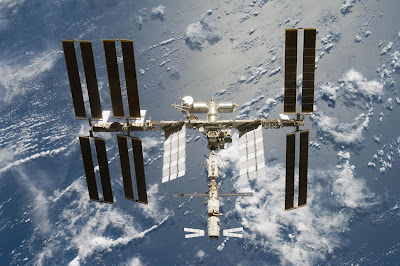 So what do I think? Oh, I don't know. I watched the "moon shot" from a cottage on Lake of Bays, at Bondi Resort, a heavenly sort of place that nevertheless didn't have TVs, so we had to borrow one from somewhere. We had a wine-and-cheese party to celebrate the event, and suffice it to say I didn't pay much attention to the cheese. 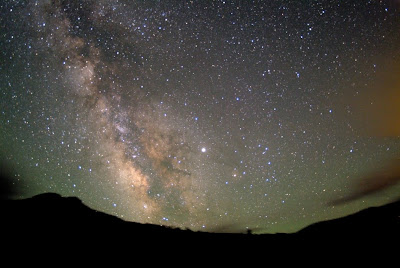 My parents had allowed me to have wine with dinner since age 13, and after a gruelling Oxfam walk my Dad brought a glass up to my room containing a couple of ounces of Scotch mixed with orange juice.  But this time I was drunk, really drunk, though I was only 15 years old. My parents kept filling up my wine glass over and over again, and when they cut me off, my much-older siblings kept right on pouring until I was stupefied. They must have thought that seeing me drunk was kind of cute, like watching a monkey that had got hold of a bottle of beer.  After all that one-small-step-for-man business by Neil Armstrong (which should have been "a man," not that anyone cared), I remember lying on a hillside staring up at white-hot stars, disturbingly close, that wheeled and whirled like something out of Van Gogh.

Back then we all took this moon shot stuff at face value, of course. But one reason all these theories (most of them loony) are popping up now is that we're starting to realize how incredibly primitive the equipment was that launched these guys, got them to the moon and (even more incredibly) brought them back. The average SmartPhone has a thousand times more computer juice, a quantum leap (if you'll pardon the expression) beyond that dinosaur technology with its hair-raising risks.

Really, shouldn't all of them have blown up? Weird, isn't it. Just a coincidence? Sheer luck? Why did two Challenger missions end in flaming disaster, when the only Gemini/Apollo fatalities took place on the ground? (And just what did Gus Grissom have to hide? Jesus, I've got to get off this subject.) 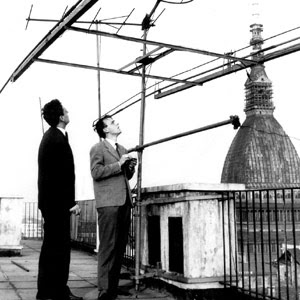 Think of it now. What if those men had landed, made their historic moon walk and dramatic pronouncements, then couldn't get back? (My husband the science wiz, who seems to have inside information about some of this stuff, tells me that each astronaut was given a cyanide capsule before they launched.) I think even Walter Cronkite would have been at a loss for words.

The deeper you delve into all this shit, the crazier you feel. I am certain that NASA, not to mention the Soviets, did some spin on this stuff, maybe hid some things, minimized them or downplayed them. It's more likely the Soviets did coverups, just because of the nature of the Iron Curtain culture (which, by the way, I thought was a literal iron curtain, kind of like the Great Wall of China. Well, I was five.) There are those people who seem to think everything to do with government and/or the military is a conspiracy: it fills the endless hours while they wait for a girl friend (someone ditzy enough to tolerate all this shit). Oh, bring back the X Files, please. 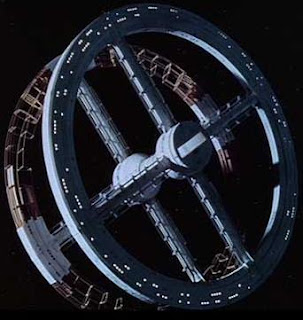 Meanwhile we have this haunting, almost pleading voice, repetitious, so blurry it could mean almost anything. We hear what we want to hear. My own brother had Heathkits and telescopes and bunsen burners (which we used to melt lead, I am not kidding, I did it at age eight). It was trendy then to be an amateur scientist, a space geek. I married one, after all.

The documentary I saw was very strange because the brothers, now old men, still have all their dusty, creaking old equipment with the dials and chugging reel-to-reel tape recorders.  The men seem like relics who haven't kept up, their one encapsulated moment of fame now stowed in a museum of obsolescence. 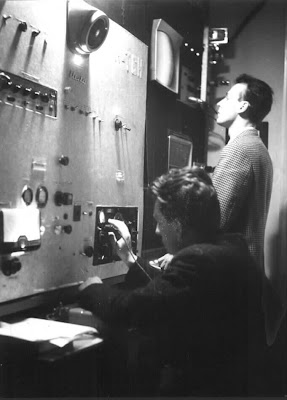 And yet, and yet. At one point there was some film footage of their "antenna", or at least one of them. I expected a rod with a little bulb on it. You know, an antenna. But this was a massive structure that spread out to cover half the roof of their little lab. It looked like a space station up there. How had they figured that out? You couldn't get that shit from a hardware store, could you? 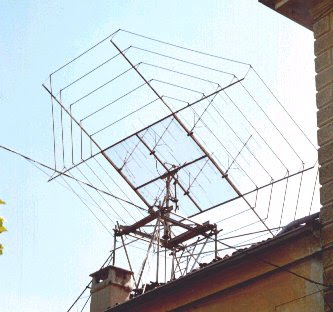 To hear these old men speak, which they did in Italian with subtitles, was sheer poetry. They described how the American press dismissively thought of them as "just pizza and mandolins". Einstein (whose theory of relativity was obviously a load of conspiracy-driven bullshit) would have appreciated this. Enigmatic, rumpled, otherworldly as E.T., he had that same dreamy, subversive quality, the uncanny power of men who have stared into space, reached out in childish curiosity and pulled down the stars. 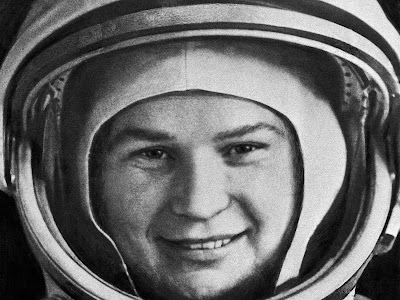 (Note. This is a summer repeat of one of my, well, don't I have the right to think so?, best pieces. It isn't really summer, but this sure is a repeat. But it's my birthday, and I can do anything I want. And if *I* didn't remember it, YOU sure as shit won't.)

Posted by Margaret Gunning at 8:38 AM 12 comments: