In the clutches of a nightmare

My gif-making hobby appears to have hit a new low. For years I told my children about a bizarre cartoon series called The Adventures of Clutch Cargo (with his pals, Spinner and Paddlefoot). They not only doubted me, they thought I was totally loony.

This series had absolutely no animation in it whatsoever. In an evil process called Syncrovox, a real person's mouth was superimposed on a still picture of what might be a face.

The characters were basically cardboard cutouts mounted on a stick, and were moved along realistically by some poor sod in behind that bush-looking thing.

No one can quite guess the identity of this odd jungle-dwelling creature with the W. C. Fields nose and top hat. The horn-rims do look a mite familiar.

I used to wonder why you never saw their feet. Now I realize they had no feet. They had STICKS.

And now comes the uncomfortable issue of the relationship between Clutch Cargo and Spinner. Clutch isn't Spinner's uncle or Dad or anything, just some guy who wants an eight-year-old boy with him when he goes on his adventures. His name, too, is problematic. Just what does it mean? And why is Paddlefoot a dachschund instead of, say, a black lab or a Doberman pinscher? The mysteries just multiply with time.

Clutch Cargo DID pass on a certain legacy. One of the strangest feats of animation I've ever seen is The Annoying Orange YouTube series, featuring a throng of loquacious fruits and vegetables (with the odd marshmallow thrown in). Obviously it uses the same Syncrovox technique, only with more prominent teeth (and the addition of eyes, even creepier than the mouth). As with Clutch and the gang, these characters can't walk and have no feet, though I suppose they can be thrown. With great force.

Posted by Margaret Gunning at 11:54 PM No comments:

This one doesn't move (but I wish it would) 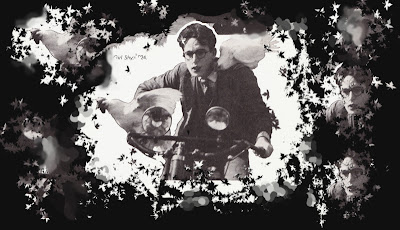 From Margaret's Studio of Unoriginal but Well-Intentioned Photoshop Art.

Posted by Margaret Gunning at 4:50 PM No comments:

Should I go gay? 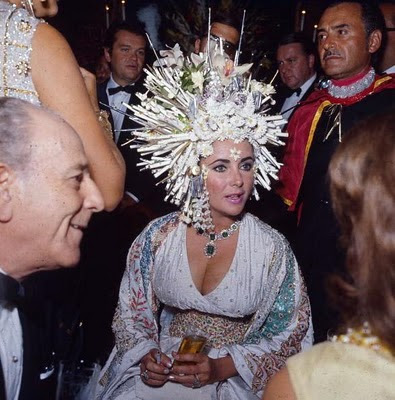 . . . because that's what I think of doing when I see these incredible photos of Liz Taylor in her prime. 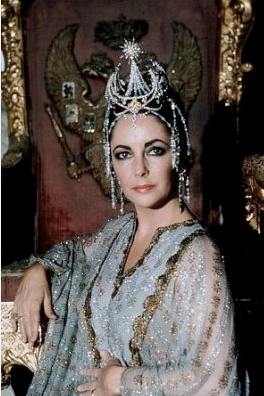 The headgear impresses me especially. Kind of like balancing an entire set of encyclopedias on your head. 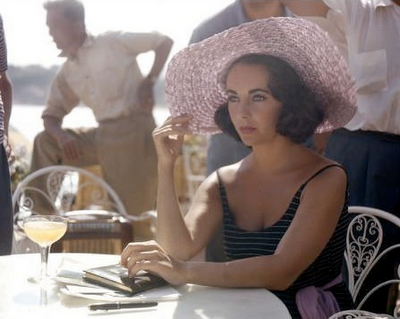 She always gave off a sense that something almost unbearably exciting was about to happen. 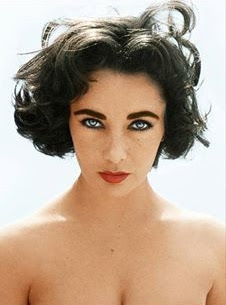