PIERS MORGAN: You're right, Meghan, confronting inequality is uncomfortable – but not as uncomfortable as watching unemployed Harry lecturing the world about it from the comfort of your mansion hideaway

That was my thought this morning as I watched Prince Harry staring blankly into a camera and lecturing the world – yet again - on our need to face up to our privilege.
As he spoke about why we all have to right the wrongs of the past, his wife Meghan stared intently at him, boring her eyes into his skull as if she was virtually transporting her own pre-programmed thought processes into his brain.

I'm not a conspiracy theorist but at one stage it looked like his lips were moving in sync with her blinking eyes.

We're going to have to be a little uncomfortable right now,' said Meghan when she herself spoke.

She continued: 'Because it's only in pushing through that discomfort that we get to the other side of this and find the place where a high tide raises all ships.' 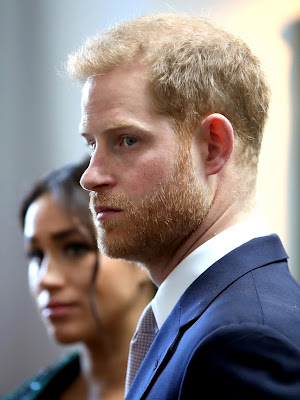 Then I remembered where I'd heard it before.

Meghan just forgot to credit him.

An easy mistake, perhaps, when you're desperate to impress everyone with the power of your own world-changing rhetoric.

What was even less palatable than her linguistic plagiarism was Meghan's next claim: 'Equality does not put anyone on the back foot, it puts us all on the same footing - which is a fundamental human right.'

The essence of this assertion is entirely correct.

But there's something quite breathtakingly unedifying about a very rich deeply privileged Duchess banging on about equality from her $20 million borrowed mansion in .
One of the few benefits of the coronavirus crisis has been that fame-hungry attention-seeking narcissistic celebrities have been put firmly back in their boxes. 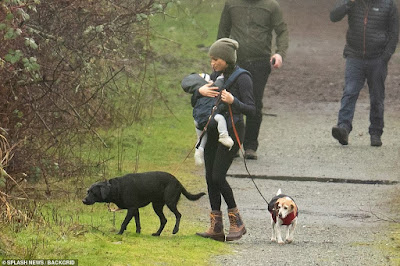 From Madonna sitting naked in the rose-petalled bath of her lavish home as she told us COVID-19 was 'the great equaliser', to Gal Gadot's grotesquely tone-deaf annihilation of Imagine with a bunch of other tuneless virtue-signalling stars, the pandemic has exposed the utter irrelevance of celebrity culture when there's a killer virus on the loose.

For Meghan and Harry, this moment of reckoning has come at a particularly awkward time.
Six months ago, they quit the Royal Family and in a blaze of aggrieved self-righteous glory - and announced big plans to be newly liberated global superstars, trading off their royal titles to make themselves enormously rich.

We were informed that they had 'never been happier' and were 'very excited' about their new lives of freedom from control by evil racist palace courtiers and the even more evil racist UK media.

It was a spectacular two-fingered snub to the Queen and the Monarchy, and to all the British taxpayers who had funded their lavish lifestyle. 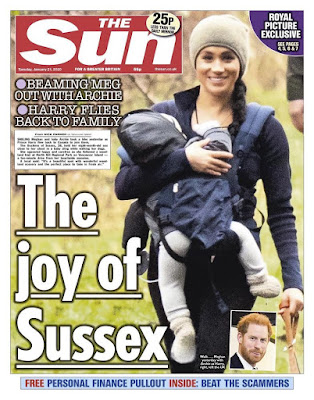 And for a few weeks they were one of the most discussed and debated news stories in the world, dominating newspaper headlines and TV bulletins – all fuelling their superstar status.

But then came the biggest health crisis for a century, and suddenly we all forgot about them with the same speed that all their big plans for global domination got cancelled.

Meghan and Harry's terrible 'struggle' that they'd spent months moaning about was now put sharply into perspective by horrendous, chaotic scenes at hospitals around the world as heroic health workers risked their lives to save people infected by the disease.

Frankly, as Rhett Butler might say, we didn't give a damn about them or any other self-absorbed celebrities.

The REAL stars were the doctors and nurses on the Covid frontline.

As the threat of lockdown loomed, the faced a dilemma: should they return to the from their vast Canadian riverside hideaway so Harry could help his family support the British people in our darkest hour since World War II?

Or should they hop on a private jet to ?

They chose the latter, decamping to the sprawling $20 million home of American actor Tyler Perry.

And that is where they have stayed ever since. 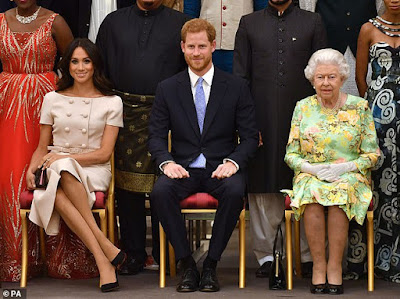 The house is an eight-bedroom, 12-bathroom Tuscan-style villa, which sits on 22 acres on the top of a hill in the ultra-exclusive Beverly Ridge Estates guard-gated community, offering sweeping views of the city from the backyard and with a massive swimming pool as its centrepiece feature.

It's hard to imagine a more luxurious or spacious place to spend lockdown.
Or a more incongruous place from which to lecture the world on equality.
'It's not going to be easy,' said Harry, 'and in some cases it's not going to be comfortable - but it needs to be done, because guess what, everybody benefits.'

But there's something horribly inappropriate about it coming from a jobless prince sitting in a Hollywood mansion, living off his father's money and still reportedly using British taxpayer cash to fund his family's very expensive security costs.

In fact, it's hard to think of a more privileged, elitist life than the one they're now currently living – one that has all the luxury and glamour of royal life without the need to perform any of the duty.

I really didn't want to write about Meghan and Harry today.

I've managed to avoid it for four months and know there genuinely are far more important things to worry about.

But by making such overtly controversial political pronouncements, they are deliberately forcing themselves back into the news cycle and that makes it impossible to ignore them.
Their latest outburst follows last week's extraordinary revelations by Meghan in court documents filed in her privacy case against the Mail On Sunday. 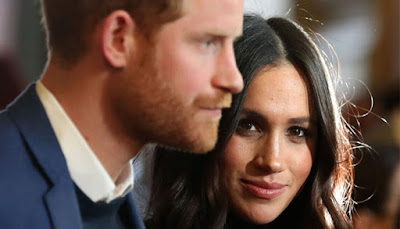 She claimed, with zero evidence and quite staggering delusion, that her wedding to Harry made $1.2 billion in tourism cash so more than paid for itself.

She said she was 'unprotected' by the 'institution' of the Royal Family and was unhappy she couldn't take paid work like minor royals including Princesses Beatrice and Eugenie - who don't carry out public duties, so the comparison is completely irrelevant.

She complained that the Palace didn't correct 'hundreds of thousands of inaccurate articles' about her, which is a laughably exaggeration and, as Palace sources responded, the Duchess didn't seem to understand the difference between untrue stories and negative critical ones that were true.

But honestly, who cares about any of this trivial first world bleating when so many people are losing their lives and livelihoods?

In several weeks, a new biography of the couple, written by friends to 'correct' all the supposed myths about them, will be published and doubtless spray more dirt at the Royal Family, causing further embarrassment and upset for the Queen in her 94th year. 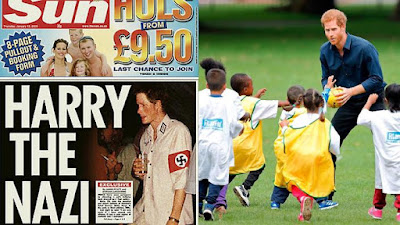 None of this sits well with Meghan and Harry's claim when they quit the Royals that they were doing so for the sake of privacy.

It's now clear that this pair of royal renegades have no intention of remaining 'private' and every intention of continuing to lecture us how to think and behave from behind the protected walls of their gilded new Hollywood life.

This wouldn't matter so much if people weren't suffering so badly from the terrible impact of the coronavirus and the horrific economic fallout as a consequence.

The last thing people want to hear right now is yet more whining from Meghan and Harry about how badly they've been treated, yet more digs at the Queen and other members of the Royal Family like William and Kate who have stepped up so commendably to comfort the British people during the pandemic, and yet more of their haughty, patronising, hypocritical sermons about equality.

So, before I return to more important things, three final words of advice for the Duke and Duchess: please shut up.

(Please note! I don't own this material and am re-posting it here for educational purposes only, and because Piers Morgan KICKS ASS.)

Posted by Margaret Gunning at 11:11 AM