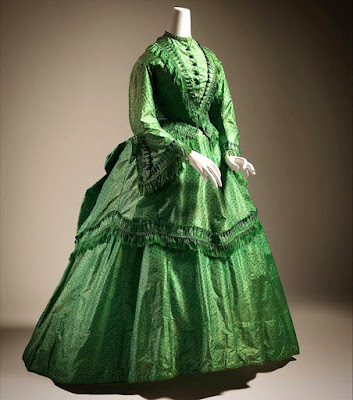 (Excerpted from an article in Racked, a now-defunct historical website)

In 1814, a company in Schweinfurt, Germany, called the Wilhelm Dye and White Lead Company developed a new green dye. It was brighter than most traditional green dyes. It was bolder. The shade was so jewel-like that it quickly began being called "emerald green." And women loved it. Largely because it was during this time that gas lighting, rather than candlelight, was being introduced. When women went out to parties at night, the rooms were considerably brighter than they had been only a few decades before. These party-goers wanted to make sure they were wearing gowns that stood out boldly — gowns in a shade like emerald green. People also began using it for wallpaper and carpeting. Victorian Britain was said to be "bathed in… green." 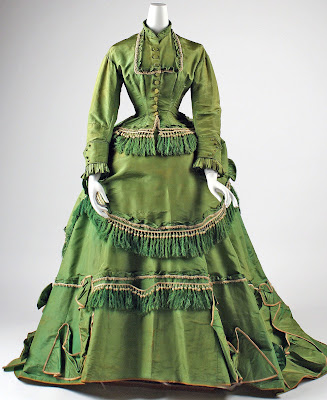 The effects of arsenic exposure are horrific. In addition to being deadly, it produces ulcers all over the skin. Those who come in close contact with it might develop scabs and sores wherever it touched. It can also make your hair fall out, and can cause people to vomit blood before shutting down their livers and kidneys. 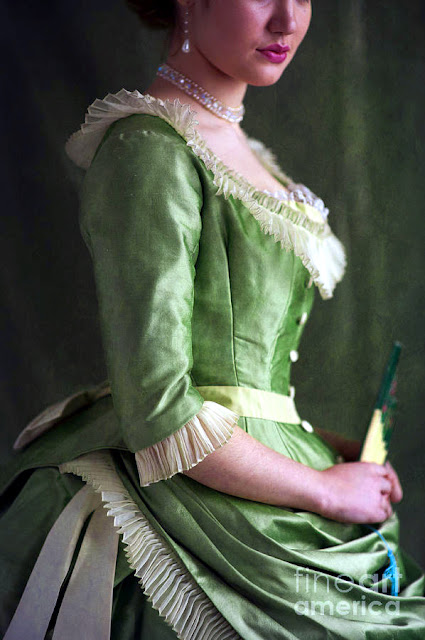 And if you think the effects were terrifying for the people who merely brushed against these fabrics, wait until you hear what happened to the women who manufactured them, working with the dye every day. Matilda Scheurer, a 19-year-old woman who applied the arsenic green dye to fake flowers, died in a way that horrified the populace in 1861. She threw up green vomit, the whites of her eyes turned green, and when she died, she claimed that "everything she looked at was green." When people began investigating such workshops, they found other women in similar distress, like one "who had been kept on [working with] green... till her face was one mass of sores." 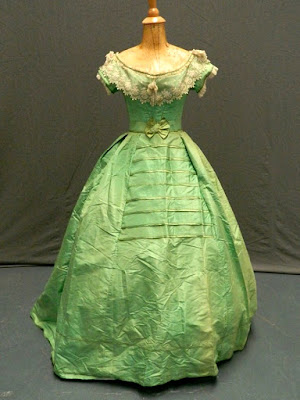 The Victorian slang for an attractive person — "killing" — even took on new meaning, with the British Medical Journal remarking: "Well may the fascinating wearer of it be called a killing creature. She actually carries in her skirts poison enough to slay the whole of the admirers she may meet with in half a dozen ball-rooms." 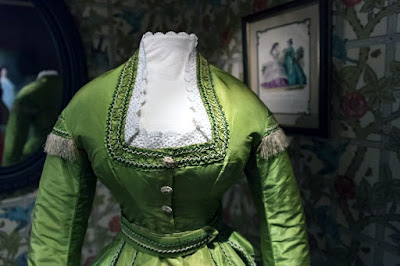 You would think that these stories would have caused people to immediately stop wearing the color, but, of course, they didn’t. Some people tried to tell themselves that they’d be safe provided they did not lick the fabric or wallpaper, which was, unfortunately, not true. Others claimed that the doctors were simply lying, because some people will always believe that science is just not real. All this in spite of the fact that every Victorian household probably had a jar of arsenic to poison rats, so they knew it was poisonous. 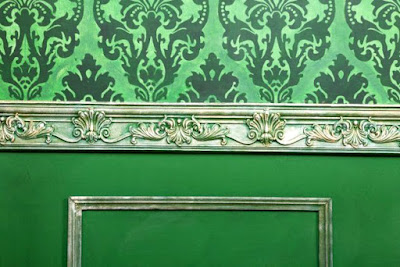 This backlash meant it took until 1895 for regulations to be put in place regulating conditions in factories where workers would be exposed to arsenic. Fortunately, by then, "in the absence of government intervention, the people of Britain had used the power of their pocketbooks" to demand alternatives to the arsenic-based dye.

Thank goodness they did. 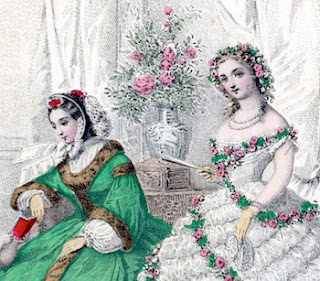 Blogger's commentary: This seems like an extreme version of the old saw about "having to suffer for beauty". What alarms me most of all is the denial that existed for DECADES about the dangers of this extremely poisonous substance. Combined with the excessively heavy, close-fitting fashions of the time, arsenic dye would create a sweaty toxic stew ideal for skin penetration.

Even the ubiquitous green wallpaper in the fashionable Victorian parlour gave off a gas which eventually rotted a person's insides as well as their brain. Factory workers got the worst of it, with an incredibly horrible and grotesque death in which they literally turned green all over. 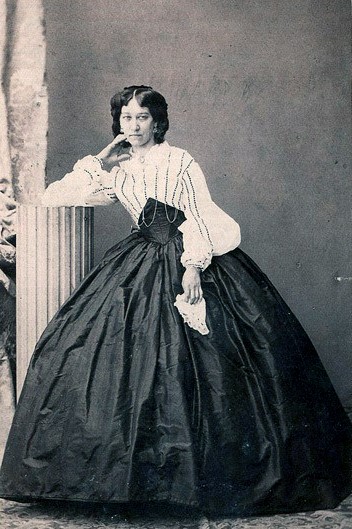 This was, in my opinion, far more dangerous than the extreme corseting which many now defend, claiming that if the corsets were "well-fitting" they could not possibly have caused serious health problems. But "waist training" is now a wildly popular activity for those who are into fetish-wear, not unlike the toe-tipping "ballet boots" which wrench the wearer's feet and spine into an unnatural c-curve. Thus it's a kink, a popular kink which is being vigorously, even angrily defended all over the internet in a way which puzzles me.

Others claim - and in light of the thousands of crystalline-quality photos from the era, I can't see how they can defend this - that Victorian women didn't even wear tight corsets, but only reduced their waists by two inches or so. But the photos belie this, and the dresses on mannequins display astonishingly small waists, fitted on the dress form much as they would fit on the wearer. I can't help but believe that tightlacing fetishists are attempting to downplay or even rewrite obvious historical evidence to make a bodily-distorting kink more acceptable. 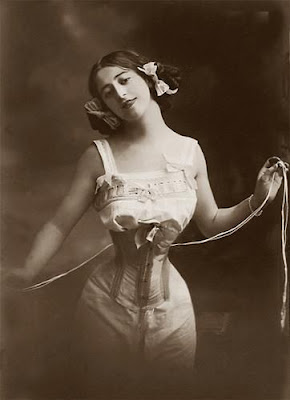 But never mind! We're not even talking about corsets here, but poisonous green arsenic-based dye which was killing people for some SEVENTY years before sufficient regulations were passed to make it illegal.

So why was this colour such a big deal, to the point where women were willing to risk their lives, or at least vigorously deny that there WAS any risk? The first time I saw this "arsenic green" (and I will admit I've never seen it in person), I was quite dazzled by it. Green is not my favorite colour in any of its permutations, but this was so deeply saturated, so dazzlingly jewel-like, that it grabbed me visually as few other shades do. 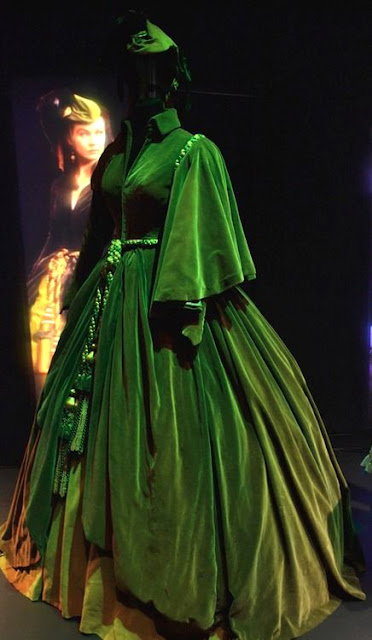 Then I thought of something (or someone) else: Scarlett O'Hara! Green was definitely her colour, from the glorious flocked barbecue dress with the ruffled neckline to her infamous Rhett-deceiving gown made from the green velvet curtains hanging at Tara. 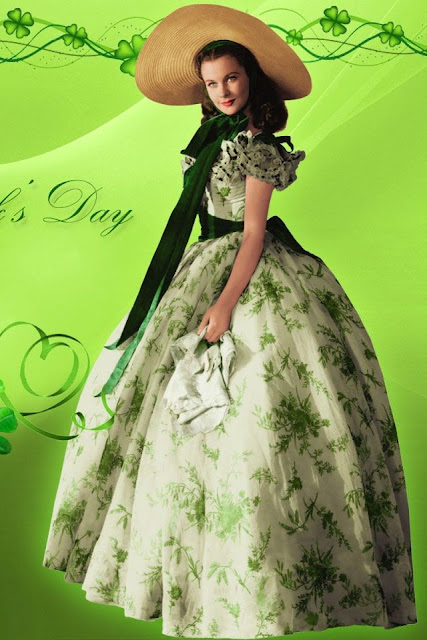 Arsenic dye is never mentioned, either in the movie or the book, but in the novel it seems that everything Scarlett wears is green, a colour which brings out her alabaster skin and raven hair. She also complains all the way through the story about the agonizing tightness of her stays and how much they restrict her movement (but she never removes them, not even when reduced to picking cotton in the fields after the fall of the South). Though Margaret Mitchell was a blatant racist responsible for one of the most appalling pieces of historical fiction in literary history (and note that she won the Pulitzer Prize for it), she DID do her homework meticulously. I believe she was  accurate in portraying women with extremely tiny waists (and Scarlett's, remember, was only 17 inches!). Fetishists can do whatever they want with their own bodies, of course. But the revival of the kink is relatively new. What will happen when we come back in 30 or so years? Will pushing your stomach up, your liver down and your lungs in maybe-just-maybe turn out to have some long-term damaging effects? 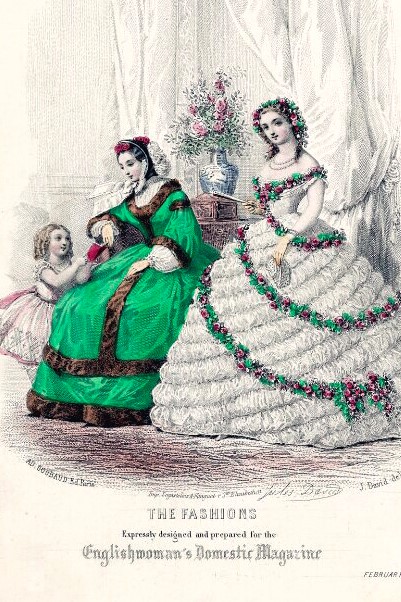 Posted by Margaret Gunning at 2:47 PM No comments: