Screwed at the border: why was my parcel held hostage by Canada Post?

Now THIS really had me upset, to the point that I made a whole video about it. I cannot figure out why Canada Post would decide I had "imported" a small, normal, everyday item (three baby trolls) from Etsy in the States. I've been dealing with Etsy for years with no problem. I know it's not their fault. I've sent in a complaint, but there were so many forms with flyspeck type on them that I have no idea if any of it will hit home. There was "documentation" required to even think about asking for my money back, along with a full account of exactly WHY I think I deserve to ask. Which is what I sent them.

TO: Canada Border Services Agency
RE: Requesting refund of duties and taxes on CASUAL IMPORTATIONS

I was charged $14.47 for a small parcel containing an item ordered from the internet, with no explanation as to why there would be such additional charges on the delivery. I was not allowed to take the parcel unless I paid it.

This was a small box from Etsy.ca which weighed less than  half a pound. I had paid all charges required by Etsy (see attached receipt from Etsy). It was $30.00 for the item and $16.00 for shipping and handling, which translated into Canadian dollars totalled $59.64.

For reasons which make no sense to me, I was charged for “importing” this parcel when the shipping and handling charges had been entirely paid for. I don’t know what constitutes “importing”, but this was the kind of small purchase Canadians make on the internet every day. I have never had this happen before, and I do not want to EVER have to go through this again with internet purchases! It has forced me to deal with bureaucracy and just hope that my concern will be addressed.

Posted by Margaret Gunning at 1:02 AM No comments: 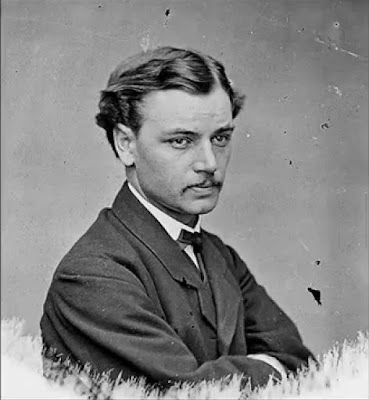 I think I would marry this guy. Decisions like this were made differently then. It was closer to an arranged marriage, which in many ways is a very practical method. In this case, he informs his prospective bride that he has a good set of teeth, no small asset in that era. I had to look up "Andy Johnson" (the President at the time), and figure out that "bully" was used in that other sense, the way Teddy Roosevelt did. Bully was a GOOD thing then, it meant "awesome", except it was "awesome" with some muscles in it. Some character. Anyway, I am up late again, very late in fact, feeling a bit punchy, not quite bully, but I did like this ad and believe it's real, and typical of the lonely hearts industry that was thriving then, as it is now. Only the names have changed.

Posted by Margaret Gunning at 12:59 AM No comments: