I don't know what it's like to have a pet alpaca, but this video sort of grabbed me. The alpaca is closely related to the llama, and believe me when I say, you don't want to keep one of those in your house. They spit, kick and bellow, smell bad, attract flies, and are generally hard to live with. In these YouTube videos, the most unlikely animals frolic about, looking adorable. I have a feeling it's a baby alpaca, since it's so small, cute and fluffy. Baby ANYTHING looks cute, even rhino or warthog or great white shark. But this little guy is like a fuzzy stuffed animal on legs, springing about like a mountain goat. I notice that in some scenes its neck looks shaven. I think alpacas need to be kept shaven down, like poodles, or their fur will just grow and grow and envelop them. It's also very valuable, like cashmere, though I don't know how they make yarn out of it. The only other animal I can think of which is like this one is a guanaco:


To me, it looks a little bit like a kangaroo.

But wait! There's more. I decided to stop being so slipshod and actually research the alpaca, which is now wildly popular and likely appearing in pre-teen-girls' bedrooms across the nation. 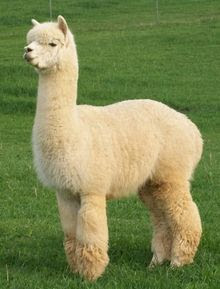 A fuzzy baby lamb with a longer neck. And how about this: 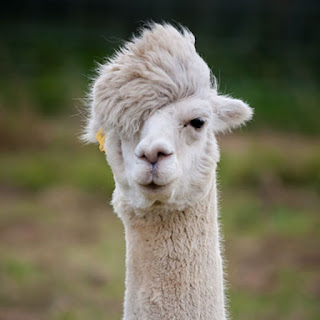 These, however, don't exist, unless they are alpaca stuffies: 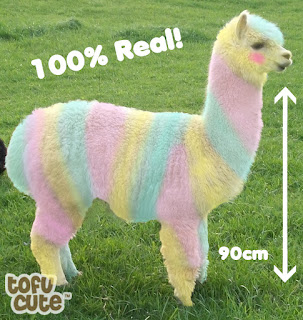 Posted by Margaret Gunning at 1:19 PM No comments:

I have nothing to say about this, except that I have actually made a couple of them. Well, one. The Sunshine Salad with lemon jello, crushed pineapple and grated carrot really isn't too bad, especially if you throw in a few chopped pecans. And though I've made it in a mold, a copper mold I still have hanging on my kitchen wall, I've also made it in a bowl. Some of these, the molded stars and maple leaves, seem like supernatural phenomena. There is a lot of red, and quite a bit of orange, with "stuff" suspended in it, and a couple of brown, excremental, sickening things that I'd rather not think about.

What got me going here was a photo on Facebook of the cherry-ketchup mold with black olives in the middle (which is in there somewhere). These were mostly called "salads", though there's more of the dog dish about them, with a lot of stuff piled in the middle. I saw an article about the rise and fall of the jellied salad (as they were called then), but who knows why it rose in the first place. It may have had to do with war rationing, like so many of these food atrocities. Creamed chipped beef. Fried bread. Stewed pork hocks. Stewed prunes. Apple pies made with Ritz crackers instead of apples.

There are whole web sites devoted to trying these recipes out, though results are mixed, and they never look remotely like these pictures. Molds were quite fancy then, some of them very tall, with blobs on top and decorative diagonal grooves on the sides. A couple, I swear, look like the household dog wasn't very well-housebroken. I could not find a certain wasted-ingredient-loooking-jumbo-shrimp-in-aspic recipe, or at least not a useable picture of it. Use your imagination.

P. S. I keep thinking I see repeats in this slideshow, but I looked at the images again, and I think it's just similarity. If you lived back then, there were lots of repeats at dinner. 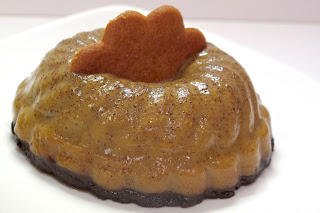