I found a lovely YouTube video of all the romantic music from the original Star Trek (as if there were any other Star Trek!) - but it was marred by the most HORRIBLE thumbnail I have ever seen. Totally inappropriate. It screams of clickbait, since people are more likely to click on a cheesy picture of Kirk and the Gorn than on Kirk kissing Edith Keeler.  These are such incredibly beautiful images, capturing the romantic essence of the series (which was, in case you didn't notice, very romantic indeed), making me wonder why on earth someone would ruin it with a stupid Gorn image with an even stupider caption. 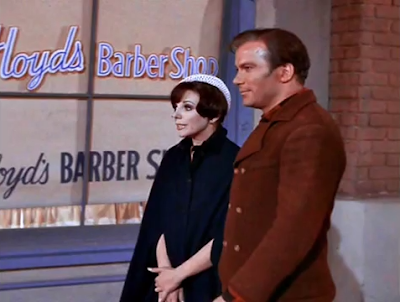 I took some screen shots and made a slide show from the images in the video, then realized it was sort of redundant because the whole video IS a slide show. Mine is Spock-heavy, but that's not just because I favored Spock back then (and now!) - it's because Spock's romances were more intense, more significant, and much more tortured because they went against his Vulcan nature. 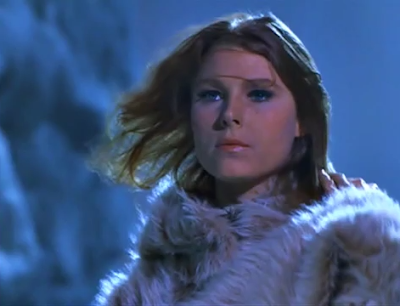 The music for the Jill Ireland episode (This Side of Paradise) was borrowed from Shore Leave, in which Ruth, Kirk's old flame from the academy, suddenly pops up out of nowhere, but she doesn't do very much except stand there in her prom dress. The Spock romance is wrenchingly poignant, the music heart-perfect - and Ireland, who died tragically young from breast cancer, stands in front of Spock with real tears streaming down her face: "And this is for MY good?" It is one of the most compelling moments in the entire series. 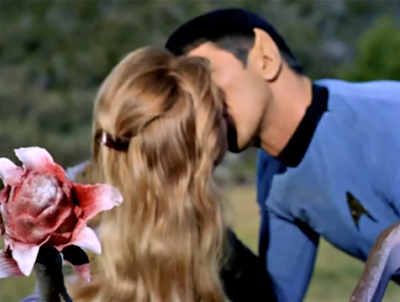 So please enjoy this, but don't pay any attention to the awful thumbnail because it is fake news. Or whatever. But the rest of the visuals are stunning, and the music more romantic than Tchaikovsky.

These are my personal favorites.

Posted by Margaret Gunning at 12:43 AM No comments: 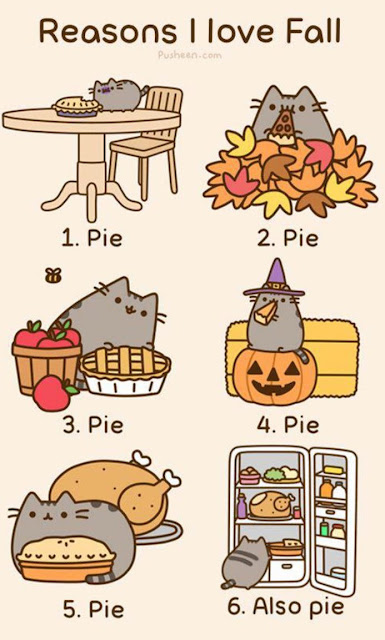