I heard this bird sound in the back yard - it just seemed to go on and on. I couldn't see anything or describe the sound to Google, which sometimes helps me identify species (I nailed down Swainson's thrush the other day, after about a century of wondering what it was). Sounded like pew, pew, pew, pew, pew, pew, pew. . . It was hard to say if the bird was in distress, proclaiming its territory or trying to attract a mate. This video includes perhaps the worst camera work I've ever done, but the audio is very interesting. The sounds accelerate as time goes on until it's a kind of machine-gun bird sound.

Actually, it's more like 4,087,144. This video features ten seconds of a shaved cat scratching at the door of a vet clinic to get out. I've spent six or eight hours on posts before and gotten virtually NO views. It's the old left-out-of-the-playground thing, I guess - once a loser, always a loser, and there is no beating those dynamics, ever. They are with you for life, like a family curse. I have no reason to want views however - they would add nothing to my life! I know why I am doing this - because I want to.

A lot of people in the comments section claimed it's cruel to shave a cat. Maybe they're thinking of a cat running around all the time with no fur on it. This is actually called a lion cut, and both dogs and cats get it when their fur is matty, dirty, too thick or unruly.

I'll tell you about shaving our cat. 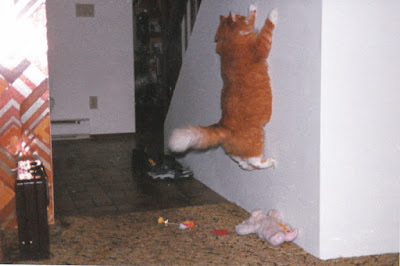 This was in the Murphy days, long ago. He was an enormous cat - 22 pounds at his maximum - with a woolly double coat, and as he aged it got matty and harder to groom or deal with. If I tried to help him with it, I was sliced and diced. Once I got bitten and needed a tetanus shot. 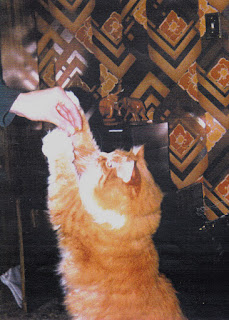 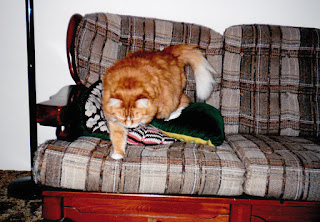 We started taking him to a groomer once a year where they would give him a bath and comb-out, but every year it got harder. Then one year they phoned me during a grooming and said,"Permission to shave him." They didn't call it a lion cut. They didn't call it anything, just shaving him. There was no other way to clean up his dense, woolly fur. 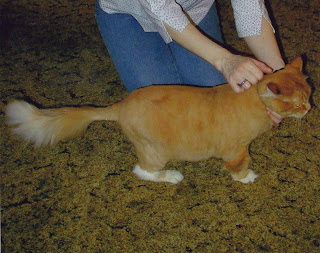 So they shaved him, and he came home looking like a poodle - but the first thing he did was flop down on the rug, purring, and roll back and forth. Then he groomed his back and tummy with an ecstatic look on his face. He got through that hot summer with an immaculate short coat, and by fall it was pristine and new. From then on, he grew himself a new fur coat once a year. 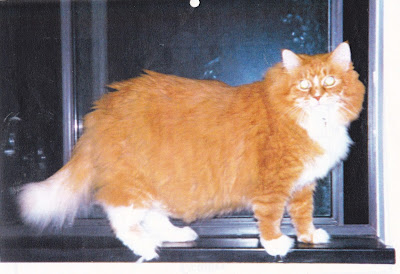 Posted by Margaret Gunning at 11:45 AM No comments: 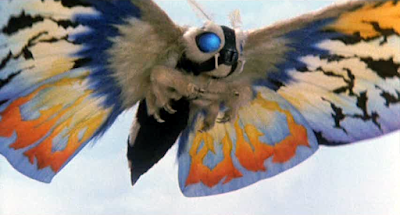 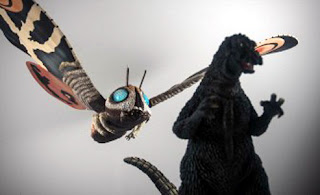 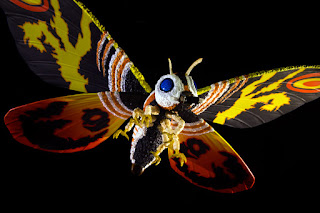 Bonus-bonus! Godzilla vs .Mothra colouring pages, not made by me. 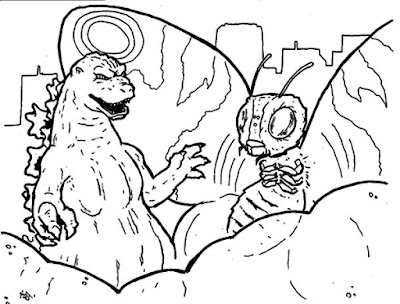 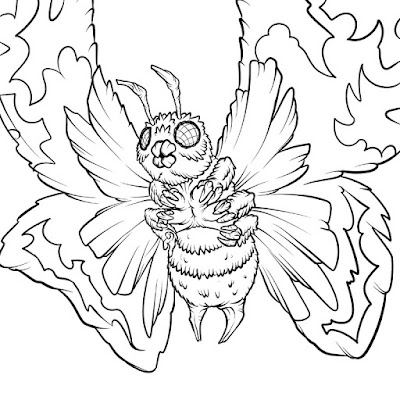 Posted by Margaret Gunning at 12:06 AM No comments: