Working girl: the life of Tillie the Toiler 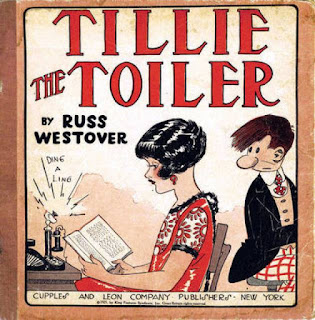 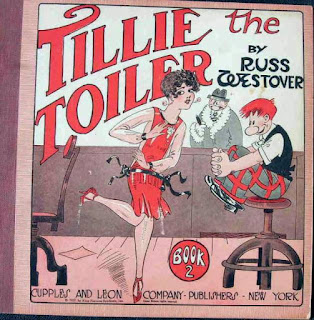 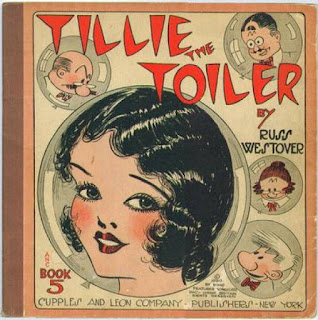 I will admit that the name Tillie the Toiler caught my attention. As usual, I was looking for something else: vintage comic book paper dolls, the kind with so much detail that cutting out the dresses with those fiendish little tabs would be well-nigh impossible.

And in looking for paper dolls, I found. . . 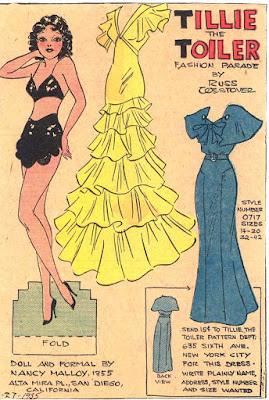 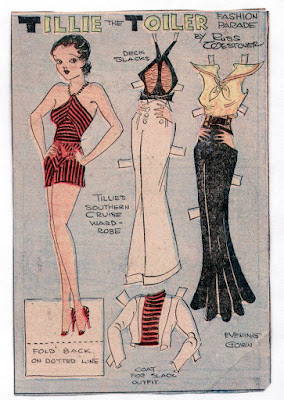 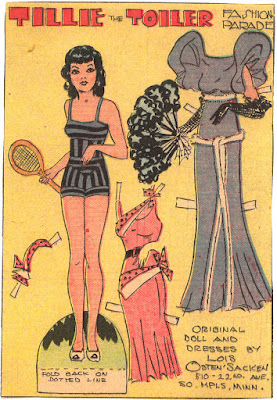 Tillie the Toiler
From Wikipedia, the free encyclopedia

Tillie the Toiler is a newspaper comic strip created by cartoonist Russ Westover who initially worked on his concept of a flapper character in a strip he titled Rose of the Office. With a title change, it sold to King Features Syndicate which carried the strip from 1921 to 1959.
Characters and story[edit]

Stylish working girl Tillie was employed as a stenographer, secretary and part-time model. An attractive brunette, she had no problem finding men to escort her around town. Comics historian Don Markstein described the story situations:Tillie (last name Jones) toiled for a fashionable women's wear company run by clothing mogul J. Simpkins. Or usually did, anyway—she'd occasionally quit or be fired, as the plotline, which ran at breakneck pace and didn't always make perfect sense, required. 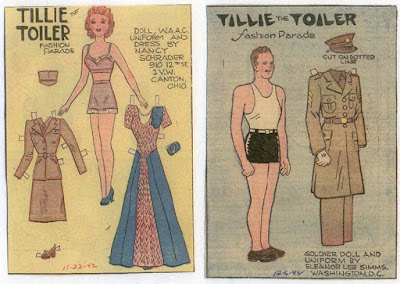 During World War II, in fact, she even joined the U.S. Army. But she always came back to Simpkins.  Whatever she did and wherever she went, however, she was impeccably dressed in the very latest styles. This helped her in the pursuit of charming and often wealthy young men, who came and went at an alarming rate, providing grist for the story mill. 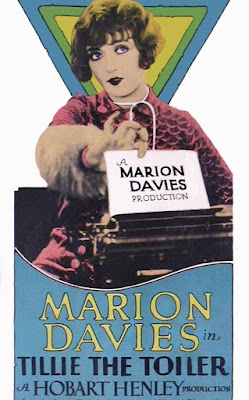 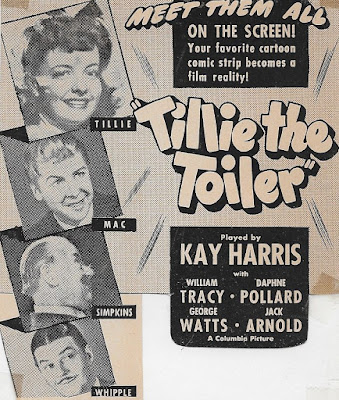 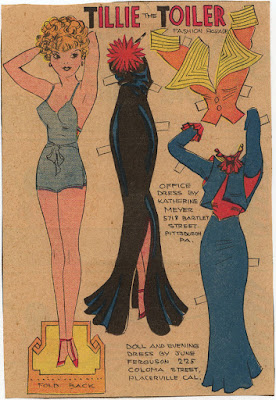 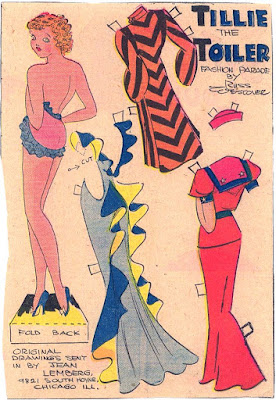 Who knew? I didn't, and found her by accident. Perhaps, like the immortal Hilda, Tillie the Toiler will soon make a well-deserved comeback. She seems surprisingly contemporary. Most "girls" of the era would envy Tillie her wardrobe, if not her exciting love life. She seems to me like the quintessential flapper, financially independent (if poorly paid), with a ton of male attention. 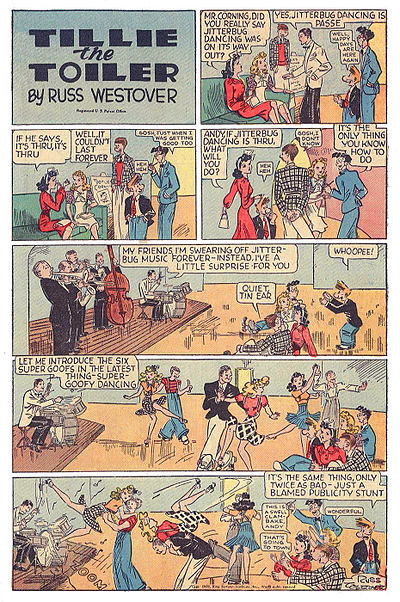 A typical Sunday "funny papers" page, extra-special 'cuz it's in colour. I remember those days.  This entry seems to be about the characters' grief over the passing of the jitterbug dance craze. But it's soon to be surpassed by "super-goofy dancing", which involves throwing women up in the air or over your shoulder. 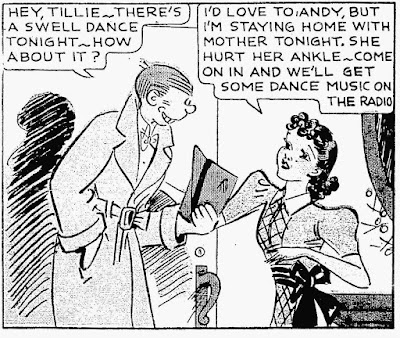 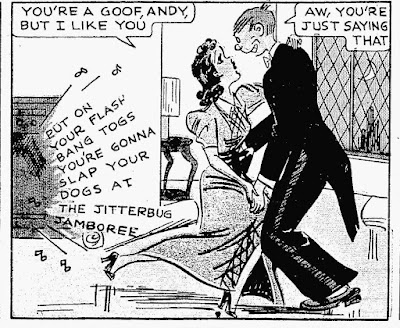 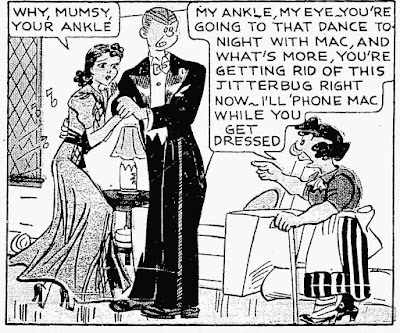 This is what you'd get during the week. I notice a certain difference between Tillie (and the other girls in the office) and the rest of the characters, particularly in the men, who are somewhat primitive in appearance. A bit of Dagwood going on here. Tillie, however, is always immaculate in her dress and coiffure. The Jitterbug is still on people's minds, as in the song, "Put on your flash bang togs/You're gonna slap your dogs/At the Jitterbug Jamboree". 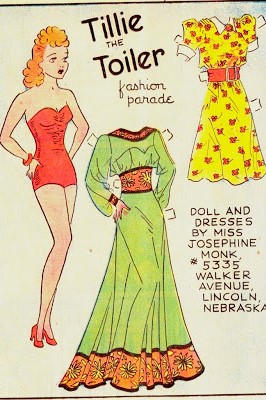 Though Tillie is a "working girl" in the old-fashioned sense, being a model on the side inclined her working life towards the exotic, if not the suggestive. This was the '20s, after all, and the Hays code (which may or may not have included the funny papers) had not yet kicked in. Betty Boop still wore skirts that barely covered the essentials, whereas in wartime, they were somewhat below the knee. As for that wardrobe. . . do you remember Carrie Bradshaw of Sex and the City? How on earth could she afford all those Manolo Blahniks from writing one skimpy column a week about the sexual goings-on in a large American city? 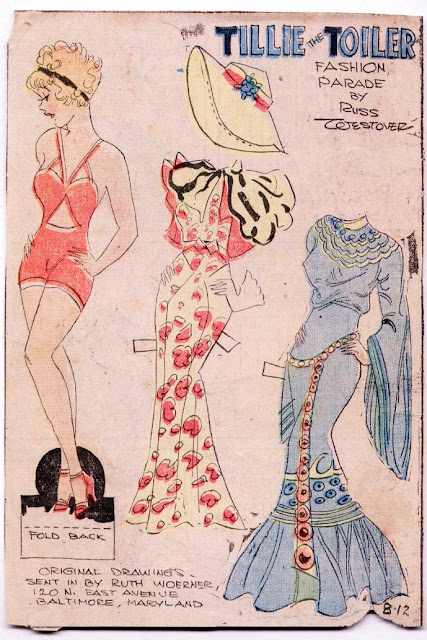 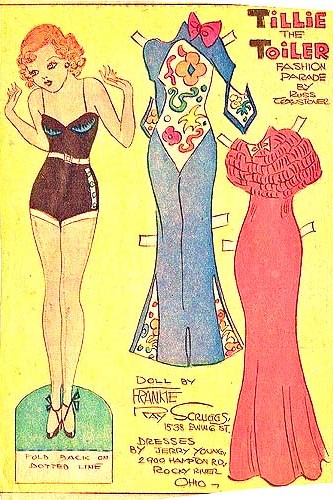 Honestly, some of these are plain gorgeous! My only question now is: did Tillie, like Boop, ever become an animated character? I can't find any evidence of it, nor can I find any clips from her two eponymous (I've been waiting all my life to use that word) movies. Turner Classics may some day dredge one of them up - their selections can be pretty dreadful, stretching the definition of the word "classics".

So is Tillie the Toiler a thinner version of Hilda? I don't think so. Hilda was carefree and unsophisticated, and while she was always on the phone, reading letters and running around in skimpy clothing, implying there were definitely boy friends in her life, you got the idea she wasn't being chased around the desk like Tillie. And her wardrobe (bikinis made of autumn leaves, daisies or flour sacks) was too simple for tabs.