Stupid genius: the man who had to pee

The peculiar death of the astronomer may still be a mystery. He was attending a banquet in Prague, reportedly hosted by a wealthy aristocratic family. After drinking too much during the party, he refused to go to the bathroom despite his physiological urges, thus rupturing his bladder. 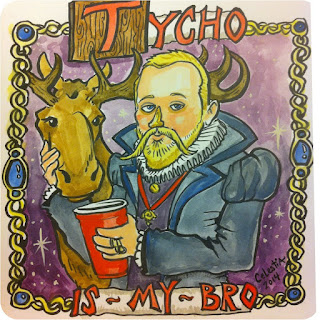 Apparently, he kept holding in and could not get up from the table to relieve himself, carefully trying not to insult the wealthy family, since people that are present at the table must not get up before dinner is finished, as it is a breach of etiquette. Brahe’s bladder surely must have been of astronomical proportion before it burst, actively trying to appease courteous etiquette rather than surrendering to biological urges.

This would have been a noble display of moral courtesy if it wasn’t for the excruciating pain in his stomach. He could not urinate properly, felt constant writhing pain and kept trying to convince Kepler to adopt his planetary system to no avail. Tycho Brahe died in agony, eleven days later, on 24 October 1601, at the age of 54 and he wrote his own epitaph: “He lived like a sage and died like a fool.”

There have been speculations that the unfortunate astronomer has been poisoned with mercury, fueling rumors that Kepler was trying to kill him in an act of jealousy or spite. Some scientists that exhumed Brahe’s grave in 1901 tried to solve the mystery once and for all but failed as there was not enough evidence. Results show that mercury concentrations in his body were not even close to high, so it’s impossible that he was poisoned in this way. Statue of Brahe and Kepler in Prague, Czech Republic.

Tycho’s hopeful planetary model was discredited, but his research and astronomical observations were an essential contribution to astronomy. He was primarily an empiricist who set new standards for precise and objective measurements, although he would flip his wig if he found out that the Earth orbits the Sun. If only he answered nature’s call, who knows if he would have renounced his erroneous planetary model, done even more crucial research, invented new measuring equipment, or kept throwing lavish parties. 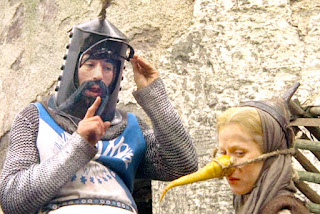 In 1566 at the age of 20, he lost part of his nose in a duel with another Danish nobleman named Manderup Parsbjerg. The duel is said to have started over a disagreement about a mathematical formula. Because 16th century Denmark didn't have resources like the internet to figure out who was right, the only solution was to try to kill each other. For the rest of his life, Brahe wore a prosthetic nose. His fake nose was likely made of copper, although he probably also had gold and silver noses around for special occasions. 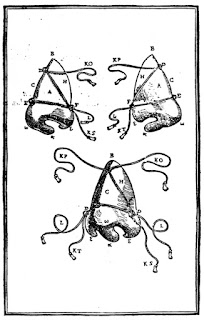 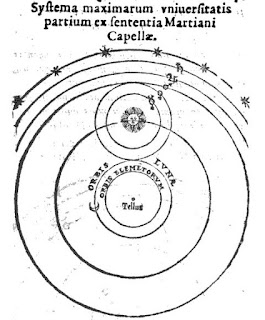 He lived in a castle, where he kept a rather unusual group of regular entertainers. He employed a little person called Jepp, who Brahe believed possessed psychic powers. Jepp was his court jester, and spent most dinners under the table. It's probably best not to speculate on just why Brahe preferred that arrangement. Then there was Brahe's elk, a tame beast that Brahe kept as a prized pet. The elk met a rather bizarre end, reportedly drinking a lot of beer while visiting a nobleman on Brahe's behalf, after which it fell down the stairs and died.

BLOGGER'S NOTES. Fake nose, drunk elk, lascivious dwarf: this must be the wonderful world of Tycho Brahe! All the bizarre crap surrounding his life is much more interesting than a rather sad career spent in Kepler's shadow.

But I had to include an excerpt from that amazing source of historic bullshit, The Vintage News. For some reason I am still on their shit list after a couple of years of bitter exile. I am not allowed to like a post, or comment or reply to a comment (though I'm still allowed to share - as if I'd want to, the way they treat me!) because of some unknown sin I have committed. Thus I am forced to read everyone else's comments, including those of a self-proclaimed neo-Nazi with guns, insignias and pictures of Hitler all over his home page.

Not only does The Vintage News do very well without using any researchers or fact-checkers, they can't write in English and give the impression of a very bad translation. It's entertaining, at least, if a little infuriating.

Of course, I had to find out if you actually can burst your bladder. Apparently it's rare unless your bladder is diseased and/or has received a violent trauma. Bursting it from crossing your legs is rare, because - and I found this particularly fascinating - the body just takes care of the problem, and it starts coming out all by itself! Clever of the body.

Didn't Kramer say that on Seinfeld once? I think so, but I have no idea in which episode. 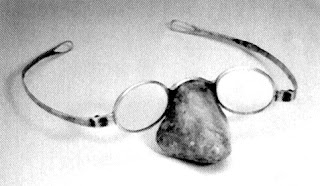 
TYCHO BRAHE HAD NO NOSE.  HOW DID HE SMELL?  TERRIBLE.

Posted by Margaret Gunning at 12:03 PM No comments: