Some have called this the first Star Trek movie ever made. Gulp! It's surely a close knockoff in certain ways. Music is blatantly stolen, as are sound effects. That's good, because it anchors us in a kind of reality.

I think this was made on a budget of $200.00 or so, whatever that is in the Turkish currency of the day. Where they got the tatty costumes for the monsters is beyond me. But back in 1974, this was prime entertainment in Turkey, and to tell the truth, it's every bit as entertaining now, if for different reasons.

This is all over YouTube, of course, but in fragments. I looked at a lot of them before deciding to post the whole thing. Don't ask me what it means, because there are no subtitles; the video title lies. But who cares? We're too busy saying things like, "Gawd, that's Uhura?"

Just hearing the Star Trek characters speak rapidly in Turkish is amusing, and I nearly posted the inverse, an original Star Trek episode dubbed into Turkish. The voice actors couldn't be more inappropriate, which is where the ha-ha-ness comes from.

But do you know where the ha-ha-ness DOESN'T come from? Lame English subtitles that really aren't funny at all. Too many videos are ruined by this, along with sappy music superimposed on breathtaking natural scenes. Why gild the lily? It stomps all over the amazement you feel at such sublime ineptitude. Certain late-night-monster-movie TV shows are the worst at this, breaking in at every opportunity with stupid remarks like, "Woah, look at that, dude!" and "Yeah, like the monster isn't going to see them!"  One host named Elvira used to have her head pop into a corner of the screen every five minutes and say something snappy (meaning, totally stupid and unnecessary). Why would this enhance anybody's viewing of anything?

So this is a pretty pure experience. I think this movie has a little bit of every Star Trek episode ever made in it. It also includes a kind of Turkish stock figure, a tourist who ends up blundering into all sorts of bizarre locations/situations (including the Starship Enterprise). I won't attempt to spell his name. 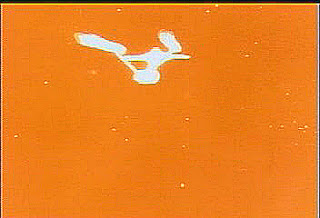 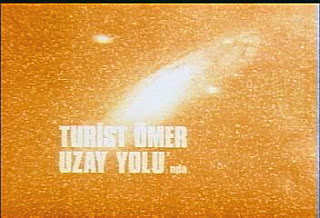 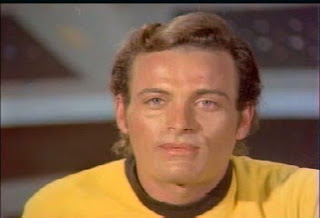 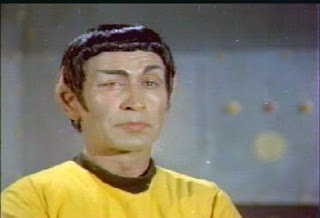 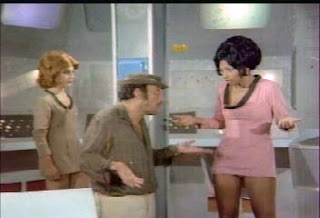 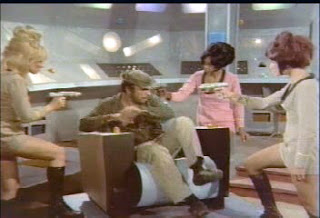 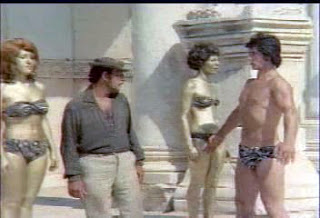 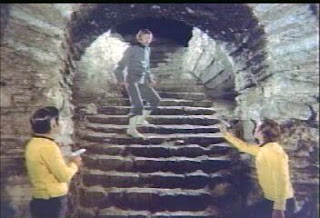 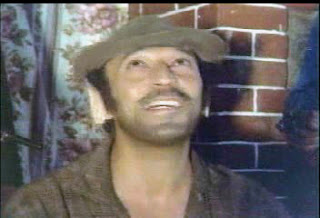 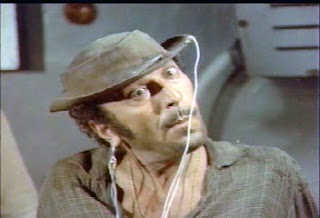 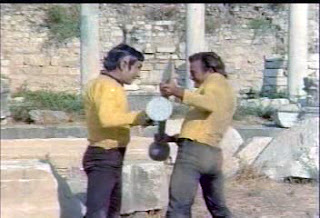 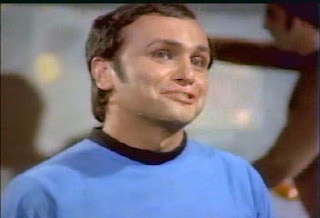 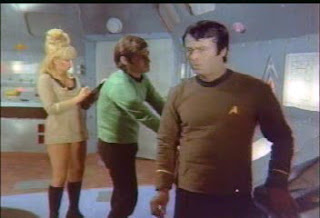 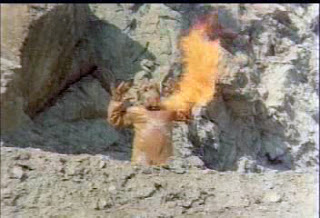 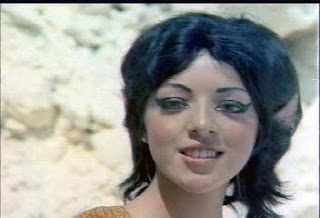 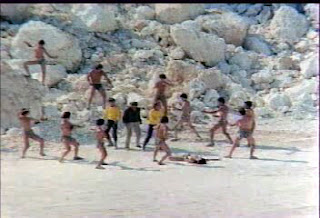 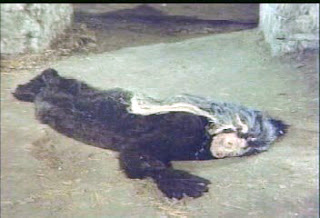 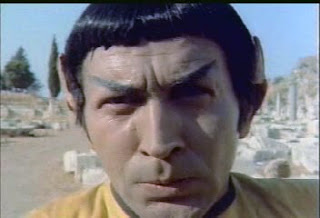 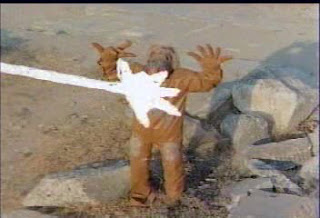 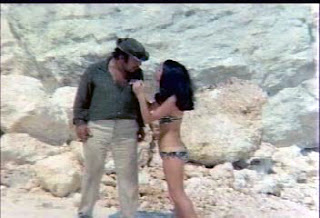 Posted by Margaret Gunning at 12:36 AM No comments: